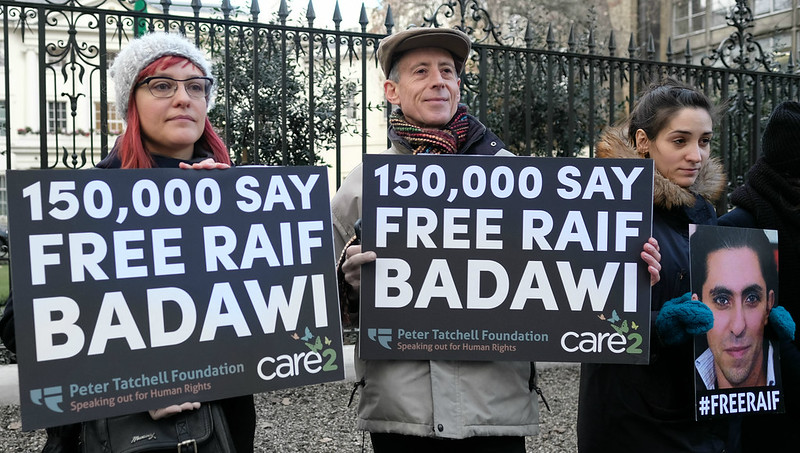 A protest outside the Saudi Arabian Embassy in London on Friday 13 January 2017 to mark Raif Badawi's thirty third birthday. Badawi is a Saudi writer and activist who has been detained since 2012 for saying what he thinks. Photo by: Alisdare Hickson

Saudi blogger Raif Badawi has been released from prison in Saudi Arabia after serving a 10-year sentence for advocating an end to religious influence on public life, his wife said on Friday.

“Raif called me. He is free,” his wife, Ensaf Haidar, who lives in Canada with their three children and had been advocating for his release, told AFP.

Badawi’s release was also confirmed by a Saudi security official who said on condition of anonymity that Badawi “was released today”.

“I jumped when I found out. I couldn’t believe it. I can’t wait to see my dad, I’m so excited,” one of his daughters, Nawja Badawi, 18, told AFP.