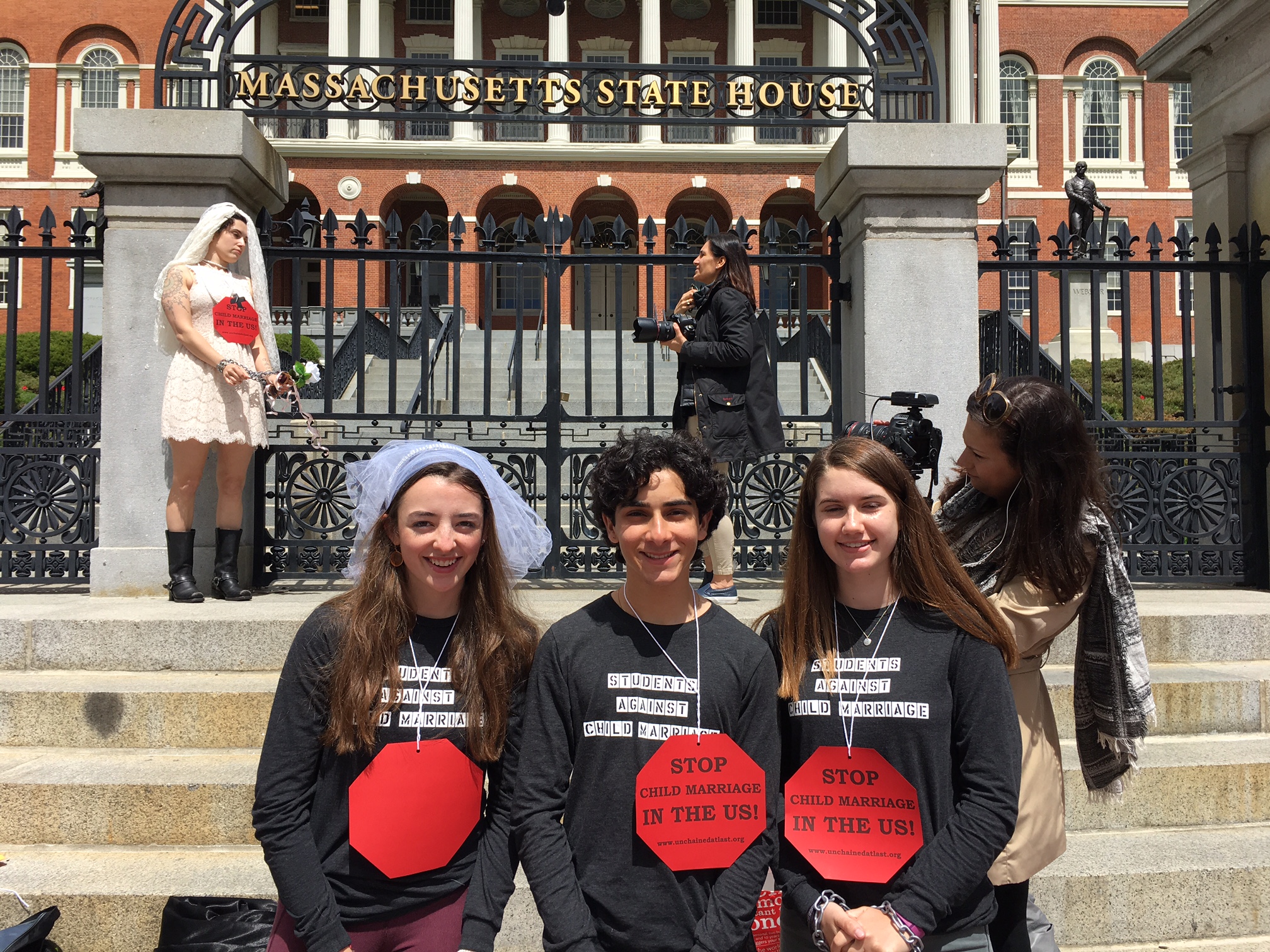 I was inspired to start the Students Against Child Marriage Club at Brookline High School after hearing Layli Miller, the founder of the Tahirih Justice Center, give a talk at our school last year. I then read an article in the Boston Globe last August that talked about child marriage in Massachusetts. I was shocked that this is happening in our state, which is such a champion of human rights and is at the forefront of social justice issues. So I wanted to take action because I view child marriage as a form of child abuse.

My friends and classmates that I’ve talked to about the issue were absolutely shocked. They had no idea that there is no minimum age to get married in the state, and that child marriage is legal in Massachusetts as well as in most parts of the United States. 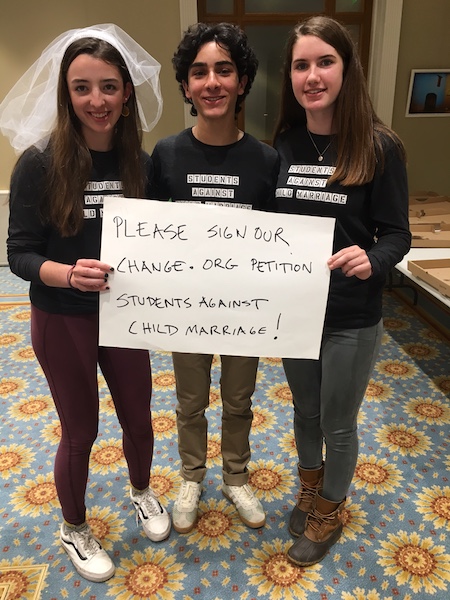 Kian S. Khadem pictured center with two friends after the Chain-In in Boston.

Many of my classmates have joined the club because they agree with what we are saying and want to join the fight to end child marriage in Massachusetts, and the entire country.

To get involved, we created a petition that supports Representative Kay Khan and Senator Harriette L. Chandler’s bill, H2310/S785 “An Act to End Child Marriage in Massachusetts.”

We’ve also participated in the Chain-In in Boston with Unchained at Last. This was a very interesting and inspiring experience, getting to hear what everyone had to say and to seeing everyone’s passion and determination. Because of this our club feels more motivated to help pass this bill.

I recommend to others that don’t know how to get involved to get educated on the issue and then educate others on child marriage, to help raise awareness and to sign the petition. Also they should put pressure on our legislators to be the first state in the country to end child marriage.

To end child marriage in the US, awareness needs to be raised to a national level. People do not know that child marriage is allowed. Most people are outraged when they find out. There needs to be a national awareness campaign where children who have been forced into child marriage testify and bring attention to their suffering and inability to escape because they can’t access social services, get a credit card, or sign contracts.

Essentially children are trapped in a marriage and invisible to the rest of society, and many people do not know that.

Read here to learn more about forced and child marriage