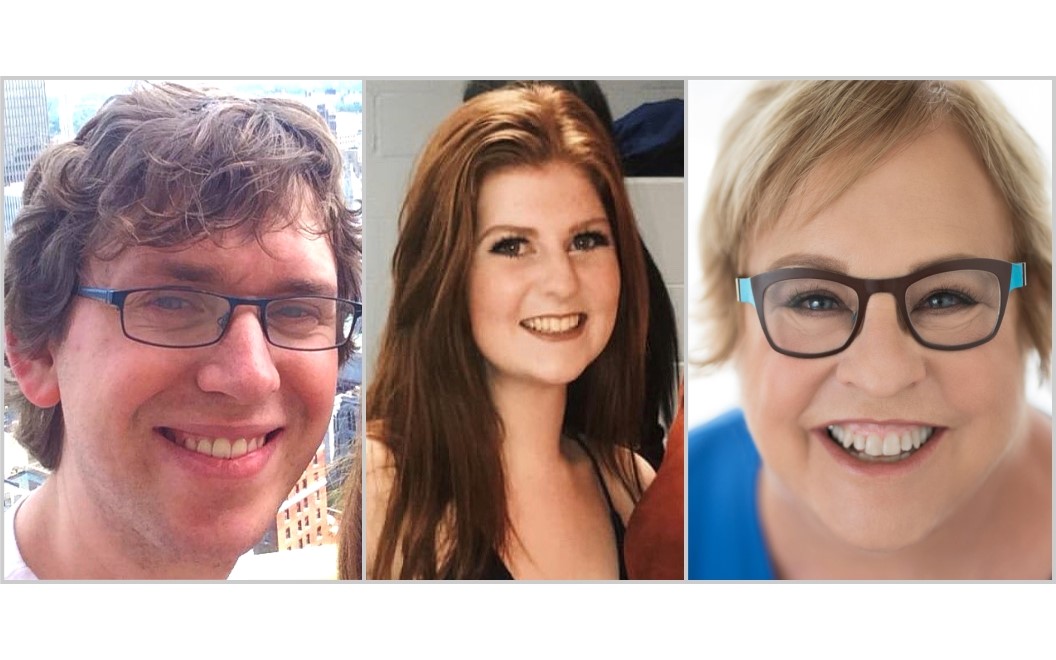 Facebook allows its users to dedicate their birthday to a charity of their choice. This means you can ask your friends to donate to your favorite cause – in lieu of presents. Meet a few supporters who chose AHA Foundation as their charity. 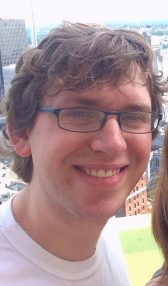 Michael Dixson is 32 years old and has been married to his wife Mandy for five years. He lives in Buffalo, New York and has three cats named Baxter, Luna, and Oliver. Michael works in data entry at a financial institution. He enjoys reading, watching movies, and attending concerts with his wife.

Michael: I became interested in AHA Foundation after hearing about Ayaan Hirsi Ali from Sam Harris a few years ago.  I then went on to read her book Heretic and always admired her commitment to seek ways to improve the lives of Muslim women and those affected by female genital mutilation (FGM), honor violence, and forced marriages.

At some point I visited AHA’s website and signed up for email updates. Now I follow them on Facebook as well! I have been following the Foundation for probably around three years.

AHA Foundation: Asking others to donate to any charity for your birthday is very generous. Why did you pick AHA Foundation?

Michael: I picked AHA Foundation because I feel that the issues addressed by the Foundation are often overlooked by mainstream media. The victims of female genital mutilation, honor killings, and forced marriages deserve to have their stories told and to have an organization such as AHA Foundation that works towards eliminating these practices as soon as possible. All women should be free from this kind of treatment.

Michael: Seeing my friends and family donate in honor of my birthday made me very happy that they were willing to participate in helping to raise money for a cause I strongly believe in. I felt a great deal of gratitude that my friends would take the time to donate money to help women in dangerous situations.

Such a practice should not exist anywhere, let alone the United States…

Michael: The topic that interests me most is probably the FGM policy work. Specifically, working to improve or create FGM legislation in each state. I first learned about FGM either through AHA Foundation or through Ayaan Hirsi Ali speaking about it online. I was shocked that this practice existed and that it was much worse than male circumcision.  Such a practice should not exist anywhere, let alone the United States, and I find it admirable that AHA Foundation goes to such lengths to strengthen legislation in every state. 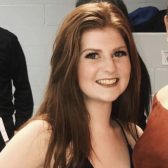 Hannah St. Jean is a college freshman who is passionate about civil rights. She is currently studying communications with a digital media production concentration in Fort Lauderdale, FL. She wants to become a professional filmmaker and work in the film production industry.  She also has a deep love for superheroes and believes everyday people can be heroes by making positive change in the world. Her hope is to be able to use her creative skills to help victims of abuse and to prevent it from happening.

Hannah: I became interested in the Foundation around May 2018 because one of its main focuses is on helping survivors deal with the mental and physical consequences of FGM and the policy work that helps put laws in place to ensure protection of survivors or at-risk girls.

I first realized how serious of an issue this was while watching The Handmaids Tale on Hulu. One of the characters was punished with FGM and I realized that this is a real practice still currently performed on girls.

The episode shocked and confused me because I did not understand why someone would want to harm a girl’s body in this way. This peaked my interest and I wanted to know more, so I looked up FGM and found out that it is very common in certain countries, and is even performed in the U.S. I was deeply disturbed by this and decided I needed to do something to help these girls. I found AHA Foundation and decided to support the Foundation because it enables me to help girls at-risk and survivors.

AHA Foundation: Asking others to donate to any charity for your birthday is very generous, why did you pick AHA Foundation?

Hannah: Female genital mutilation tends to be a uncomfortable topic for many to discuss. This leads to the issue being ignored, and I believe we must discuss FGM to eradicate the harmful practice.

Before finding AHA Foundation, I had no idea this was taking place in my own country and it scared me. To my initial understanding, this practice was only happening in other countries, far away, or in television shows but this is not the case. I now realize that this practice is real and my fellow citizens are not protected from this practice.

Since I am so passionate about ending female genital mutilation, I needed to choose a charity that would educate and empower people to take a stand against FGM. I felt I couldn’t go any longer without talking about it.

Before finding AHA Foundation, I had no idea this was taking place in my own country and it scared me

Hannah: It feels so rewarding to see others people learning about gender-based violence such as FGM, forced marriage, and honor violence. Many of my friends and family even cared enough to contribute to help AHA Foundation fight for survivors and at-risk girls. It is encouraging to see how people care about stopping this unnecessary procedure.

Hannah: You may be able to tell, FGM interests me the most. Stopping female genital mutilation has become a passion of mine because it is a gender-based violence that happens in the U.S. and it goes largely unnoticed. It pains me that 23 states still do not have laws criminalizing FGM. That is beyond terrifying and I believe many citizens do not realize this practice is performed in the U.S. Advocating for stronger FGM laws and education for citizens has become one of my top interests.

Jo Anne: I have been following Ayaan Hirsi Ali since reading her book, Infidel, about ten years ago.  I have always admired her courage and her outspokenness for women’s rights and free speech. I read about her Foundation this year when reading an article on her website. I believe that FGM is a much-overlooked tragedy in our country and overseas, and am happy to support the Foundation’s fight against harmful cultural practices. I’ve been actively following AHA Foundation for about six months through the newsletter and social media.

AHA Foundation: Asking others to donate to any charity for your birthday is very generous, why did you pick AHA Foundation?

Jo Anne: I prefer to give to smaller organizations that do work that I am passionate about because I know the funding is getting used properly to save women and girls in the U.S.  I am happy to do my small part as a supporter of the Foundation to reach out to my friends and family and educate them on these topics. I forwarded Facebook messages and tweets about FGM to my friends to show them your work and encourage them to support the Foundation as well. In addition to donating directly, I have selected AHA Foundation as my choice nonprofit through AmazonSmile. It costs me nothing to help!

Jo Anne: I was surprised and delighted by their generosity. Knowing that my friends and family care enough to donate money in honor of my birthday is a great birthday gift. It was also a great way to educate others on what AHA Foundation does.

Jo Anne: I’m very interested in the topic of free speech, but I’m most captivated by the fight against FGM.  It is an outrage that it is allowed to happen anywhere in the world, let alone the United States. Women and girls should be protected in the U.S., and every state should criminalize FGM. It’s a barbaric practice that must be stopped.

AHA Foundation would like to thank its donors, Michael, Hannah, and Jo Anne for dedicating their birthdays to raise funds for programs that protect women and girls at risk of FGM and other dangerous practices.

Feeling inspired? Want to set up your own fundraiser for AHA? Click here for instructions.