Survivor of FGM, Assita Kanko, Fights for Human Rights for Everyone 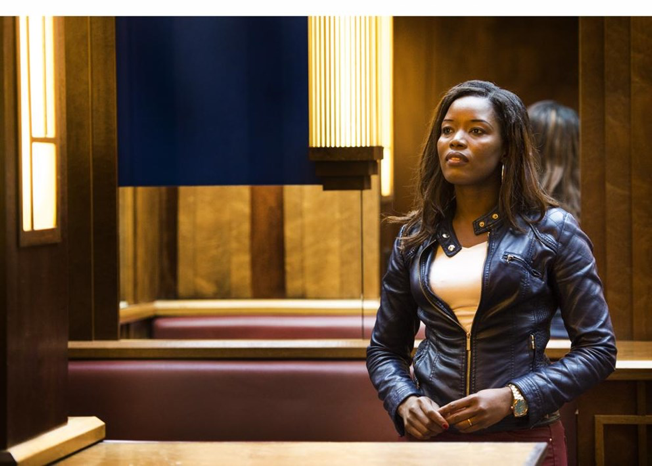 Blog is based on past interviews and conversations with Assita Kanko.

“Loneliness, the smell of the place where I was cut, and the pain.” These are among the most prominent memories Assita Kanko, a survivor of female genital mutilation (FGM), carries from the day she was cut. She was only five years old. Despite the traumatic nature of these memories, Assita refuses to be silent.

Similar to other survivors, the pain Assita felt on the day she was cut has extended far beyond the physical pain of the procedure and into adulthood. Talking about her experiences, she spoke of her mother’s role in the process. On the day of her mutilation, Assita’s mother told her that she was going to take her to play at her best friend’s house. Instead of a playdate, she took Assita to the market, where older women grabbed Assita and carried her off to an old house with several other little girls. While holding the razor blade, the women held Assita down on the ground with her legs spread.

Assita remembers feeling excruciating pain and pleading to those who were watching to help her. But no one moved. “That’s what hurt me the most,” shared Assita. Her mother, and the many women who stood by to watch the cutting, left five-year-old Assita to deal with the pain alone, feeling betrayed. When asked about her mother, she replied, “They did not cut only a part of my genitals, they cut also my relationship with my mother on that day.” Although their relationship began to recover once her mother got a job and became more independent, it is not until recent years that Assita and her mother discussed what occurred on that day.

“They did not cut only a part of my genitals, they cut also my relationship with my mother on that day.”

Today, when Assita discusses FGM, she describes it as a method of domination over women. She is against all forms of FGM, including a lesser invasive type known as ‘ritual nick,’ and has stated “you can’t have a minor FGM.” She frequently discusses why FGM is dangerous, noting the extreme pain of the procedure, various health complications that can occur, and how FGM hurts girls’ self-esteem in the long term. She believes that we need to stop practicing traditional practices that jeopardize women’s health, and that neither cultural groups nor doctors should practice FGM.

Even though her experiences with FGM have played a large role in her investment with women’s rights, Assita says she has always noticed many other ways the unfair power dynamics work against women. While still living in her home country, Burkina Faso, she became inspired to make systemic changes. She rebelled against the power of harmful traditional practices, including polygamy and FGM, and aspired to be a political leader, despite the barriers to political careers women face.

She now resides in Brussels, Belgium, where she works as a politician, a columnist, and an activist. She continues to tell her story about life in Burkina Faso, her experiences with FGM, and to speak out about the importance of education and universal human rights. “When they wrote about universal human rights” she said, “nobody said that the rights apply to only whites, or blacks, or Muslims, or non-Muslims. They are for everyone.” She advocates especially for the rights of women and girls of color, and offers several suggestions about how true understanding of diversity can create a change.

“When they wrote about universal human rights, nobody said that the rights apply to only whites, or blacks, or Muslims, or non-Muslims. They are for everyone.”

For example, one solution offered by Assita, is to increase neighborhood diversity through urban planning.  “We must not make legal segregation” Assita asserted, “we must not go and park all the migrants in all the same neighborhoods, and all the others to other places, because then the social pressure is developing and they will keep doing the same things.” She instead suggests that we integrate, talk to each other, and provide equal education and economic development opportunities. She believes that through these changes, traditional practices will hold less power, women will be empowered to participate in politics and civil society, and people will be better able to take a stand against the injustices faced by their communities.

The opinions stated above are those of Assita Kanko and do not necessarily represent the views of the AHA Foundation.