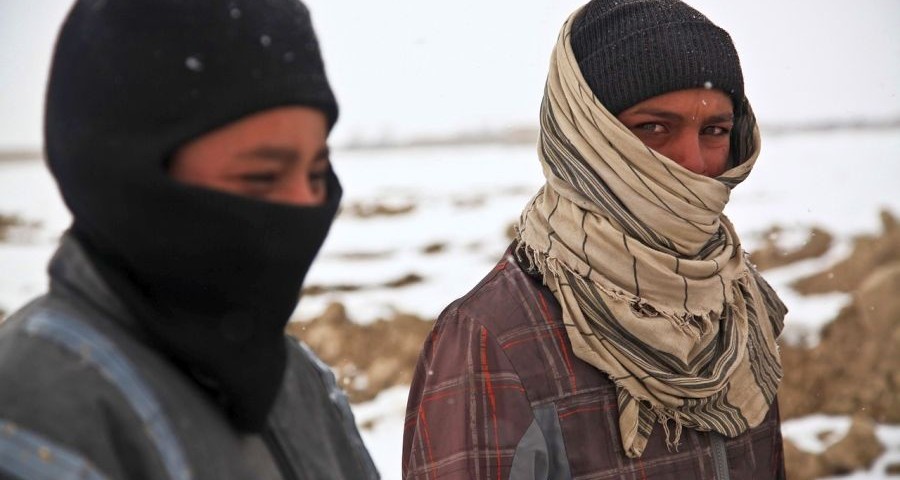 Ayaan Hirsi Ali’s article in Newsweek discusses that “From one end of the muslim world to the other, Christians are being murdered for their faith.”

We hear so often about Muslims as victims of abuse in the West and combatants in the Arab Spring’s fight against tyranny. But, in fact, a wholly different kind of war is underway—an unrecognized battle costing thousands of lives. Christians are being killed in the Islamic world because of their religion. It is a rising genocide that ought to provoke global alarm.

The portrayal of Muslims as victims or heroes is at best partially accurate. In recent years the violent oppression of Christian minorities has become the norm in Muslim-majority nations stretching from West Africa and the Middle East to South Asia and Oceania. In some countries it is governments and their agents that have burned churches and imprisoned parishioners. In others, rebel groups and vigilantes have taken matters into their own hands, murdering Christians and driving them from regions where their roots go back centuries.

The media’s reticence on the subject no doubt has several sources. One may be fear of provoking additional violence. Another is most likely the influence of lobbying groups such as the Organization of Islamic Cooperation—a kind of United Nations of Islam centered in Saudi Arabia—and the Council on American-Islamic Relations. Over the past decade, these and similar groups have been remarkably successful in persuading leading public figures and journalists in the West to think of each and every example of perceived anti-Muslim discrimination as an expression of a systematic and sinister derangement called “Islamophobia”—a term that is meant to elicit the same moral disapproval as xenophobia or homophobia.

But a fair-minded assessment of recent events and trends leads to the conclusion that the scale and severity of Islamophobia pales in comparison with the bloody Christophobia currently coursing through Muslim-majority nations from one end of the globe to the other. The conspiracy of silence surrounding this violent expression of religious intolerance has to stop. Nothing less than the fate of Christianity—and ultimately of all religious minorities—in the Islamic world is at stake.

From blasphemy laws to brutal murders to bombings to mutilations and the burning of holy sites, Christians in so many nations live in fear. In Nigeria many have suffered all of these forms of persecution. The nation has the largest Christian minority (40 percent) in proportion to its population (160 million) of any majority-Muslim country. For years, Muslims and Christians in Nigeria have lived on the edge of civil war. Islamist radicals provoke much if not most of the tension. The newest such organization is an outfit that calls itself Boko Haram, which means “Western education is sacrilege.” Its aim is to establish Sharia in Nigeria. To this end it has stated that it will kill all Christians in the country.

In the month of January 2012 alone, Boko Haram was responsible for 54 deaths. In 2011 its members killed at least 510 people and burned down or destroyed more than 350 churches in 10 northern states. They use guns, gasoline bombs, and even machetes, shouting “Allahu akbar” (“God is great”) while launching attacks on unsuspecting citizens. They have attacked churches, a Christmas Day gathering (killing 42 Catholics), beer parlors, a town hall, beauty salons, and banks. They have so far focused on killing Christian clerics, politicians, students, policemen, and soldiers, as well as Muslim clerics who condemn their mayhem. While they started out by using crude methods like hit-and-run assassinations from the back of motorbikes in 2009, the latest AP reports indicate that the group’s recent attacks show a new level of potency and sophistication.

The Christophobia that has plagued Sudan for years takes a very different form. The authoritarian government of the Sunni Muslim north of the country has for decades tormented Christian and animist minorities in the south. What has often been described as a civil war is in practice the Sudanese government’s sustained persecution of religious minorities. This persecution culminated in the infamous genocide in Darfur that began in 2003. Even though Sudan’s Muslim president, Omar al-Bashir, has been indicted by the International Criminal Court in The Hague, which charged him with three counts of genocide, and despite the euphoria that greeted the semi-independence he grant-ed to South Sudan in July of last year, the violence has not ended. In South Kordofan, Christians are still subject-ed to aerial bombardment, targeted killings, the kidnap-ping of children, and other atrocities. Reports from the United Nations indicate that between 53,000 and 75,000 innocent civilians have been displaced from their resi-dences and that houses and buildings have been looted and destroyed.

Both kinds of persecution—undertaken by extragovernmental groups as well as by agents of the state—have come together in Egypt in the aftermath of the Arab Spring. On Oct. 9 of last year in the Maspero area of Cairo, Coptic Christians (who make up roughly 11 percent of Egypt’s population of 81 million) marched in protest against a wave of attacks by Islamists—including church burnings, rapes, mutilations, and murders—that followed the overthrow of Hosni Mubarak’s dictatorship. During the protest, Egyptian security forces drove their trucks into the crowd and fired on protesters, crushing and killing at least 24 and wounding more than 300 people. By the end of the year more than 200,000 Copts had fled their homes in anticipation of more attacks. With Islamists poised to gain much greater power in the wake of recent elections, their fears appear to be justified.

Egypt is not the only Arab country that seems bent on wiping out its Christian minority. Since 2003 more than 900 Iraqi Christians (most of them Assyrians) have been killed by terrorist violence in Baghdad alone, and 70 churches have been burned, according to the Assyrian International News Agency (AINA). Thousands of Iraqi Christians have fled as a result of violence directed specifically at them, reducing the number of Christians in the country to fewer than half a million from just over a million before 2003. AINA understandably describes this as an “incipient genocide or ethnic cleansing of Assyrians in Iraq.”

The 2.8 million Christians who live in Pakistan make up only about 1.6 percent of the population of more than 170 million. As members of such a tiny minority, they live in perpetual fear not only of Islamist terrorists but also of Pakistan’s draconian blasphemy laws. There is, for example, the notorious case of a Christian woman who was sentenced to death for allegedly insulting the Prophet Muhammad. When international pressure persuaded Punjab Gov. Salman Taseer to explore ways of freeing her, he was killed by his bodyguard. The bodyguard was then celebrated by prominent Muslim clerics as a hero—and though he was sentenced to death late last year, the judge who imposed the sentence now lives in hiding, fearing for his life.

Such cases are not unusual in Pakistan. The nation’s blasphemy laws are routinely used by criminals and intolerant Pakistani Muslims to bully religious minorities. Simply to declare belief in the Christian Trinity is considered blasphemous, since it contradicts mainstream Muslim theological doctrines. When a Christian group is suspected of transgressing the blasphemy laws, the consequences can be brutal. Just ask the members of the Christian aid group World Vision. Its offices were attacked in the spring of 2010 by 10 gunmen armed with grenades, leaving six people dead and four wounded. A militant Muslim group claimed responsibility for the attack on the grounds that World Vision was working to subvert Islam. (In fact, it was helping the survivors of a major earthquake.)

Not even Indonesia—often touted as the world’s most tolerant, democratic, and modern majority-Muslim nation—has been immune to the fevers of Christophobia. According to data compiled by the Christian Post, the number of violent incidents committed against religious minorities (and at 7 percent of the population, Christians are the country’s largest minority) increased by nearly 40 percent, from 198 to 276, between 2010 and 2011.

The litany of suffering could be extended. In Iran dozens of Christians have been arrested and jailed for daring to worship outside of the officially sanctioned church system. Saudi Arabia, meanwhile, deserves to be placed in a category of its own. Despite the fact that more than a million Christians live in the country as foreign workers, churches and even private acts of Christian prayer are banned; to enforce these totalitarian restrictions, the religious police regularly raid the homes of Christians and bring them up on charges of blasphemy in courts where their testimony carries less legal weight than a Muslim’s. Even in Ethiopia, where Christians make up a majority of the population, church burnings by members of the Muslim minority have become a problem.

It should be clear from this catalog of atrocities that anti-Christian violence is a major and underreported problem. No, the violence isn’t centrally planned or coordinated by some international Islamist agency. In that sense the global war on Christians isn’t a traditional war at all. It is, rather, a spontaneous expression of anti-Christian animus by Muslims that transcends cultures, regions, and ethnicities.

As Nina Shea, director of the Hudson Institute’s Center for Religious Freedom, pointed out in an interview with Newsweek, Christian minorities in many majority-Muslim nations have “lost the protection of their societies.” This is especially so in countries with growing radical Islamist (Salafist) movements. In those nations, vigilantes often feel they can act with impunity—and government inaction often proves them right. The old idea of the Ottoman Turks—that non-Muslims in Muslim societies deserve protection (albeit as second-class citizens)—has all but vanished from wide swaths of the Islamic world, and increasingly the result is bloodshed and oppression.

So let us please get our priorities straight. Yes, Western governments should protect Muslim minorities from intolerance. And of course we should ensure that they can worship, live, and work freely and without fear. It is the protection of the freedom of conscience and speech that distinguishes free societies from unfree ones. But we also need to keep perspective about the scale and severity of intolerance. Cartoons, films, and writings are one thing; knives, guns, and grenades are something else entirely.

As for what the West can do to help religious minorities in Muslim-majority societies, my answer is that it needs to begin using the billions of dollars in aid it gives to the offending countries as leverage. Then there is trade and investment. Besides diplomatic pressure, these aid and trade relationships can and should be made conditional on the protection of the freedom of conscience and worship for all citizens.

Instead of falling for overblown tales of Western Islamophobia, let’s take a real stand against the Christophobia infecting the Muslim world. Tolerance is for everyone—except the intolerant.