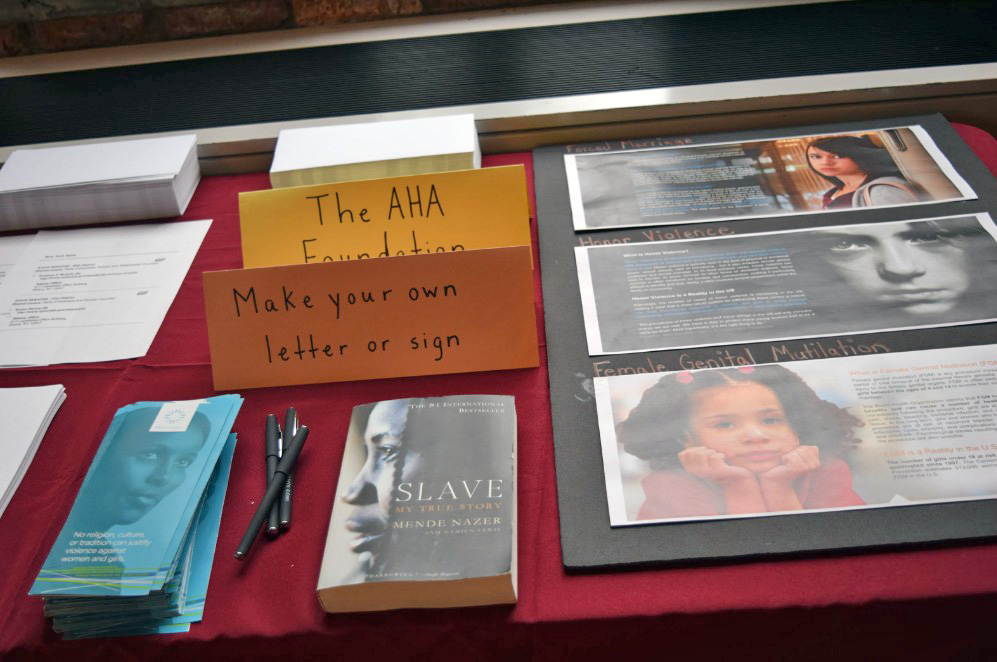 The Red Sand Gala was a night dedicated to advocacy and awareness on human trafficking. The event began with an introduction to human trafficking by Courtney Albert, founder of Give Way to Freedom, followed by the story of Jasmine Grace, a human trafficking survivor, and finished by Molly Gochman, founder of the Red Sand Project. We also had numerous organizations tabling, a very prominent one being the AHA foundation. Our CTF campus fellow spoke to individuals on how FGM, Child Marriage, and other forms of violence against women and children put those individuals at a greater risk for trafficking. Participants wrote and/ or signed letters to their senators asking them to expand the federal legislation against FGM.This event, which had more than 100 attendees, generated about $1,500 that was donated or used for various anti-trafficking causes.