The University of Central Florida: Women as Agents of Change Against the Forced Hijab 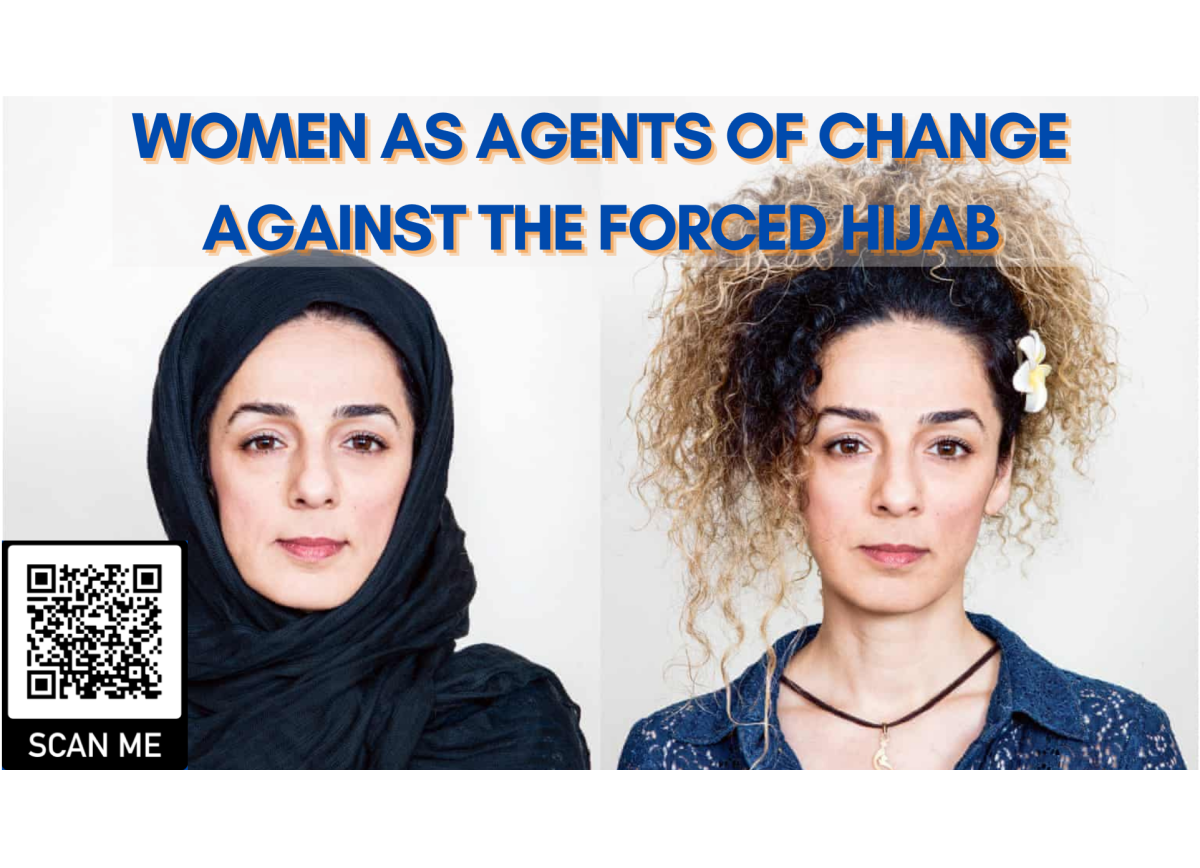 Faisal Saeed Al Mutar interviewed Masih Alinejad on the status of women’s rights in Iran via a Zoom webinar. Masih Alinejad is an Iranian journalist, author, and activist who is the founder of the My Stealthy Freedom campaign, which protests Iran’s compulsory hijab laws. Faisal is an Iraqi-born satirist, writer, and human rights advocate. He is also the founder of Ideas Beyond Borders (IBB), which promotes human rights, critical thinking, and science in the Middle East. This event was sponsored by the Critical Thinking Fellowship Campus Program, which is a joint initiative between IBB and the AHA Foundation. Both as Middle Eastern dissidents, Masih, and Faisal had great rapport, grasping the nuances of this conversation. In the discussion, Masih highlighted the experiences of women in the Islamic Republic of Iran.

Masih criticized the recent United Nations decision to appoint Iran to the women’s rights commission. She compared it to “putting ISIS in charge of monitoring human rights globally.” Faisal pressed her further on what  could have led to this situation, Masih explained that the four countries who voted for the appointment possibly had business interests with Iran.

Furthermore, Masih describes that if women don’t comply with the forced hijab, they are forbidden from receiving an education, job, and even a driver’s license. Due to this, she referred to the forced hijab as “the most visible symbol of oppression.” She persisted in describing how there would be massive outrage in America if a university kicked out a hijabi woman for not complying with their demand to remove her hijab. In this hypothetical situation, Masih illustrates the global rise of outrage from media and feminists as the support Iranians need but are deprived of.

Next, Masih described that grassroots movements keep her fighting for human rights amidst all the backlash. She explained that the Iranian women who stand up and fight against their oppression, knowing they can face harsh consequences, motivate her.

Masih discussed how mainstream media does not necessarily highlight the injustices happening in Iran, so social media has empowered Iranians to shatter censorship. Masih encouraged the audience to support Iranians fighting for their rights through social media. She communicated, “do not believe the lies of the Iranian regime and do not believe what the Islamic Republic’s apologists are saying to you and some media. Just search and find out the true information.”

This conversation eloquently addressed both the importance of women’s rights in Iran and the nuances that flood the topic.