Utah State University: The Battle for Free Speech in the 21st Century

The Battle for Free Speech in the 21st Century was a webinar concerning the multifaceted threats against free speech in the current moment, and the ways in which both governments and individuals can combat unnecessary restrictions on personal expression and promote a free society.

The discussion featured free speech advocate Flemming Rose, a Danish author and senior fellow at the Cato Institute. Previously, he served as a foreign correspondent in Moscow and Washington D.C., and as an editor at the Danish newspaper Jyllands-Posten. He is best known for publishing cartoons of the prophet Mohammad in Jyllands-Posten in 2005, a decision which started an international conversation on free expression and received strong backlash. His book “Tyranny of Silence: How One Cartoon Ignited a Global Debate on the Future of Free” describes this story in further detail. He has been the recipient of the Danish newspaper Weekendavisen’s Literary Prize, the prestigious Milton Friedman Prize for the Advancement for Liberty, the Publicist Prize from Denmark’s national press club, and the Honor Award for defending free speech by the Norwegian Organization Fritt Ord.

Mr. Rose started with an opening statement in which he provided an overview of the

three main arguments for free expression, and added his own fourth argument: the necessity of free speech for managing differences and promoting diversity. He continued by naming mass migration and digital technology as the two main trends shaping society today and proceeded to recognize the ways in which these trends add to complications regarding the limitations of free expressions, but nevertheless, increase the need for strong laws protecting free speech internationally. He gave an outline of some of the most pressing issues in the free speech conversation, including hate speech and fake news, as well as the strengths and weaknesses of solutions such as content moderation and governmental restrictions on free expression. Mr. Rose concluded his opening statement by calling individuals to have the courage to express themselves, reminding the audience freedom of speech is a right we have fought for.

The event then transitioned into a question and answer session with the audience.. Insightful answers were given to questions about government and business censorship, self-censorship, living in a post-truth society, and distinguishing between a “free” society and a “fear” society, and the effectiveness of grass-roots and citizen-led movements. Mr. Rose emphasized the power of fear as one of the most salient tactics for limiting free expression, and cited individual courage, regardless of societal pressures, as the most effective solution and only true antidote against restrictions on free speech. 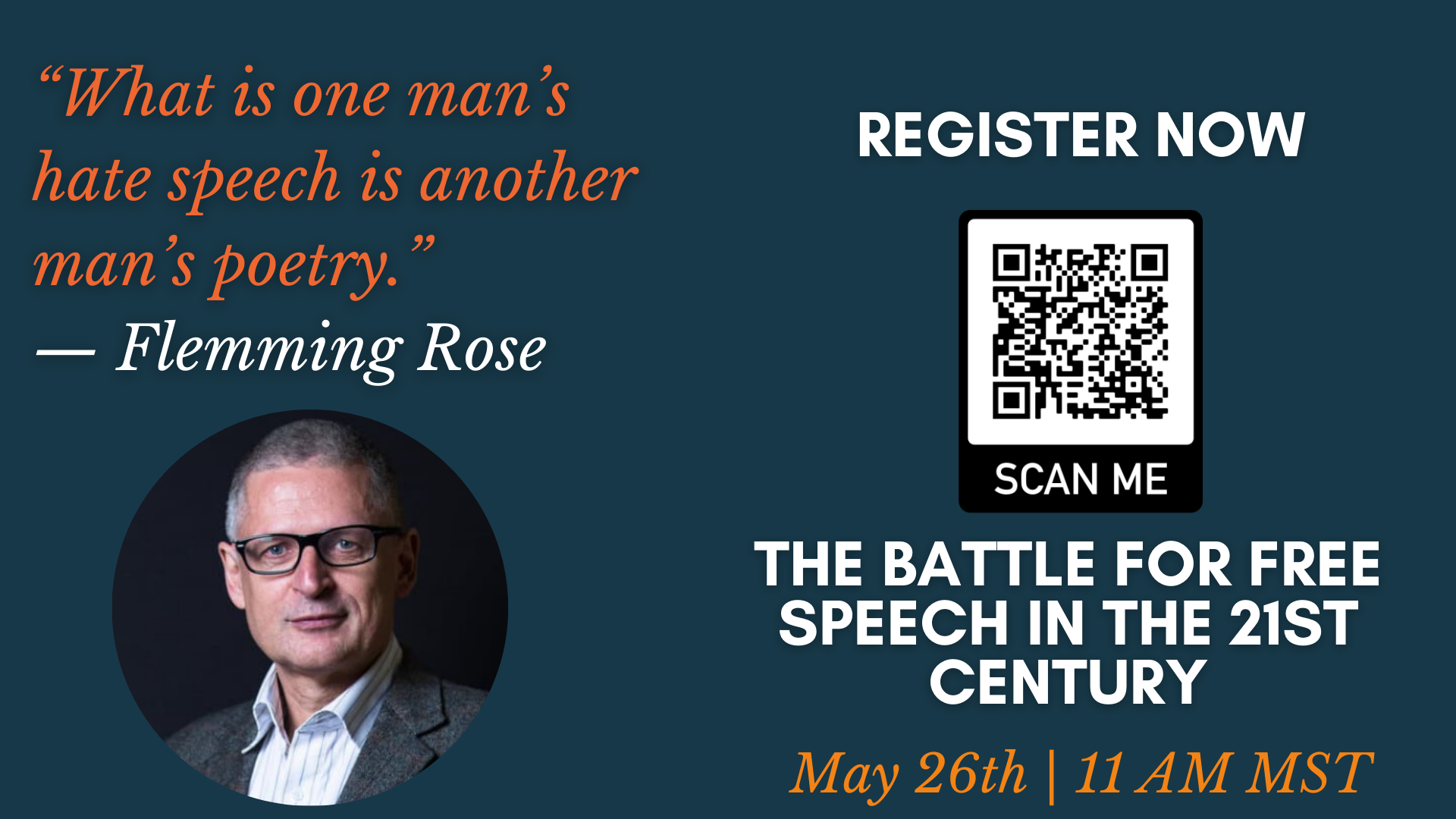