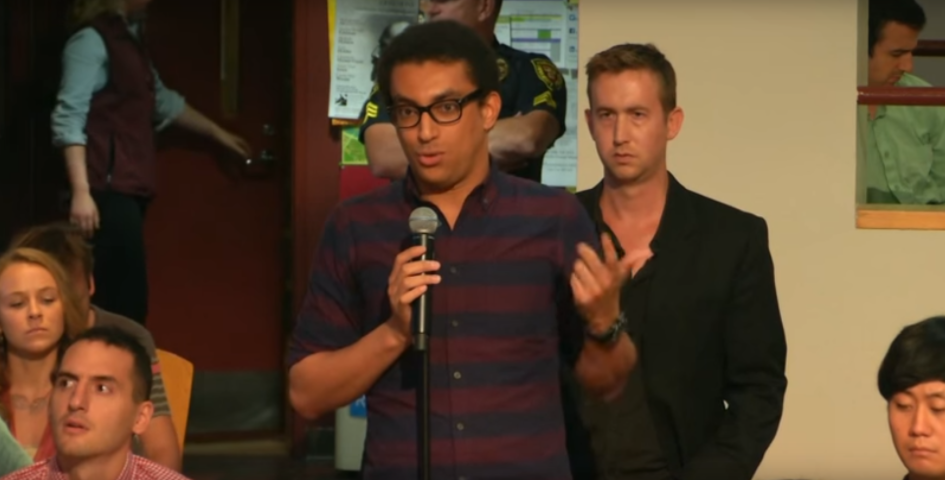 By Zouhair Mazouz, Director of Campus Initiatives at the AHA Foundation

When a group of dynamic youngsters took to the streets of Tunis, Cairo, Casablanca, Sanaa and Damascus in 2011, I spent days on end questioning my place in history. As a Western-educated Arab, I and others from my generation watched with awe as the protests of the Arab uprisings would topple longtime dictators. What the world saw in these events was a rejection of regimes. As a native of the Middle East and North Africa, I saw calls for the rejection of a whole social order. Arab Spring activists my age did not just want to kick out the Mubaraks, Ben Alis and Gaddafis of the world. They aspired to freer and fairer societies. Societies where one is not persecuted for their gender, religion, sexual orientation or viewpoints. Societies governed by rule of law, free speech and individual liberties. Societies no longer held behind by the crushing yoke of Sharia and blasphemy laws. If Western democracies could achieve that, then there was no way we Middle Easterners could not have similar aspirations.

It is following such a calling that in 2013, I decided to use my passion for writing to serve something greater than myself. I joined www.freearabs.com, an online magazine founded to channel the progressive voices of the Arab Spring. It was quite an empowering endeavor, for I was able to recognize that I was not alone in my secular aspirations. My experience as a journalist involved interacting with more than 200 bloggers, journalists, artists and activists advocating for a clear separation of mosque and state. In parallel, events on the ground betrayed such hopes. The ascent of Islamists to political office, coupled with the strengthening of blasphemy laws, ensured that our voices were not only going to be irrelevant but under threat as well. Just like many like-minded Arabs my age, I followed my survival instinct and decided to settle where the ideas that reformed my worldview came from. By moving to the United States, I would be able to fully embrace and celebrate my right to free speech as guaranteed in the First Amendment.

Or so I thought…

As a journalist in the United States, I encountered another form of censorship. Much more subtle, but not necessarily less toxic. Out of political correctness, mainstream media outlets seemed more willing to shut down Arab secular voices like mine than to defend the freedom of speech that allows them to operate. News organizations would censor themselves by refusing to tie terrorism to Islamic extremism, although terrorists would have no problem doing so. Most alarmingly, activists like Ayaan Hirsi Ali, who strive to combat the spread of extremist ideas, would be labeled “Islamophobes” or have their commencement speeches cancelled. As a graduate student at the Harvard Kennedy School, I discovered that university campuses harbor an even more pervasive form of censorship. In the name of preserving so-called “safe spaces,” important debates on gender equality, gay rights, free speech and religion are shut down instantly. Which begs the question: how “safe” are we when the places that train our future leaders think they should be protected from opposing views?

“For the battle of ideas to be fought fairly, free speech must be protected. Surely these are causes worth building a movement around.”

It is in that respect that I am delighted to join the Ayaan Hirsi Ali Foundation as Director of Campus Initiatives. Coming from a region of the world where free speech is not protected, I have come to appreciate the liberties afforded to me under the United States Constitution. I do believe that such liberties must never be taken for granted by younger generations of American students. Through engagement with our campus program fellows, the Ayaan Hirsi Ali Foundation’s team is determined to restore civility, understanding and tolerance in institutions of higher learning. For the battle of ideas to be fought fairly, free speech must be protected. Surely these are causes worth building a movement around.