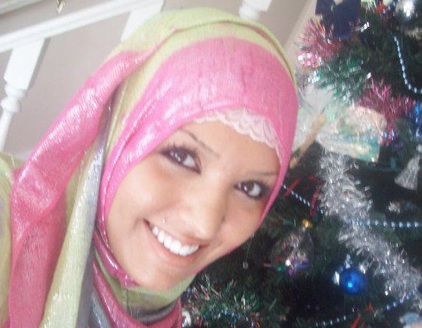 The verdict has been entered in the case against Rahim Alfetlawi for the murder of his 20-year-old stepdaughter, Jessica Modkad – guilty of murder in the first degree.  From the first days of this investigation, we have paid particular interest to this case as a possible honor killing.  Early reports from police indicated that Alfetlawi tracked his daughter from Minnesota to Michigan and shot her in the head because she had left home and was not following Islam.   Police explained that Mokdad was more “Americanized” than her strict Muslim stepfather, and that this tension contributed to her murder.[1]

In the months following Jessica’s murder, the prosecutor backed away from the possibility that this was an honor murder, stating that religion did not play a role in the case.[2]  Instead, prosecutors argued that Alfetlawi had been sexually abusing Mokdad for years and snapped when he learned she had told her mother about the abuse. [3]  The investigating officer explained that as the investigation continued, he came to believe that Alfetlawi was an abuser who went to great lengths to control every aspect of Jessica’s behavior and that it was this desire to control that was the primary motive for his violent conduct, not religion.  Jessica’s family has also been adamant that this was not an honor murder, explaining that Jessica was, in fact, a practicing Muslim and that Alfetlawi was not himself a particularly devout individual.[4]

We can debate the reported facts of this case to argue whether this was, in fact, an honor-motived crime, but to do so may be beside the point.  What this case offers is an opportunity to clarify what we mean when we talk about honor violence and how shining light on this form of violence against women is not an attempt to demonize entire religions or cultures, but rather an effort to protect untold numbers of girls and women in the U.S. from suffering a similar fate as Jessica Mokdad.

At the AHA Foundation, we define honor violence as a form of violence against women that is committed with the motive of protecting or regaining the honor of the perpetrator, family, or community.  Victims of honor violence are targeted because their actual or perceived behavior is deemed by their family or community to be shameful or to violate cultural or religious norms.  Honor violence involves systematic control of a victim that escalates over a period of time and may begin at a young age.  Honor violence can take many forms, including verbal or emotional abuse, threats, stalking, harassment, false imprisonment, physical violence, sexual abuse, and homicide. While honor violence does occur in Muslim communities, it is not a problem unique to Islam or any other religion.  Honor violence has been found in a variety of cultural and religious communities that have a strong sense of a collective identity and emphasize the well-being and honor of the collective community over that of any one individual.  It is from this mindset of protecting the collective – either familial, cultural, or religious – that the perpetrator of honor violence acts.  The primary objective of honor violence is to control the behavior of the victim, with force and violence if necessary, to bring her conduct into line with community expectations.

Religious beliefs are certainly a factor in many cases of honor violence, but the inquiry does not begin and end there.  To reduce the issue of honor violence to an attack on Islam or any other religion and dismiss it as a legitimate area of study and form of violence against women does a grave disservice to the women and girls in the U.S. who are daily victims of this form of control and abuse.  We cannot properly investigate these cases or ensure the safety and support of victims of honor violence without understanding the dynamics involved and the dangers posed by misguided notions of honor.  Brave young women like Jessica Mokdad and Noor Almaleki were not afraid to stand up to their oppressive communities to seek a life of their own choosing.  We owe it to them and every other girl like them who struggles against honor-based abuse and oppression not to be afraid to call out honor violence when we see it.  Only by doing so can we move forward to helping prevent these types of heinous murders.