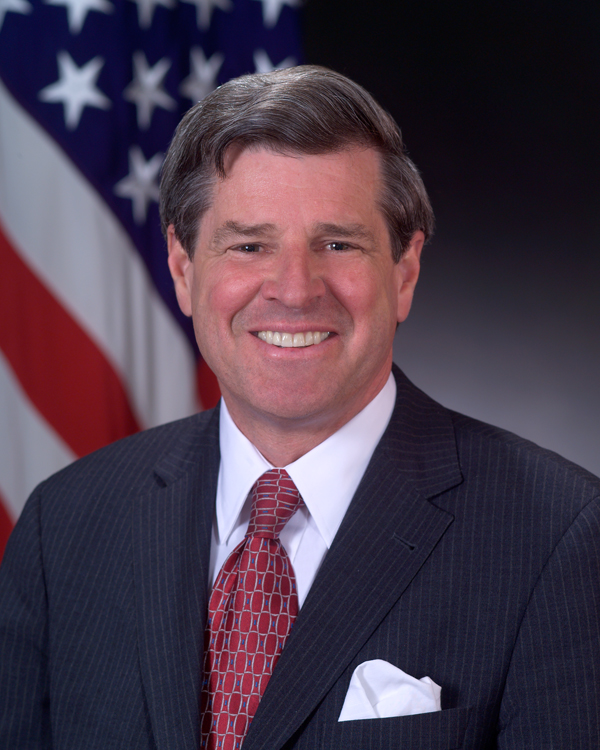 Like many other AHA Foundation supporters, Ambassador Bremer joined our cause after learning about the journey and work of our founder, Ayaan Hirsi Ali. Following the attacks of 9/11, Bremer was appointed to Iraq where he served until the Iraqi interim government was elected. Because of his work, the Iraqi parliament became one of the most inclusive for women in the entire Middle East. In an interview with us, Bremer explained how he and his team made that possible and he shared about a few life experiences he has in common with Ayaan.

Ambassador Paul Bremer, a long-time supporter of AHA Foundation worked in foreign affairs under President Ronald Reagan and President George W. Bush. In 2003, following the attacks of 9/11, Bremer was appointed as the head of the Coalition Provisional Authority (CPA) of Iraq, becoming the country’s chief executive authority. In this role, he helped establish an Iraqi interim government that was more inclusive of all people, especially women. We talked with Ambassador Bremer to discuss those experiences as well as his admiration of Ayaan Hirsi Ali.

AHA Foundation: Thank you Ambassador Bremer for taking time out of your day to talk with us. I want to start with the work you did that most overlaps with our mission: in your time as a diplomat, especially as the leader of the CPA in Iraq, how did you support progress on women’s rights?

Ambassador Bremer: In Iraq, there were two problems involving women’s rights. One was the traditional, conservative Islamic view of women’s rights. Basically, women were second-class citizens. This was not an unusual thing in the Islamic world.

And of course, on top of that was the overall political situation, one-party rule, which was the instrument of political control by a dictator, Saddam Hussein. So there were two layers that needed to be addressed to improve women’s rights. I had a very close advisor, who came from Washington to join our team, Judy Van Rest.

AHA Foundation: How did you work with your advisor, Ms. Van Rest, to improve women’s rights in Iraq?

Ambassador Bremer: I put her in charge of the program to engage with Iraqi women. She pursued a very active and aggressive role of trying to get Iraqi women engaged in the broader political process. She was very active and one of the things she did was get women interested and excited about the possibility of a democratic Iraq.

Once the Iraqi interim government decided to draft a constitution, the women’s groups began to insist on establishing a quota in the parliament that was going to include 25% of the members of Parliament being women. I went along with the draft constitution that had a quota provision, which was in early 2004, and that should have made the Iraqi parliament one of the most forward-looking parliaments in the world. And indeed that’s what happened—in the elections in December of 2005, they elected women to 25% of the parliamentary seats. And that provision still holds to this day.

We had 15 CPA offices, one in each of the provinces. They ran a series of workshops on human rights, civil liberties, and education. You know, a whole series of what I would call soft power projects, and those were generally well-received. Obviously, there were parts of society that did not agree on the role of women, but we were able to continue to push along on that path and I think we had a degree of success. There were even two women in the cabinet.

In the elections in December of 2005, they elected women to 25% of the parliamentary seats. And that provision still holds to this day.

AHA Foundation: What kind of pushback did you get for trying to make these changes?

Ambassador Bremer: I don’t remember any public unrest about it. It was still the case that in the Shia South, women could only consult female doctors, for example. It was a more conservative part of the country, the South, and that’s where there was more unease with the idea of women’s empowerment. Yet, they wanted democracy, so our response was, democracy means everybody, so everybody gets to have an equal vote.

AHA Foundation: And did they accept that argument?

Ambassador Bremer: They put it in the constitution. The constitution was put to a referendum the year after I left and it was overwhelmingly approved by Iraqis. So I guess the answer was yes.

AHA Foundation: You and Ayaan both have a lot of experience with Islamism and extremism, but from differing perspectives. Where do you see eye-to-eye with Ayaan, especially coming with your background as coordinator of counter terrorism and the leader of the CPA in Iraq?

Ambassador Bremer: I can tell you my view: Islam is one of the great Abrahamic religions. On the other hand, and Ayaan has written about it, there can be a tendency, in certain countries, to reject what we call democracy as the goal for a modern political organization.

And there is clearly a tendency to suppress women, and as Ayaan has eloquently written, to mutilate them in some cultures, as part of the ‘honor culture.’ In the conservative parts of Iraq, women were certainly considered to be second-class citizens.

AHA Foundation: When did you first learn about Ayaan and her work?

I also read the stories about Ayaan running away from her situation and asking for asylum in the Netherlands. She struck me, both when I read about her, and then, when I met her, as an extraordinarily brave and articulate woman.

She struck me, both when I read about her, and then, when I met her, as an extraordinarily brave and articulate woman.

AHA Foundation: You and Ayaan come from very different backgrounds, but you do share a unique thing in common—you both have lived with some extremely dangerous security concerns. Has that shared experience made it easier to relate to Ayaan?

Ambassador Bremer: I obviously felt great sympathy for her when we met, after I returned from Iraq, because at that time I was under secret service protection because of a bounty that Osama bin Laden had put on my head when I was in Iraq. And at that time, she was still trying to persuade the state department to weigh in with the American government to give her protection here, because she was obviously under threat as well, particularly after the murder of Theo van Gogh. So yes, I would say there was certainly a sort of similarity in what we faced.

At that time I was under secret service protection because of a bounty that Osama bin Laden had put on my head when I was in Iraq.

AHA Foundation: I think a lot of our donors are also concerned with Ayaan still living with constant security around her. As someone who has lived under similar circumstances, can you tell us a little bit about what life is like with 24-hour security?

Ambassador Bremer: I had been under 24-7 security when I was ambassador to the Netherlands, so I was familiar with the imposition it has on your life, because you’re not free to just go walking around. Then, of course, I was guarded by private security during my time in Iraq and then by the secret service later in the U.S. You just have to recognize you’re not going to be as free as you’d like to be.

AHA Foundation: And lastly for our supporters, how would you recommend engaging with the issues that AHA Foundation is fighting to end in the U.S.?

Ambassador Bremer: Well, I think the foundation plays an important role and is doing a great job in focusing on the rights of women, particularly in this country. Ayaan’s personal story is a testament to show how brave women can make a real change.

I think AHA’s programs are essential and really can make a big difference in women’s lives everywhere, but particularly where severe measures like female genital mutilation take place. Where those things are practiced, it’s very important to shed light on them and to try to bring about change.

I think AHA’s programs are essential and really can make a big difference in women’s lives everywhere, but particularly where severe measures like female genital mutilation take place.

AHA Foundation: Ambassador Bremer, thank you so much for your time to share your experiences with our supporters today, but more importantly, thank you for your years of service for our country.

Ambassador Bremer: Absolutely, it was my pleasure.