What’s in a Name: the Importance of Correctly Labeling Honor Killings 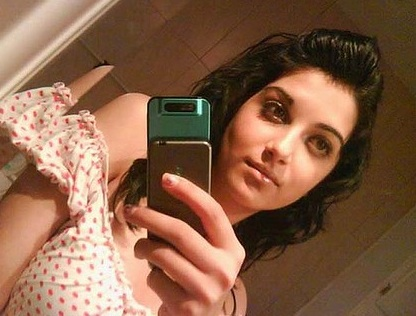 In Kingston, Ontario, the Shafia murder trial has entered its final stage.  Dozens of witnesses have testified in support of the prosecutors’ theory: that a father, mother and son conspired to murder the four disobedient females who threatened to pollute the honor of their polygamous Afghan family.

As the chilling details of this quadruple homicide have emerged, new attention has been directed at the phenomenon of honor killings in Canadian society.  This attention is long overdue.  Honor violence, a global blight that occurs with devastating frequency in developing countries like Pakistan and Jordan, has claimed an increasing number of North American victims in recent years.

Unfortunately, despite increased awareness of the problem, little has been done to improve the circumstances of women at risk of honor crimes.  The true frequency of honor violence remains largely unknown, and most government agencies are poorly equipped to identify potential honor crimes and assist their victims.  Canada and the United States lag behind Great Britain, where social workers, law enforcement officials and prosecutors receive special training in the dynamics of honor-based culture and the warning signs that may foretell an impending crime of honor.

Recently, a number of Canadian Muslim organizations issued public statements denouncing honor killings as violations of Islam.  Yet other advocacy groups have objected to the term “honor killing” itself, claiming that it stigmatizes Muslims and perpetuates misunderstandings about the nature of Islam. These individuals argue that honor violence is simply one manifestation of domestic violence, and that it is discriminatory to distinguish honor killings from the broader category of domestic violence, which takes place within all cultures.

Respectfully, these arguments miss the point.  Although honor violence shares certain traits with domestic violence, its unique features necessitate a distinct name and approach.  In the West, domestic violence is viewed as a crime and the perpetrator’s behavior is typically condemned by his family and community.  In contrast, honor killings are justified in the name of culture and/or religion, and support for honor violence may be found in Shariah law.  Additionally, honor crimes are rarely planned and committed by the individual alone; rather, the perpetrator’s behavior is often condoned and facilitated by the family (including the females) and the community at large.  Whereas a victim of domestic violence may have an extensive support network of family and friends, a victim of honor violence is likely to be shunned by family and community because she is perceived to have caused the violence through her own behavior.

For these reasons, the domestic violence model employed by service providers and law enforcement is ill-suited for effectively investigating and intervening in honor violence cases.  Moreover, casting honor crimes under the generalized category of domestic violence prevents the collection of reliable data as to the nature and frequency of honor violence, which, in turn, prevents government from allocating resources to this distinct problem.  Perhaps most importantly, the failure to identify honor crimes as such avoids confronting the misogynistic beliefs that pervade certain communities.

For those dedicated to the fair and equal treatment of women, the recent spate of North American honor killings demands both denunciation from the communities in which such crimes occur, and the identification of strategies to prevent them from recurring.  But before this can take place, honor crimes must be called what they are: a shameful form of violence against women supported by insidious notions of honor.  To shy away from this label imperils the lives of women for the sake of political correctness.