While His State Makes the News Due to Cases of Genital Mutilation, This Michigan Physician Argues for Cutting Off the Roots of the Practice

Dr. Mohammed Arsiwala is a board certified internist who practices urgent care medicine in Southeast Michigan. He is the father of two young men, and his biggest interest in life is humanitarian work. He has been involved in providing medical care as well as economic and educational care in poor countries such as, Afghanistan, India, Africa, and US through his foundation, The H.E.L.P. Foundation.

Dr. Arsiwala was a member of the Dawoodi Bohra community that was recently in the headlines because of the prosecution against individuals from the same community who allegedly performed genital mutilation on several girls in Michigan. Disturbed by learning that a dangerous traditional practice of genital cutting is carried on girls in his community, Dr. Arsiwala has been advocating for anti-FGM legislation in his state and has worked closely with Michigan legislators and AHA staff in drafting the legislation that has been passed. We spoke to him about why he, as a healthcare professional and member of community where FGM takes place, believes state legislation is crucial in fighting the practice, and about what else needs to be done to end FGM in the U.S.

AHA Foundation: What motivated you to speak out against FGM?

Dr. Mohammed Arsiwala: I raised two boys, so I had no idea about female genital mutilation. What happened is that in 2008, through interactions with family members, I learned that FGM is done in our community, the Dawoodi Bohra community. It’s a big part of that community, growing up. When I found out about it, I was in disbelief that it is still being practiced. I started to ask questions, and no one wanted to talk to me. The information I gathered at that time was very fragmented. I gathered that the young girls who reached the age between five and eight are subjected to this procedure where a small portion of their clitoris is removed, they call it the membrane. This was being done in Michigan.

I started to find out more and more about it, and that was the first time I learned about it. I felt that this was against the law. So I started asking questions, and they said this is a part of the community, and what our head priest recommends to do. Talking to my mom and family members, lo and behold, they had all undergone that procedure some time or another in their young life.

AHA Foundation: Can you describe why the FGM case in Michigan is so important?

Dr. Arsiwala: Until the Minnesota girls were identified by their doctors and reported to child protective services, who contacted the FBI, we could not prove anything. This pushed the whole investigation forward. This breakthrough is what identified this situation, that this physician in particular was doing this procedure (female genital mutilation) on these girls. It would have never come to light otherwise. It was done in a very hush hush situation, and underground. This is a breakthrough case, and it’s opened up a whole other avenue for the law enforcement to investigate and stop this procedure.

The second part of why this case is so important is that FGM did not stand alone in the criminal code in the state of Michigan, as is the case in many states in the US. FGM is typically under the statute of child abuse, and child neglect.

So I connected the AHA Foundation to a few representatives here in Michigan, because I believed we needed a specific law pertaining to this practice of FGM. To have it on the criminal code, that way we are able to better prosecute the offenders.

And there were many reasons why I believe the legislation is very important. We need to have specific laws, so that if an individual is identified as doing this procedure we can investigate and prosecute this person. We also wanted to make sure there was an education component added to this legislation so that parents can be educated that there is no value, no benefit or scientific reason to do this procedure. We also need to increase awareness across the community, and create a community of physicians and practitioners so that they are aware and will identify this practice and report it. And finally, the most important thing is to be able to provide the victims of the procedure any physical, psychological, or mental support they need. We should be able to offer support to them, to protect our children.

The premise for me was to practically think this through, and guide state legislators through the process of drafting good bills that were bipartisan, and are focused on the wellness of the young girls affected. 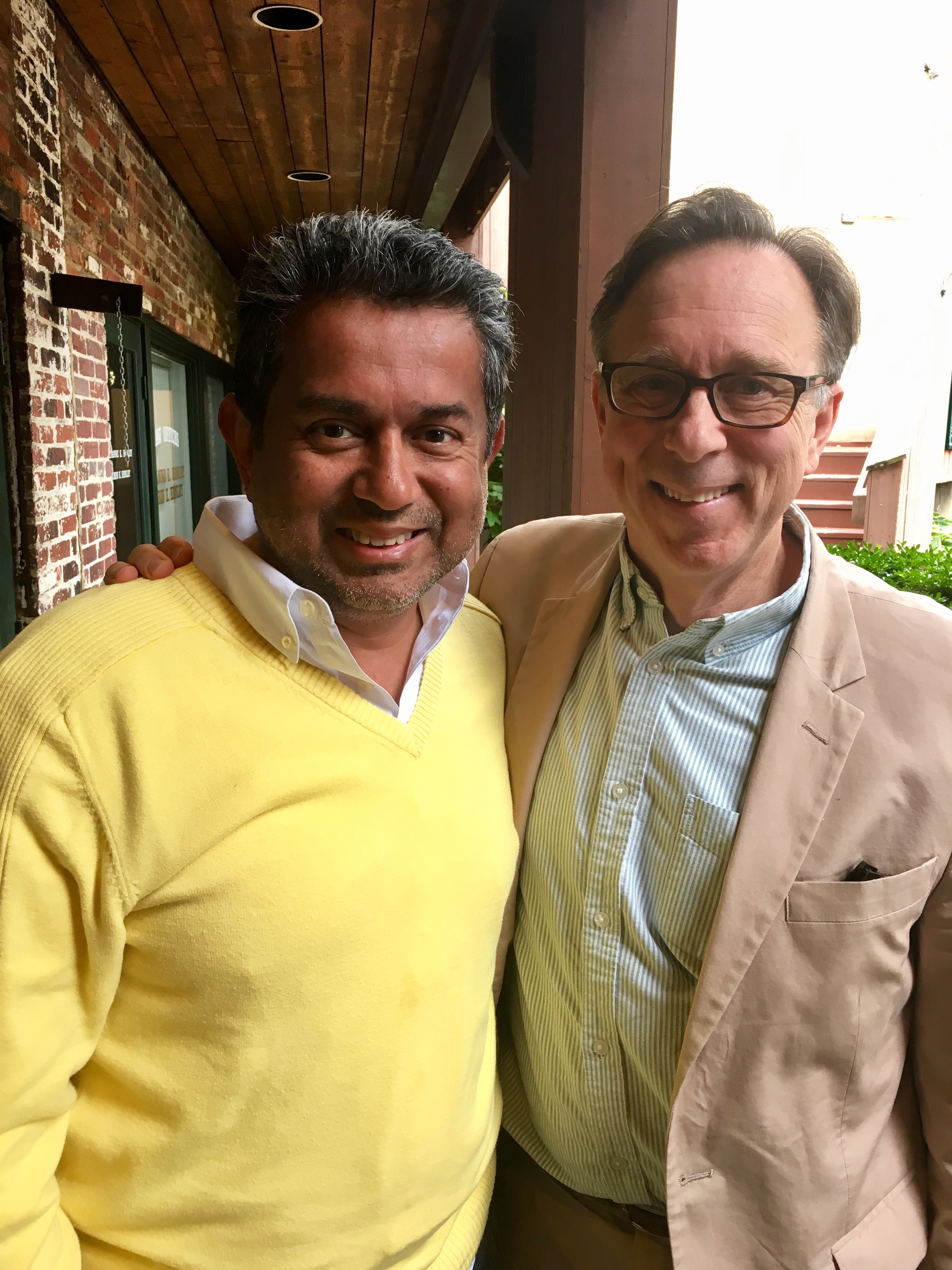 AHA Foundation: What do you think has to happen to end FGM for good?

In this specific community, the Dawoodi Bohra community, the leader Syedna Mufaddal Saifuddin (the 53rd Da’i al-Mutlaq of the Dawoodi Bohras), he needs to come out and openly reject the practice. But he has not come out and said that, he still says its our practice and we should continue to practice. So unless and until he changes his stance, it’s not going to go away. Because people who are very much ingrained in their beliefs, in this community, are going to take their children abroad, and get this done over there. My worry is that abroad it will be done in much less sanitary conditions, and it could be many more complications from it. On one hand, we are trying to end it here in the U.S., but we may end up moving the practice abroad where there could potentially be much less sanitary conditions.

To end FGM in the US, it needs to end at the roots. The roots need to be cut off.

AHA Foundation: How would you suggest everyday residents of the US take action against FGM?

Dr. Arsiwala: Well, number one are the legislators who are the representatives of us. And these legislators are already taking this action, they are crafting better laws in the states to prosecute this, and make this a felony, and make the public aware of it. But even more than the public, the health care professionals need be made aware of this.

I’ll give you a classic example, in our state in the last two years that I have been involved, we became aware that there was a significant increase in human trafficking issues, what happened is that we put human trafficking as a bill, we put up billboards, the public was made aware. But also we told healthcare professionals that if they want to continue to practice medicine, as a part of their license they had to take a mandatory medical education to learn about human trafficking. This increased awareness. So I think the same thing needs to be done in this situation of FGM. When there is a coordinated effort with legislators to craft a bill, the community leaders, and in particular the physicians and healthcare professionals who could identify the situation immediately and help the child.

AHA Foundation: Do you have advice for healthcare professionals who encounter at-risk girls and their families? How would you advise them to handle the situation?

Dr Arsiwala: My biggest advice is that as soon as you identify the situation, you must immediately call the child protective services agency. If you feel the child is at risk, you can always call the local police department, there is nothing wrong with this, because there is no violation of HIPPA (Health Insurance Portability and Accountability Act of 1996) laws as it is a criminal activity.

I would advise healthcare professionals to handle this situation professionally and compassionately. Professionally because as a doctor we have the most responsibility to our patients, so it behoves us to be kind and compassionate to our patients, and helping them understand the situation. Also explaining it to the parents or whomever in a very concise manner. At the end of the day, this is a matter of protecting the child, and that is why I would report it to the authorities.