You Can Help End FGM in the United States

Little girls are having their genitals mutilated right here in the United States. Though we’ve known it was happening here for quite some time, the first US prosecution for female genital mutilation (FGM) is now moving through the federal justice system. Shockingly, two doctors and the wife of a doctor have all been arrested for this horrific child abuse after performing FGM on a number of girls from across the country.

More than half a million women and girls are at risk of or have undergone FGM in the United States.

Although there is a federal law banning the practice, there are still 25 states that have not outlawed FGM. There are many reasons to pass state laws against FGM, but the simplest one is that laws matter, and outlawing FGM sends a strong message that this human rights abuse is not tolerated here. 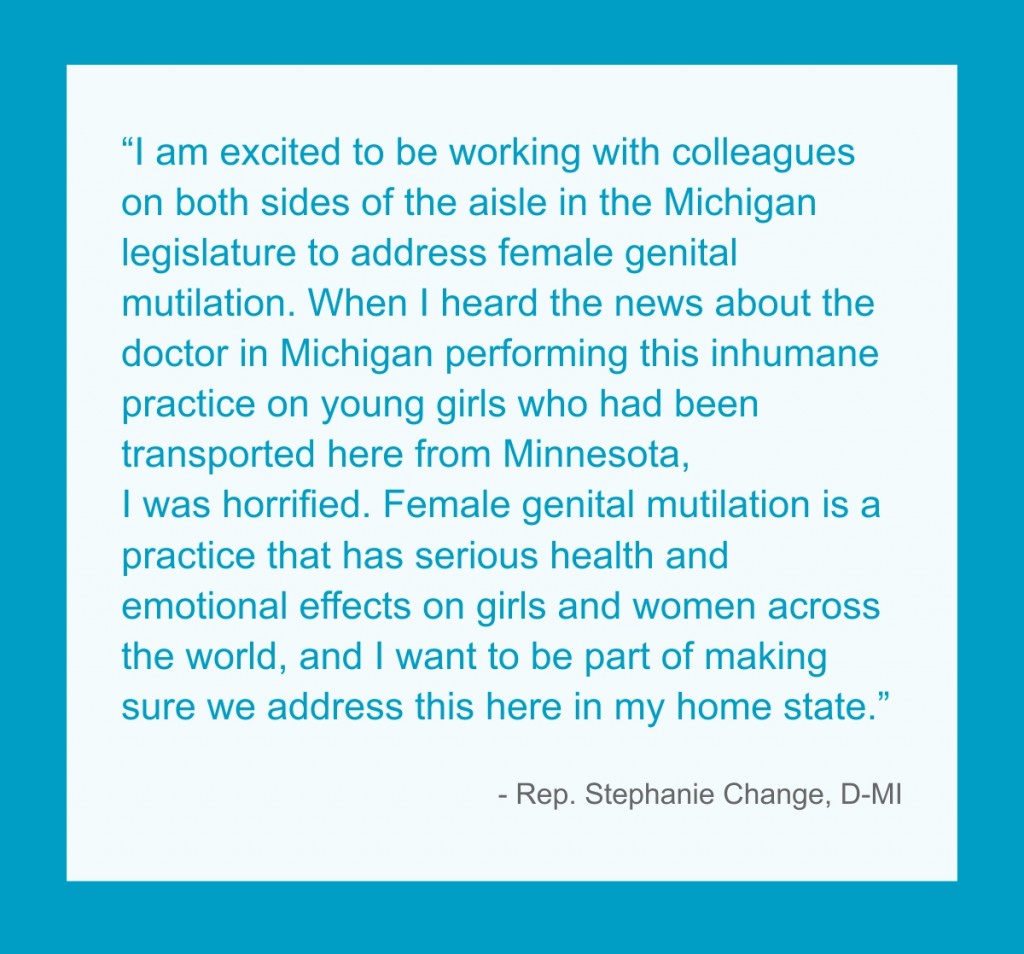 One huge obstacle to passing legislation that would protect women and girls in the US from FGM is the fact that legislators and civilians alike are not aware that this happens right here in our own communities. Thankfully, the ongoing case in Michigan has brought to light to many in the US the need to enact laws here that protect girls from this practice.

We are thrilled to see recent and ongoing leadership coming from legislators in many states to either criminalize FGM or strengthen existing state laws banning the practice.

Michigan: Rep. Stephanie Chang is leading a bipartisan group of representatives on comprehensive legislation in Michigan that would outlaw the practice. This legislation is expected to be reviewed in the Law and Justice Committee on May 30th. 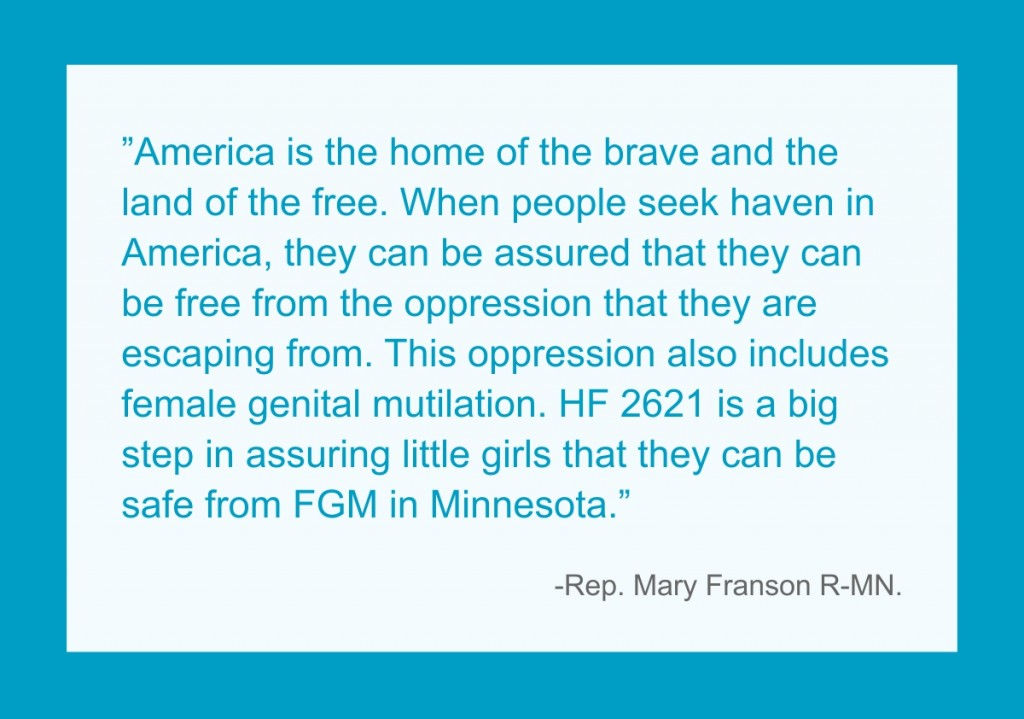 Massachusetts: The Women’s Bar Association of Massachusetts has spent several years working to educate legislators on the need to ban FGM in the state. Early this year, Sen. Harriet Chandler and Rep. Sarah Peake have sponsored thoughtful companion bills which would criminalize the practice in their state.

Minnesota: Rep. Mary Franson scored a victory in passing legislation through the MN House of Representatives that would ban parents/guardians from consenting to the practice and would make it easier for child protective workers to protect other children in the family. Unfortunately, the Minnesota State Senate decided not to prioritize the bill this session and will consider FGM legislation next year.

Texas: Late last month, Sen. Jane Nelson made great headway in her state when the Texas Senate passed a bill that would criminalize parents/guardians from consenting to FGM for their daughters.

This is terrific progress, but there is still much to do. There are 25 states that still do not have state legislation against FGM and we must change this to bring an end of FGM in the US. 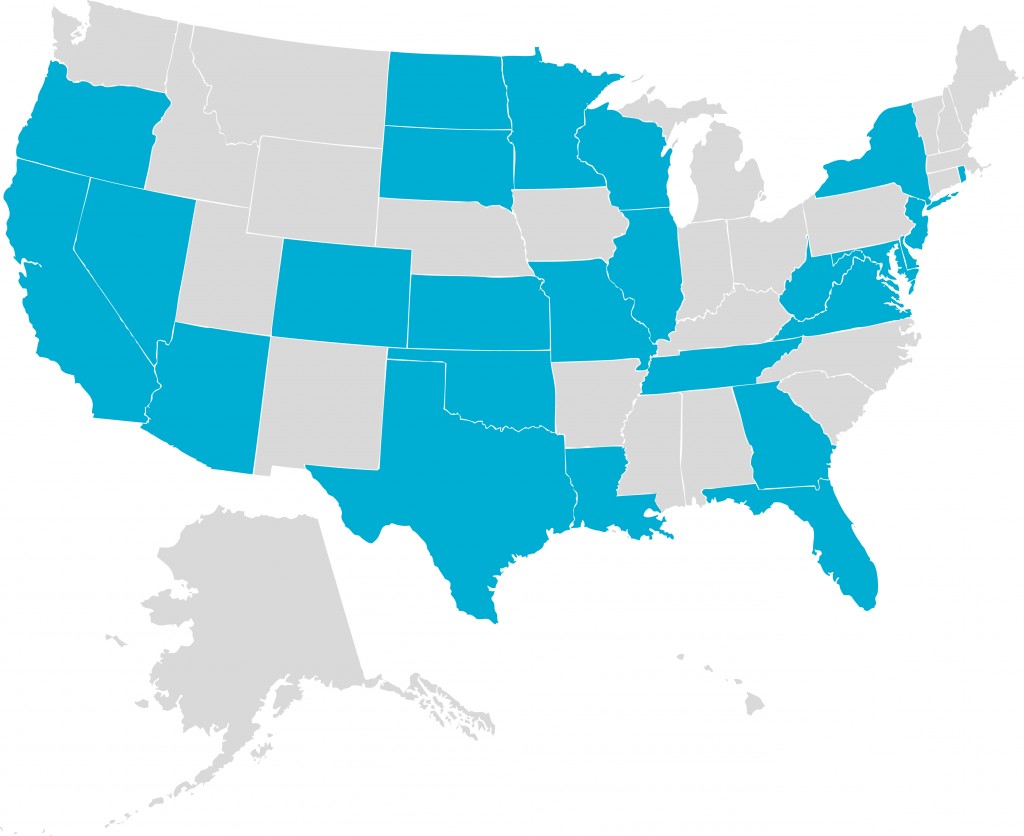 States highlighted in blue currently have legislation that considers FGM a crime.

FGM is not a crime in the following 25 states:

Each one of us has the power to help change this. You can help make the US a safer place to be a little girl.

How can you help end FGM in the United States? 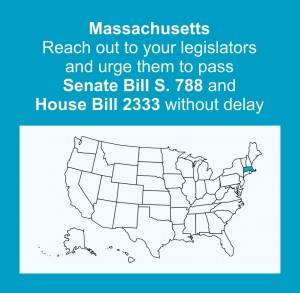 Massachusetts Residents: You can use our sample letter, available here, and find your State Legislators here. The AHA Foundation thanks State Senator Chandler and Representative Peake for their leadership in sponsoring this important legislation. 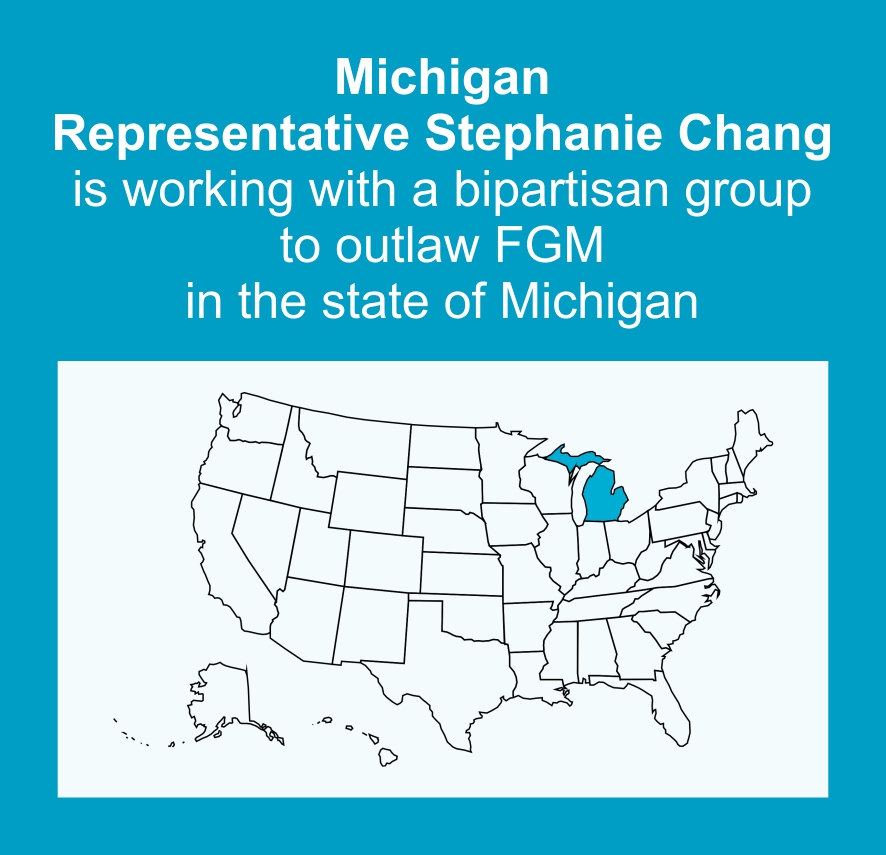 Michigan Residents: Reach out to your legislators and urge them to pass bills to criminalize FGM in Michigan right away. You can use our sample letter, available here, and find your State Representative here and your State Senator here.

Minnesota Residents: State FGM law in Minnesota currently does not outlaw being a parent or guardian who consents to their daughter being cut. State Representative Mary Franson took leadership on eliminating that loophole in Minnesota and just last week passed House Bill HF 2621. Unfortunately, the Minnesota State Senate decided not to prioritize this important bill and will instead consider FGM legislation next year. Please tell your state senator that this issue is important to you and they need to take action. You can use our sample letter, available here, and find your State Legislators here. 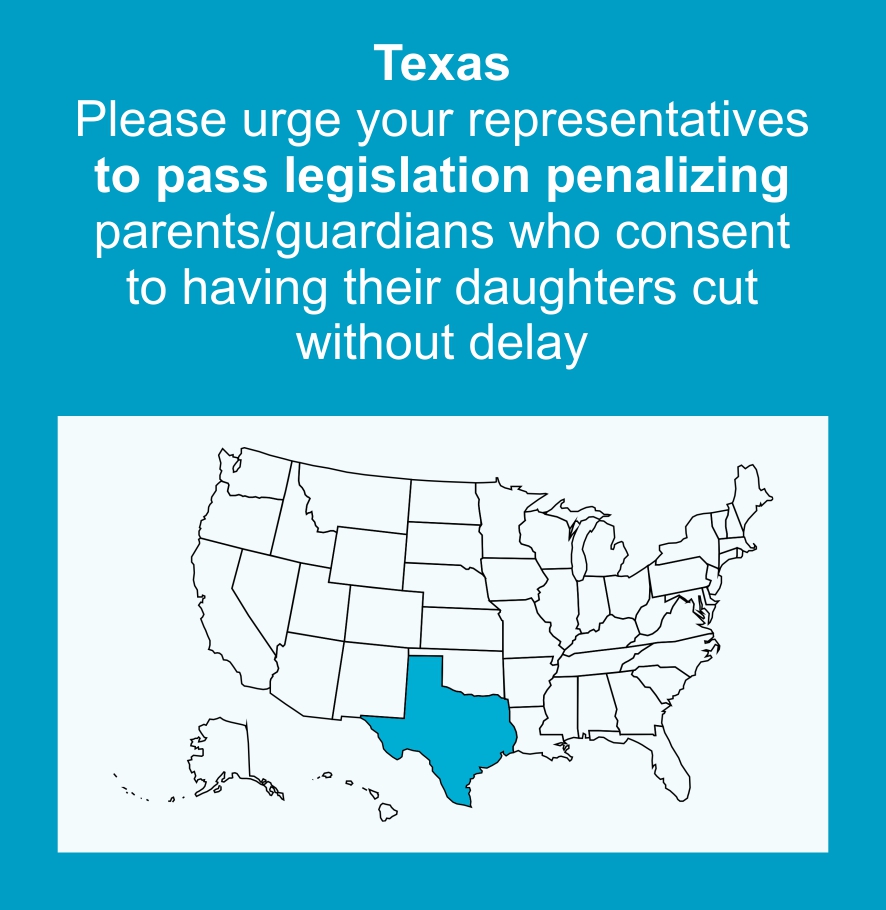 Texas Residents: Help strengthen FGM legislation in your state! Existing FGM laws in Texas do not make it illegal for a parent or guardian to consent to their daughter being cut. State Senator Jane Nelson just passed legislation in the Texas Senate that would remove this barrier to protecting girls in Texas. The bill now moves to the House for consideration. To reach out to your representatives you can view our sample letter here and find your State Representatives here.

If your state does not have a bill in progress you can still help protect girls at risk around the country. Share this article with friends and family, or on social media. Help us raise awareness of these issues around the country. Also consider donating to the AHA Foundation to help us continue our lifesaving work.

Your voice matters. Use it today to stand up for little girls who don’t have any way of protecting themselves from this dangerous, life-threatening practice.