Your Voices, an Unyielding Movement

We are grateful that so many of our supporters initiated incredible momentum by signing and sharing our petition against honor violence in the US and posting their #ReclaimHonor messages of support for girls who suffer honor violence, forced marriage and female genital mutilation.

Your voices and actions inspire our work every step of the way.

Your messages echo disappointment, confusion and a strong desire for action that is felt across the world about the state of women’s rights and global security in the 21st century. We are honored that you see the AHA Foundation as an agent of change led by Ayaan.

To show this avalanche of support you’ve helped grow, we brought together a handful of the heartfelt messages we received. Whether you joined us as a supporter, a survivor, an advocate or a person looking for help, you helped build a movement that does not tolerate intolerance, and is not silenced in the face of injustice.

Your voices create an unyielding movement. Take a moment and immerse yourself in it: 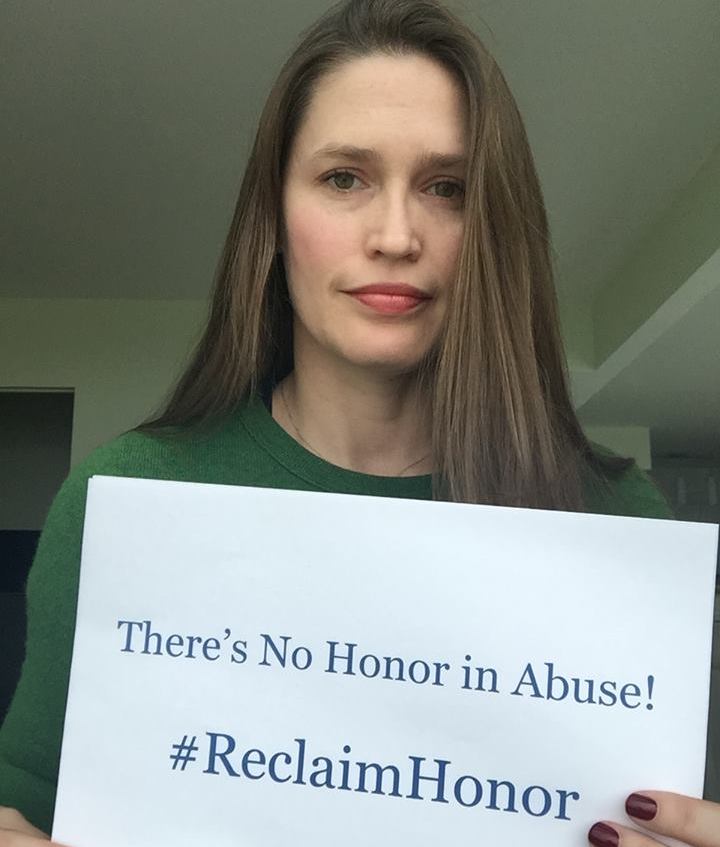 Self-determination is a basic human right that must be accorded all females, be it for body, mind, or spirit. (Diana)

Thank you for doing this. The U.S. is long overdue to address and prevent honor-based violence and forced marriage. I was born and raised in the U.S. but was faced with these very real threats when I left my family nearly 20 years ago. Can’t even begin to underscore what it would have meant to have resources available at that time. (Yasmine)

Thank you for your passionate voice for those who are silenced. (Meredith)

I want every girl to grow up free to decide what is honorable in her life. #ReclaimHonor (Sabrina) 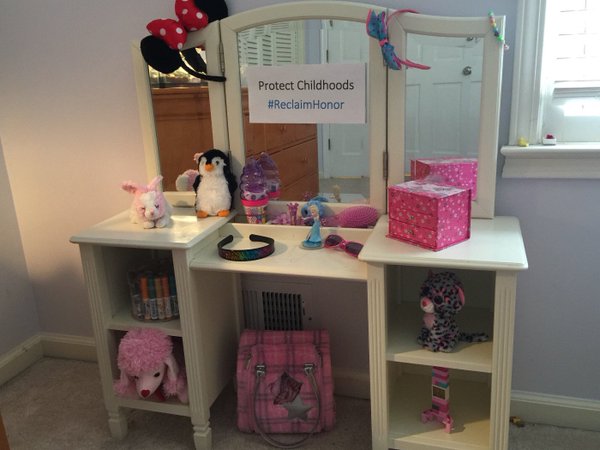 The AHA Foundation is my favorite humanitarian organization! Thousands of girls have Ayaan to thank for her devotion to their welfare. I think it’s great that she is bringing these horrific cultural secrets out into the open. I stand with her and forward her messages to others. (Ellen)

Violence and control of women has been a problem for centuries, we should all stand against it. When another human is deprived of rights it is a threat to the rights of all of us. (Douglas)

Ayaan is a true and noble hero. Every woman, every decent freedom loving person, must act to save the girls and women of today and tomorrow. We all have no future until change happens. (Betsy)

I come from India, where women face similar discrimination. I really hope US will make exemplary effort to stop such discrimination, accepted by many liberals in the name of multi–culturalism. (Saswati) 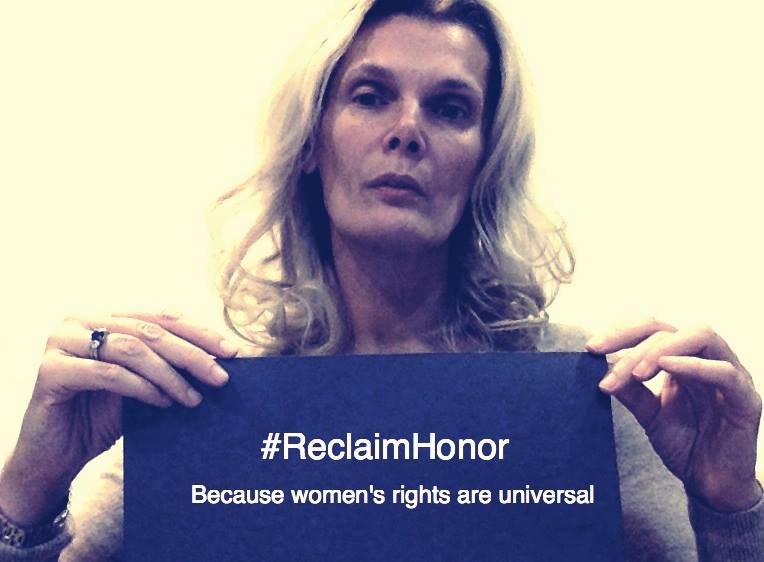 “#ReclaimHonor Because women’s rights are universal”

I have learned that honor killings, FGM (female genital mutilation), and forced marriages is becoming a growing concern in the United States for which we need to put a stop to. The violence against women in the name of family honor needs to stop. I am going to commit to helping the AHA Foundation. (Katherine)

I will not look the other way. Honestly this is a big mistake if we let girls and women suffer violently in the United States. That in and of itself is shameful. (Beth)

I read “Heretic” first then “Infidel” and have just finished “The Caged Virgin”. I cannot say enough about how much I admire this brave women. As a male who loves and respects his wife, it is truly hard to understand how men and Society can be so cruel to our fellow human beings. (Carl)

Courage Sans Frontières – Courage Without Borders. Here is a human being acting for the good of humanity. Thank you. (Jon)

As conscious minds we should not permit the violation of human rights to any gender or orientation. As progressive individuals we must take on the task to have human rights trump over religious and cultural rigidity that are oppressive and deadly. (Sachin)

I will never understand why the male, by virtue of his greater physical strength and the vulnerability of many women, take it upon themselves to enforce their violence. It is a crime that is both pathetic and degrading and we, as 21st century citizens should not tolerate such barbarity. Many thanks Ayaan for your unyielding resolution. (William) 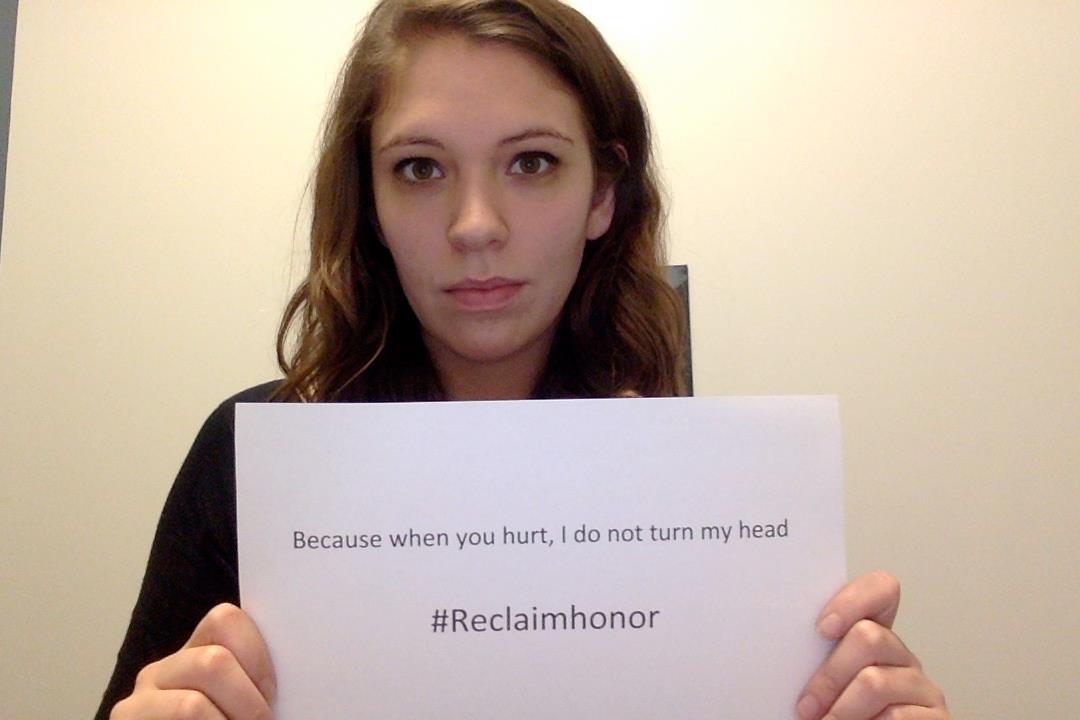 “Because when you hurt, I do not turn my head. #ReclaimHonor” (Kendall)

Keep up the great work, not only for the protection of young girls and women, but for civilized values and behaviour that we should all express. (John)

Please speak up for girls who must live in constant terror of being murdered! If “honor killing” had been the accepted practice in my girlhood, no woman of my acquaintance would be alive today. (Doreen)

Honor crimes need to be defined and prosecuted as hate crimes- because it is more than random violence or domestic violence, it is a systematic method of cultural subjugation of women. The ideology of the violence must be fought and brought to light just as homophobia and racism. When as a nation did we decide that slavery based on gender is permissible? We fought a terrible war based on racial slavery. Will we defend half of humanity for their dignity and freedom? (Emily)

Check out ways to get involved with the AHA Foundation.