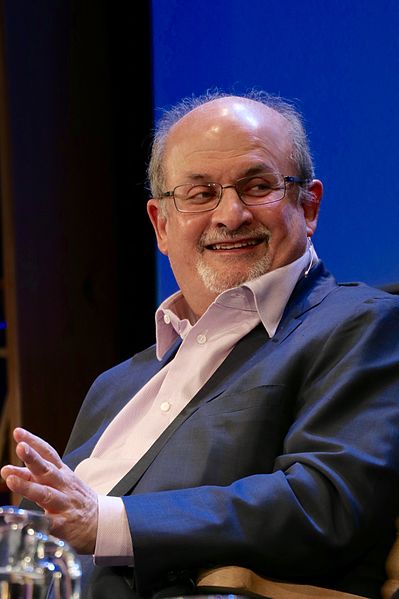 For our Executive Director’s initial statement, released on the day of the attack itself, see here.

After the immediate shock of hearing about the brutal attack on Salman Rushdie, the immense relief I felt, and I’m sure you felt, at learning that, while seriously injured, he is on the road to recovery and able to talk and joke, was almost overwhelming. I’m so glad he pulled through.

The sad irony is that Rushdie was due to give a talk on America as a safe haven for persecuted writers when he was attacked, as if the attacker was refuting the very idea with his vicious actions. We clearly have to grapple with the fact that certain values, most of all the right to free speech, are under assault, as well as those individuals who uphold them.

I want to share with you our Founder Ayaan Hirsi Ali’s thoughts on this terrible event. Writing in The Washington Post, she reflected that she once shared the ideals of those who would see Rushdie dead:

If Rushdie had been murdered then, I would have been happy.

Now that he has been nearly killed in a knife attack, I am shattered.

In UnHerd, she spoke of the fear she felt upon hearing the news and struck a note of defiance:

I was scared. I felt terrorised. I was urged to go into hiding and stay silent for my own safety. For a few hours, I let fear rule my life. But still I knew deep down that freedom is a choice — and that I would keep choosing to be free, to speak and write as I please. In this way, in writing this very piece, I defy the Islamists and all others who would silence me.

Rest assured that AHA Foundation, too, embraces this spirit of defiance. We will continue to stand up for free speech and to oppose all ideologies that seek to undermine our precious freedoms. The attack on Rushdie is an attack on us all. Though we should be angry, we should also recommit ourselves to the task of fighting for freedom. We must protect, preserve, and promote the values that we are for, not merely feel anger at what we are against.

We must not let this cowardly attack on Salman Rushdie make us too fearful to take up this fight. So we move forward in his honor—and in the honor of all those who suffer persecution and oppression.