AHA Foundation Trainings: On a Mission to Make the US a Safer Place to Be a Girl

A battered but undeterred stay-at-home-mom stashing money into a cereal box to save enough to leave her abusive husband and protect her children. A man from Ethiopia who was not only brave enough to defy his community by opposing female genital mutilation (FGM), but who, after moving to the US, continues to call home to keep pressure on families to not cut their girls. These courageous individuals are among those with whom the AHA Foundation had the privilege to collaborate on leading trainings about honor violence over the past month.

Without access to a police officer, guidance counselor, or domestic violence professional who is trained to identify signs of honor violence, a girl facing honor violence is left to fend for herself, with potentially tragic consequences. Her family may plan to harm her for something as simple as discovering a photo of her with a boy that was posted on Facebook. The difference between being taken seriously by a professional or being dismissed as a dramatic teenager can be a matter of life or death. 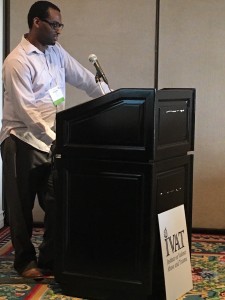 For the past month, the AHA Foundation has focused on bringing its trainings to those professionals most likely to be in contact with women and girls who are victims or at risk of honor violence. The first stop was San Diego, where AHA’s Interim Executive Director, Amanda Parker, led a training on honor violence at the Institute on Violence, Abuse and Trauma’s 21st International Summit.  Leading a training on FGM during the same session as Parker was a man named Wondimu Yirga, who is an anti-FGM activist and advocate from Ethiopia. Yirga understands the critical role men play in fighting FGM, saying, “If all men said they would not marry a woman who was cut, that would be it. There would be no more FGM.” Yirga takes his work further than just training professionals and publishing research: even after moving to the US, he continues to check in back home to find out who has recently had babies and which were girls, so he can pressure those families to avoid cutting their daughters. 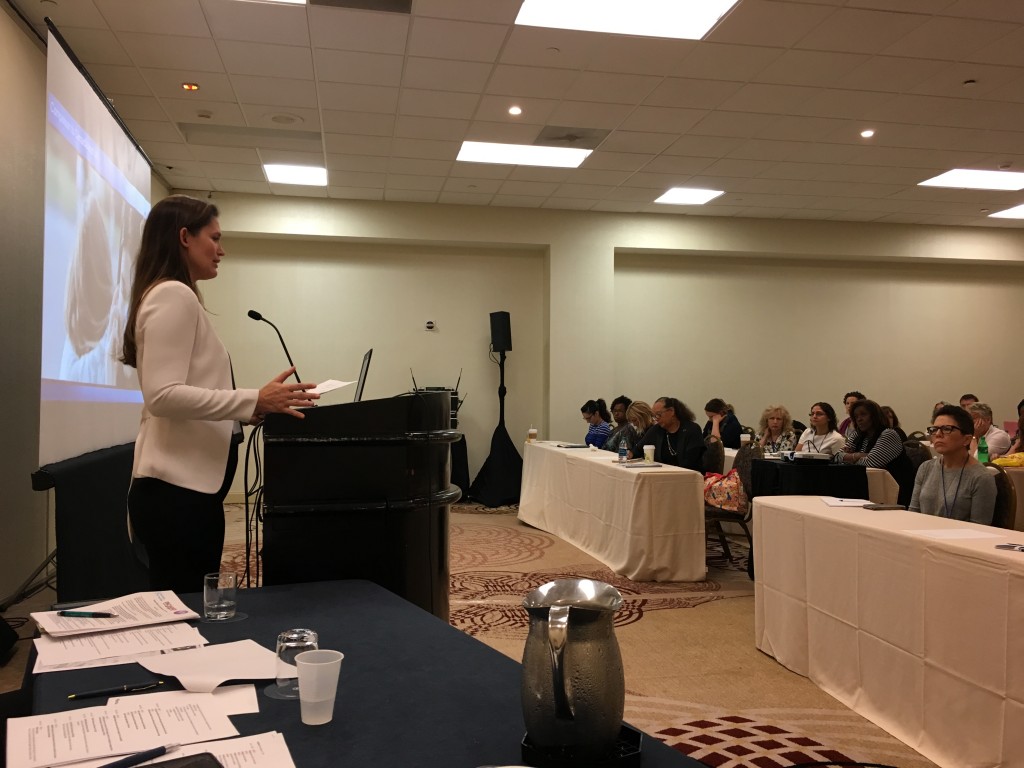 Amanda Parker, AHA Foundation’s Interim Executive Director, presenting a case study about a rescue of a girl who had been taken overseas for a forced marriage.

Last month, the AHA Foundation also introduced a new training curriculum for professionals working on the frontlines against FGM. This training teaches service providers how to work in a culturally-sensitive manner with FGM victims, at-risk girls, families, and communities to protect girls from undergoing this dangerous procedure. You can access the free training program online at your own convenience. It was announced via a webinar, led by AHA’s Senior Advisor. It included guest speakers Wondimu Yirga and Hilary Burrage, sociologist, author of two books on FGM, and consultant on FGM for The Guardian.

Our month-long trifecta of trainings was rounded out in Philadelphia with a training on forced and child marriage at the National Center for Victims of Crime’s National Training Institute. In this training, Amanda Parker shared an AHA case study; a survivor who had been rescued after being taken overseas by her family for a forced marriage, and how that case could have played out differently had the young woman been a citizen of the UK or Canada, where there are more developed laws and protections available for victims of forced marriage. 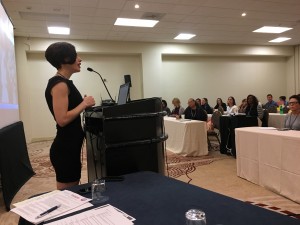 Fraidy Reiss, a survivor and founder of Unchained at Last, uses her own experience to describe tremendous challenges girls face in forced marriages.

Fraidy Reiss, founder of Unchained at Last, lead the presentation with an introduction to child and forced marriage, along with her personal story of the incredible difficulties she faced in leaving an abusive arranged marriage within the Orthodox Jewish community. During her presentation she spoke of planning her escape for years, all the while suffering terrifying abuse, tucking money away in a cereal box whenever possible, so that she would have a way to support herself and her young daughters when she was ready to flee. Fraidy did not give up the fight when she left her marriage, however, she went on to fight for others who were in similar situations to her own, to help them avoid an unwanted marriage or get out of a forced or arranged marriage.

Co-presenting the Philadelphia training with Parker and Reiss were Sayoni Maitra of Sanctuary for Families and Casey Swegman of Tahirih Justice Center, who discussed case studies that exemplified when law enforcement involvement went extremely well and also when it could have been improved upon, as well as the legal landscape for victims of forced and child marriage in the US.

The AHA Foundation is grateful for the opportunity to collaborate with fierce advocates such as these. They help further our goal to ensure every at-risk woman or girl who reaches out for help is met with professionals who understand the danger they face. At the AHA Foundation, we know that when we work together, we go further in the fight to protect and save lives from honor violence.

We count on people like you to help us spread the word about these critical trainings and the many options for taking them – through our free online training program, through a webinar, or through our in-person trainings. Help us reach even more counselors, police officers, and teachers to equip them with the knowledge they need to prevent honor violence. None of this would be possible without the generosity of our supporters, whose gifts ensure that this work can continue going strong. Together, we can make the US a safer place to be a woman or girl.