An Interview with Nazir Afzal, UK’s Chief Executive of the Association of Police and Crime Commissioners, on Criminalization of Forced Marriage 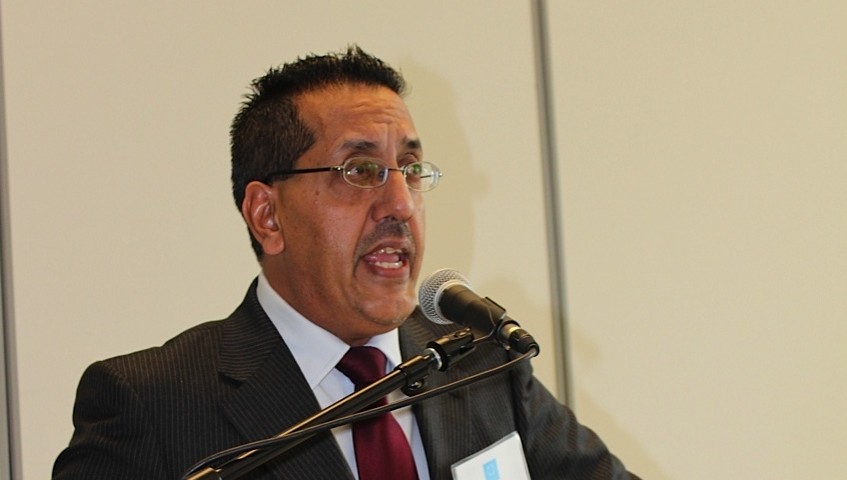 Nazir Afzal has been a pioneer in the fight against honor violence and forced marriage in the United Kingdom (UK). For almost 25 years Mr. Afzal was a prosecutor in the UK culminating in nearly a decade as Chief Prosecutor taking on cases of violence against women and girls, child protection and harmful traditional practices. Mr. Afzal was responsible for prosecuting 100,000 cases every year. The AHA Foundation spoke with Mr. Afzal to talk about the history of forced marriage criminalization and what we in the US can learn from the UK.

AHA Foundation: Can you tell us about your experience in addressing honor violence in the UK? What motivated you to tackle the issue?

Mr. Afzal: Back in 2004 I organized the first ever National (UK) conference on honour based violence involving Government officials and non-governmental organizations (NGOs). It received international media interest, and I personally gave 34 interviews that day to media from Australia to Canada. There was much bemusement that forced marriage, for example, still existed in the 21st century but substantial ignorance of the pervasiveness of this practice was widespread in all jurisdictions.

As it’s an international cross border issue, we quickly created the Government Forced Marriage Unit made up of expert caseworkers training up diplomatic and consular officials worldwide as well as being a source of knowledge within the country. There was a national helpline too.

We then set about creating a cross Government steering group – this is not just a policing issue – so senior officials from Health, Local Government, Education, Home Office (our State Department), Foreign Office, Prosecution and Police met regularly to assess progress. There would be quarterly meetings (once every three months) with NGO representatives who would check and challenge delivery.

“Back in 2004…there was much bemusement that forced marriage … still existed in the 21st century but substantial ignorance of the pervasiveness of this practice in all jurisdictions.”

I personally arranged the training of judges, police and prosecutors nationally so that we could up skill the delivery of justice outcomes. I commissioned the creation of guidance for prosecutors and supported similar for other agencies. I persuaded UK Government to support new laws – first the civil protection bill in 2007 which put in one place all the remedies and injunctive relief available to victims – and in 2013 the Forced Marriage Criminalisation provisions which made forced marriage itself a crime.

I assisted in the creation of a largely government funded but NGO administered national hotline for victims 5 years ago and this last week it became a 24/7 all year round service. It deals with close on 10,000 requests for advice and information.

“It’s Gender Terrorism because ….it aims to create a climate of fear so that other women and girls hearing of some tragedy will behave differently to avoid suffering the same fate.”

AHA Foundation:  You have used the term “gender terrorism.” What does that mean?

Mr. Afzal: Whilst some victims are male, the vast majority are female. It’s Gender Terrorism because it aims to control women’s behaviour through violence and not just the women who are harmed. It aims to create a climate of fear so that other women and girls hearing of some tragedy will behave differently to avoid suffering the same fate.

AHA Foundation: What role can the legislation and the judicial system play when it comes to gender based violence including honor violence and abuse?

Mr. Afzal: We already have tons of laws criminalising assault, sexual offences, blackmail, homicide, etc. so the trick was to use current laws effectively in respect of identified cases. We were at one stage prosecuting (under my command) a dozen homicides what were honour related every year. Perhaps as a sign of progress, the number of homicides that are honour related in the UK has halved in recent years. I have led prosecution teams that have brought to justice nearly 100 murderers or conspirators for honour motivated homicide, on some views this is more than any other prosecutor in the world.

“…there must be no hiding place for crimes.That multicultural excuses must not be used to cover up moral blindness. ”

AHA Foundation: There are British feminists of south Asian and the Middle Eastern descent who have expressed concern that highlighting honor violence often increases racism and bigotry towards their communities. What is your response to this concern?

Mr. Nafzal: I have rarely encountered antagonism from the communities most affected by honour based violence, which in the UK are South Asian, African and Eastern European. I have seen cases from families who claim to follow Sikhism, Hinduism, Islam, Catholicism and Judaism. In each case the religion is merely part of the narrative that the offenders use to motivate themselves. When I am questioned on why I choose to highlight crimes that occur mainly in migrant communities, I argue that there must be no hiding place for crimes. That multicultural excuses must not be used to cover up moral blindness. There is no community on earth, sadly, where women and girls are safe – I have prosecuted offenders against women from more than 60 countries and victims come from more.

Mr. Nafzal: I learnt early on that in order to effect change the State institutions must partner with NGOs, there must be agreed definitions, datasets, and champions in all agencies. You need to establish what the problem looks like, the extent of it, case studies that help you define it, training and awareness raising strategies and the policing and legislative tools in place.

Partnership, training and awareness is key to delivering change. You need the communities most affected on your side. I have heard from hundreds of victims, the names of the deceased are etched in my memory, I have on occasion had to bury victims because their families didn’t want to know – men need to stand up, women should not carry the burden of protecting themselves from male perpetrators alone.

“…criminalisation is not just about punishment, it’s about prevention through messaging.”

AHA Foundation: What can the US learn from the UK experience in addressing honor violence?

Mr. Nafzal: The UK government carried out a consultation with the public in 2006 to explore whether criminalisation was necessary and  a small majority of people didn’t think it was needed. So the UK pursued the civil protection legislation as a substitute. It frantically supported victims judging by the hundreds of protection orders obtained since. However, criminalisation is not just about punishment, it’s about prevention through messaging.

“There is evidence that potential victims can now say to their families that not only is it immoral, against religion and a breach of human rights but it is also a crime.”

So the Government conducted a further consultation in 2011/12 and this time there was a majority in favour of criminalisation. To assist professionals I persuaded the Government to delay implementation by a year so that police and prosecutors could be trained to deal with new laws and also to assist in raising awareness of the law before it became a crime. This was about winning hearts and minds and has been effective. There have been several successful prosecutions since 2014 when it became a crime.

There is now little opposition and that which there was has been muted. Criminalisation has had the added benefit of giving future victims an additional tool to negotiate with their families. There is evidence that potential victims can now say to their families that not only is it immoral, against religion and a breach of human rights but it is also a crime. That has protected many.