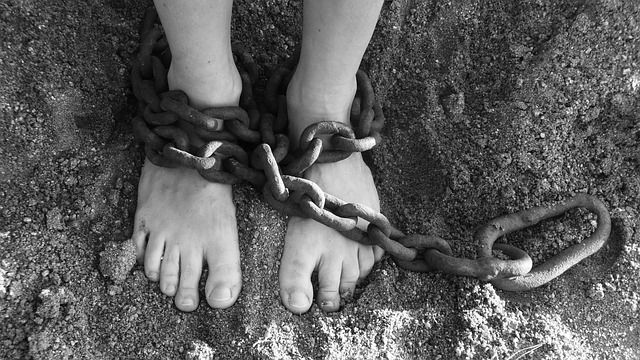 In case you missed it, please take a moment to read Ayaan Hirsi Ali’s recent article on Boko Haram, which was first published in The Wall Street Journal.

Though many people want to deny it, and despite all the achievements of the women’s movement, violence against women is on the increase today — including here in the United States.  It’s happening because, in the name of culture or religion, practices like honor killing, forced marriage and female genital mutilation are going unpunished.  The AHA Foundation exists to change that, and in doing so, to save innocent women and girls from terrible pain and suffering.

We depend on the generosity of individual donors to do our life-saving work.  Please consider supporting our work by donating today.

Since the kidnapping of 276 schoolgirls in Nigeria last month, the meaning of Boko Haram—the name used by the terrorist group that seized the girls—has become more widely known. The translation from the Hausa language is usually given in English-language media as “Western Education Is Forbidden,” though “Non-Muslim Teaching Is Forbidden” might be more accurate.

But little attention has been paid to the group’s formal Arabic name: Jam’at Ahl as-Sunnah lid-da’wa wal-Jihad. That roughly translates as “The Fellowship of the People of the Tradition for Preaching and Holy War.” That’s a lot less catchy than Boko Haram but significantly more revealing about the group and its mission. Far from being an aberration among Islamist terror groups, as some observers suggest, Boko Haram in its goals and methods is in fact all too representative.

The kidnapping of the schoolgirls throws into bold relief a central part of what the jihadists are about: the oppression of women. Boko Haram sincerely believes that girls are better off enslaved than educated. The terrorists’ mission is no different from that of the Taliban assassin who shot and nearly killed 15-year-old Pakistani Malala Yousafzai—as she rode a school bus home in 2012—because she advocated girls’ education. As I know from experience, nothing is more anathema to the jihadists than equal and educated women.

How to explain this phenomenon to baffled Westerners, who these days seem more eager to smear the critics of jihadism as “Islamophobes” than to stand up for women’s most basic rights? Where are the Muslim college-student organizations denouncing Boko Haram? Where is the outrage during Friday prayers? These girls’ lives deserve more than a Twitter hashtag protest.

Organizations like Boko Haram do not arise in isolation. The men who establish Islamist groups, whether in Africa (Nigeria, Somalia, Mali), Southwest Asia (Afghanistan, Pakistan), or even Europe (U.K., Spain and the Netherlands), are members of long-established Muslim communities, most of whose members are happy to lead peaceful lives. To understand why the jihadists are flourishing, you need to understand the dynamics within those communities.

So, imagine an angry young man in any Muslim community anywhere in the world. Imagine him trying to establish an association of men dedicated to the practice of the Sunnah (the tradition of guidance from the Prophet Muhammad ). Much of the young man’s preaching will address the place of women. He will recommend that girls and women be kept indoors and covered from head to toe if they are to venture outside. He will also condemn the permissiveness of Western society.

What kind of response will he meet? In the U.S. and in Europe, some moderate Muslims might quietly draw him to the attention of authorities. Women might voice concerns about the attacks on their freedoms. But in other parts of the world, where law and order are lacking, such young men and their extremist messages thrive.

Where governments are weak, corrupt or nonexistent, the message of Boko Haram and its counterparts is especially compelling. Not implausibly, they can blame poverty on official corruption and offer as an antidote the pure principles of the Prophet. And in these countries, women are more vulnerable and their options are fewer.

But why does our imaginary young zealot turn to violence? At first, he can count on some admiration for his fundamentalist message within the community where he starts out. He might encounter opposition from established Muslim leaders who feel threatened by him. But he perseveres because perseverance in the Sunnah is one of the most important keys to heaven. As he plods on from door to door, he gradually acquires a following. There comes a point when his following is as large as that of the Muslim community’s established leaders. That’s when the showdown happens—and the argument for “holy war” suddenly makes sense to him.

The history of Boko Haram has followed precisely this script. The group was founded in 2002 by a young Islamist called Mohammed Yusuf, who started out preaching in a Muslim community in the Borno state of northern Nigeria. He set up an educational complex, including a mosque and an Islamic school. For seven years, mostly poor families flocked to hear his message. But in 2009, the Nigerian government investigated Boko Haram and ultimately arrested several members, including Yusuf himself. The crackdown sparked violence that left about 700 dead. Yusuf soon died in prison—the government said he was killed while trying to escape—but the seeds had been planted. Under one of Yusuf’s lieutenants, Abubakar Shekau, Boko Haram turned to jihad.

In 2011, Boko Haram launched its first terror attack in Borno. Four people were killed, and from then on violence became an integral part, if not the central part, of its mission. The recent kidnappings—11 more girls were abducted by Boko Haram on Sunday—join a litany of outrages, including multiple car bombings and the murder of 59 schoolboys in February. On Monday, as if to demonstrate its growing power, Boko Haram launched a 12-hour attack in the city of Gamboru Ngala, firing into market crowds, setting houses aflame and shooting down residents who ran from the burning buildings. Hundreds were killed.

I am often told that the average Muslim wholeheartedly rejects the use of violence and terror, does not share the radicals’ belief that a degenerate and corrupt Western culture needs to be replaced with an Islamic one, and abhors the denigration of women’s most basic rights. Well, it is time for those peace-loving Muslims to do more, much more, to resist those in their midst who engage in this type of proselytizing before they proceed to the phase of holy war.

It is also time for Western liberals to wake up. If they choose to regard Boko Haram as an aberration, they do so at their peril. The kidnapping of these schoolgirls is not an isolated tragedy; their fate reflects a new wave of jihadism that extends far beyond Nigeria and poses a mortal threat to the rights of women and girls. If my pointing this out offends some people more than the odious acts of Boko Haram, then so be it.