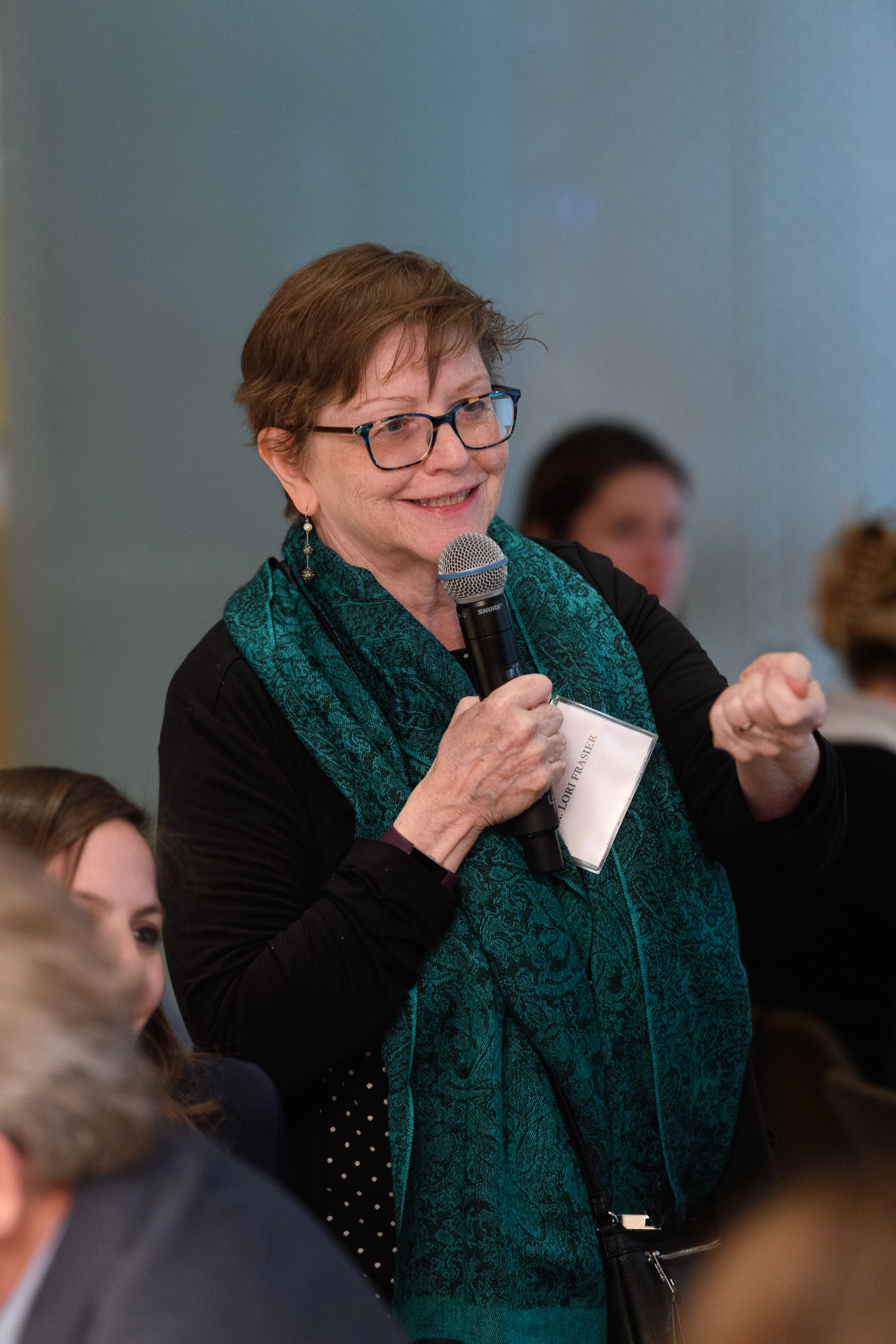 Dr. Frasier is an internationally recognized child abuse expert. As one of few medical experts in the United States specializing in the genital anatomy of young girls, she is uniquely positioned to and has taken on an important role in the fight to end female genital mutilation (FGM). We asked Dr. Frasier to share with us what pediatricians in the United States know about FGM and what role they need to have in ending the practice.

AHA Foundation: Can you tell us a bit about yourself and your work? How did you get involved in working to end FGM?

Dr. Frasier: I am a pediatrician and a child abuse pediatrician. I specialize in evaluating all forms of child abuse. This includes sexual abuse, where I have a lot of experience in the clinical care, as well as teaching and research. I was one of the first trained physicians in the country to be a child sexual abuse specialist. I later studied FGM and found that there is a strong parallel in the evaluation of FGM and child sexual abuse.

When I spoke at the Penn State Dickinson Law School conference on FGM, I realized that there were very few advocates or professionals that had pediatric expertise in FGM.

“Physicians, even pediatricians, are poorly trained in the anatomy of children’s genital area, and this makes it very difficult to identify subtler traumatic issues.”

Dr. Frasier: There are parallels in the evaluation of FGM in children and adolescents and in sexual abuse. Physicians, even pediatricians, are poorly trained in the anatomy of children’s genital area, and this makes it very difficult to identify subtler traumatic issues.

Type IV can be anything that involves scraping or ‘cleansing’ of the genitals, and so by definition, Type IV may not leave any residual finding, so without someone telling that it had been done to a child, it would be very difficult to identify during a physical exam.

Type III should be the easiest to recognize because it involves the most dramatic changes to the anatomy. Both Type I, which involves the removal of the clitoris and/or clitoral hood, and Type II, in which as much of the clitoris as possible is removed and the labia minora cut, could be difficult to identify if a physician does not have some suspicion that it was performed, and has not had special training in what to look for.

AHA Foundation: In the United States, are pediatricians trained on the subject of female genital mutilation?

“FGM is not on their radar screen.”

Dr. Frasier: No, not all. Many physicians have not even heard of it, or they think it happens in other countries and never happens in the U.S. Medical schools, to my knowledge, have no such training. Primary care training programs like Pediatrics or Family Medicine are not training future physicians well in evaluating children’s genital anatomy for sexual abuse or congenital abnormalities. FGM is not on their radar screen.

AHA Foundation: With this lack of awareness of pediatricians in the U.S., what can be done to promote trainings or improve standards in the medical field regarding FGM?

Dr. Frasier: I understand that a statement from the American Academy of Pediatrics is forthcoming on this issue. The statement, which I have not seen, will hopefully raise awareness for the 70,000 pediatricians who are members of the Academy. There may be recommendations about training also.

This is one of the best ways to raise awareness. It would be good to have specific trainings at national pediatric conferences, as well as specialty conferences in child abuse.

Dr. Frasier: They should find a pediatrician or physician who has some knowledge or experience in examination of the genital area of children. If a pediatrician suspects that the FGM was performed in the U.S. or the child was sent abroad for cutting, they should know that it must be reported.

“If a pediatrician suspects that the FGM was performed in the U.S. or the child was sent abroad for cutting, they should know that it must be reported.”

AHA Foundation: What role do pediatricians have in stopping FGM?

Dr. Frasier: Pediatricians need to recognize this doesn’t just happen somewhere else. It happens in the U.S. They should be educators of families from the time baby girls are born, making it clear to parents that female genital mutilation is illegal in the U.S. and when performed, leaves damaging lifelong consequences.

Universal as well as focused education for high risk groups should be developed.

Recognition that FGM is a child right’s issue and is a form of child abuse is so important. If there are professionals such as pediatricians who come from communities where this is potentially practiced, those individuals may have a stronger voice and be far more trusted by the community who practices FGM. Pediatricians should work with local and state advocacy organizations for recognition, but even more important, for prevention.

The opinions stated above are those of Dr. Lori Frasier and do not necessarily represent the views of the AHA Foundation.