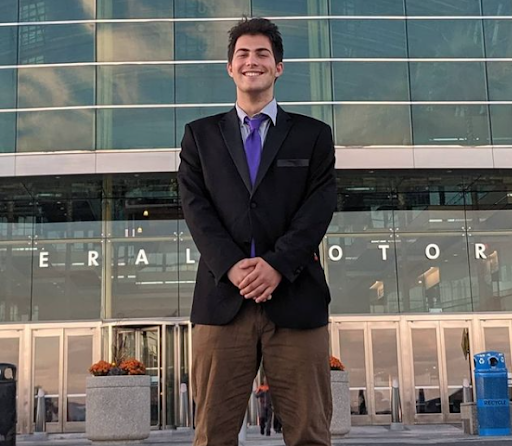 Isadore Johnson, a CTU fellow from UConn, is fighting to protect free speech at his school. His work has been met with backlash from some of his peers, though.

Freedom of speech continues to be a source of heated debate on many college campuses in North America. Isadore Johnson, AHA Foundation’s Critical Thinking Unit campus program fellow from the University of Connecticut (UConn), started a petition asking his school to adopt the Chicago Statement, a free speech policy written specifically for universities. Isadore received sharp backlash and hateful messages for his advocacy.

Isadore Johnson is a free speech activist. A fellow of AHA Foundation’s campus program, Critical Thinking Unit, he believes that progression of thought is at stake in the ongoing battle to restrict free speech throughout America—especially on college campuses.

That’s why early this year Isadore began a petition on his campus, at the University of Connecticut. His petition calls for UConn to adopt the Chicago Statement, which is known as one of the strongest free speech protections on a college campus in the world. It was adopted by the University of Chicago in 2014. Now, Isadore wants to bring those same protections to his school. We caught up with him to find out what drives his activism and hear about the pushbacks he has been facing.

These are the opinions of Isadore Johnson and not necessarily those of AHA Foundation.

AHA Foundation: Before we get to your experience specifically, can you tell us a little bit about the Chicago Statement—who wrote it and what exactly does it call for when it comes to free speech?

Isadore: The Chicago Statement was written in 2014 by the president of the University of Chicago calling for a robust defense of freedom of expression. The university thought it was important to adopt this statement after several commencement speakers were prevented from speaking around the country.

In particular, I agreed with the idea from the Statement that “Universities should be expected to provide the conditions within which hard thought, and therefore strong disagreement, independent judgment, and the questioning of stubborn assumptions can flourish in an environment of the greatest freedom.”

Ultimately, the Chicago Statement calls for universities to give the broadest possible protection to students, professors, and invited speakers making academic arguments and to respect that even ideas we loathe are ultimately welcome to be challenged.

AHA Foundation: What sparked your interest in advocating for free speech and specifically the adoption of the Chicago Statement on your campus?

Isadore: I transferred to UConn in 2019 which was my sophomore year of college. I was shocked at the willingness of my peers to accept the illiberal call for restricting certain individuals’ free speech, who we currently deem as dangerous or bad for discourse.

For example, at UConn’s campus several years ago, someone snatched a written speech

from a controversial speaker during his speech. I’m uncomfortable with how acceptable it was that people tried to make it impossible for him to speak. I’ve grown up admiring those who argued for civil liberties like the American Civil Liberties Union (ACLU), Glenn Greenwald, and other advocates of personal liberty during times when people are scared.

AHA Foundation: Why did you start this petition at UConn to adopt the Chicago Statement? Was there a specific incident that pushed you to prioritize this, or a general feeling on campus?

Isadore: In wake of the Black Lives Matter protests, many, especially those in college, were concerned about the ways that American society is unequal and unfair. In their hopes of spreading awareness, some believe that punishing dissent and disagreement would be in service of social justice values. I strongly disagree with this notion.

We’ve seen an increase in attempts to deplatform, we’ve seen professors fired for taboo comments and we’ve seen major hostility toward freedom of speech from many. If UConn does not make a strong statement on freedom of expression, the university will likely lose much of its financial support from the state and alumni, as many grow disillusioned with the condition of campus discourse.

Speech restrictions are often used by authoritarian governments to imprison dissidents, and many people take it for granted that authoritarianism could never happen here. I hoped that starting a discussion might be a good way of challenging a climate where free speech is being censored for sensitivity.

Although some speech that we defend may be hateful, a commitment to freedom of speech implies speech for ideas we despise.

AHA Foundation: How was the petition received by your peers on the campus?

Isadore: My petition had very mixed reactions. Some wanted to support it, and many articles were penned in support of the cause describing the importance of freedom of speech for philosophical, moral, and practical reasons. There were also articles that opposed this, many of them claiming that there’s an exception to free speech, which is “hate speech”, and treated our movement as though hate speech was primarily what we were defending. 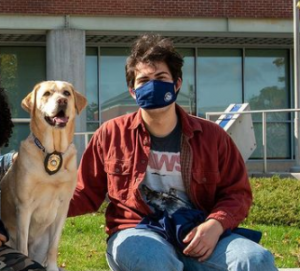 AHA Foundation: What is your response to the push-backs you received?

Isadore: Since many students are skeptical of free expression, it is important to provide them with opportunities that can give them a better understanding of what we’re pushing for and why free speech is important.

On March 1st, I put together a workshop teaching people how to write op-eds in service of the ideas they believe in. Through this, I wanted participants to come to an understanding about how freedom of speech can help someone personally.

A day after, I screened Mighty Ira, a documentary about former ACLU executive Ira Glasser, so that people can better understand the motivations behind the ACLU’s early days, and why they stand for what they do. We also hosted more interactive events too—one was a debate about whether deplatforming is a valid act on a college campus. And we hosted keynote speakers, Jonathan Rauch and Flemming Rose, both renowned authors and advocates of freedom of speech. At this event, we analyzed whether free speech makes minorities more or less safe through the principles of open debate.

AHA Foundation: How was this series of events perceived by your opponents on campus?

Isadore: I was disappointed that every single one of our critics failed to attend any of our events. It seemed to me that they were more interested in feigning outrage over ideas they’ve fabricated than exit their ideological echo chambers and learn about why we’ve been pushing for freedom of speech.

If an entire segment of students has never questioned their assumptions, college has failed them.

AHA Foundation: What did you mean when in your interview with The Daily Campus you mentioned that people should not expect to feel intellectually comfortable in college?

Isadore: In order to become educated, one needs to learn to think critically for themselves, which requires collision with error in your own thinking process. It may hurt to be challenged directly, especially if someone points out flaws in your arguments.

In an echo chamber, where people mostly believe the same things, it becomes impossible to learn and become thoughtful. If someone remains intellectually comfortable in college, they likely haven’t been challenged to think critically. Classes in college should challenge students’ thoughts and values and should provoke them to question their worldviews. If an entire segment of students has never questioned their assumptions, college has failed them.

AHA Foundation: How would the adoption of the Chicago Statement at UConn help the free speech climate on your campus? What are the next steps to getting it adopted?

Isadore: The adoption of the Chicago Statement at UConn would send a message that a university is a place where ideas, especially taboo and uncomfortable topics are able to be talked about. This has a twofold effect.

First, it creates legitimacy by pointing out that people who disagree with the cultural norms of our times are able to be given a fair shake. Secondly, the statement encourages students who disagree strongly with a speaker to engage with them, rather than try to shut them down.

Meanwhile, if UConn became the first university in Connecticut to adopt the petition, it would likely be great for publicity, and adopting the statement may help its rankings. I’m optimistic that UConn will make the right decision.

AHA Foundation: Is the Chicago Statement something you think other universities should adopt and why?

Isadore: The Chicago Statement is something other universities should adopt because it creates a better climate for all students, faculty, and staff on campus. Students are more likely to have an intellectually rigorous education. Professors are not going to be as worried about what they teach in their classes. Finally, administrations will have fewer tough decisions to make and it will improve their publicity, funding, etc.

Are you or someone you know in college interested in cultivating critical thinking and defending free speech? Apply to be a fellow with CTU today! To learn more about the program and how to apply, click here.