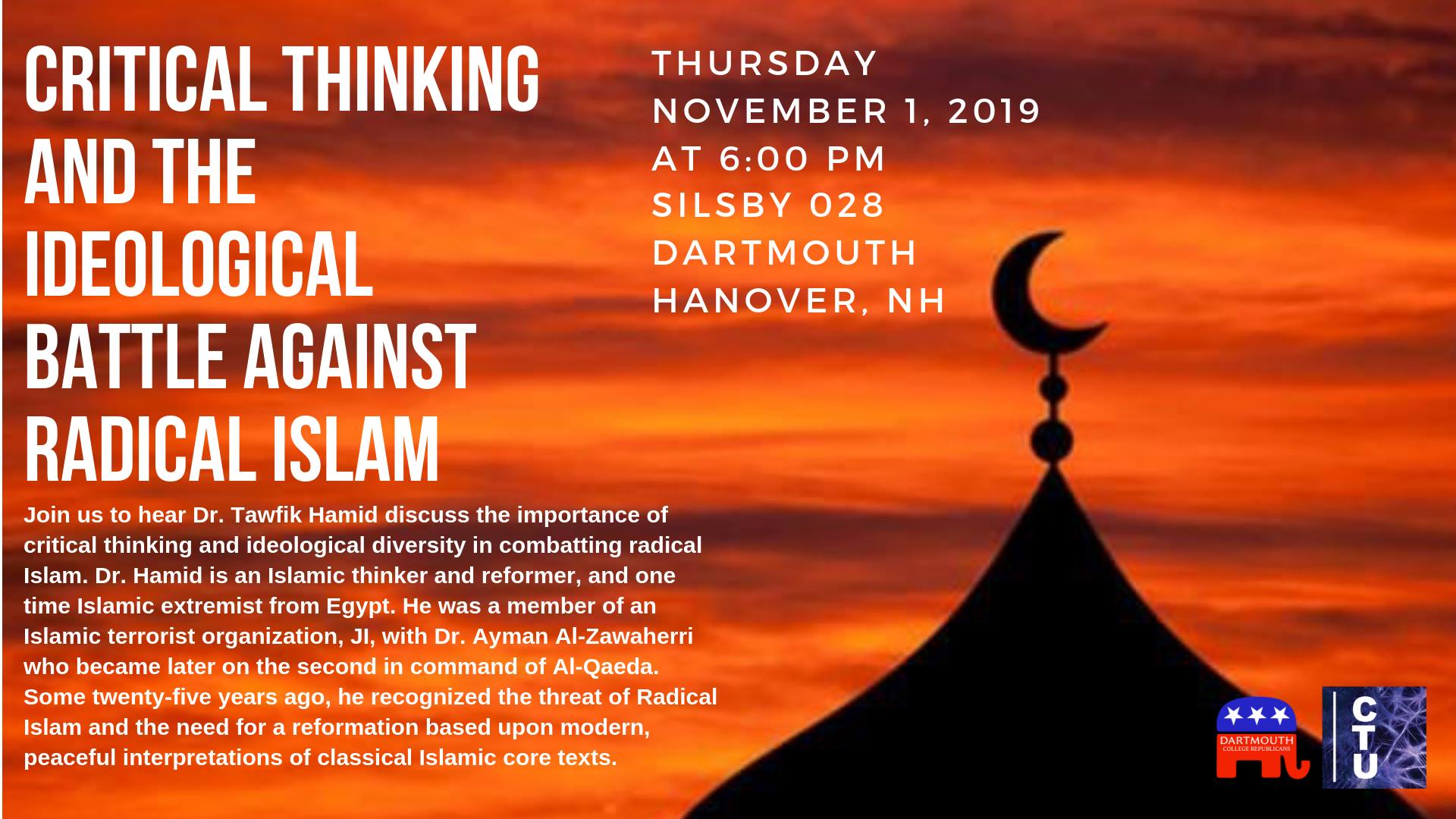 Dr. Tawfik Hamid, M.D., is a journalist and scholar, originally from Egypt, and the author of Inside Jihad, an insider’s look into radical Islam and jihadism. He is a former member of the Egyptian Sunni Islamist group al-Jama’a al-Islamiyya (JI), designated by the U.S. government as a terrorist organization. Through his experience with this group, he came to question the ideology of radical Islam and eventually embraced a peaceful interpretation of Islam, compatible with human rights and ideological diversity.

To start his presentation, Dr. Hamid introduced his unique perspective on the science and psychology of radicalization. He described the process as taking place in four distinct steps: the suppression of critical thinking, the suppression of the human conscience, the fear of severe punishment in hell, and the deprivation of sexual experience. Dr. Hamid then outlined the different types of thinking along the path towards radicalization and how each one requires a different approach. The “pre-radical” category, he believes, can best be addressed through theological reformation and intellectual challenges to disrupt the suppression of critical thinking.

Dr. Hamid related the harrowing story of how, in the midst of his radicalization process, he turned back from the precipice. His superiors in JI demanded that he take in part in burying a local opponent alive. His conscience convinced him to leave the violent group behind and question the entire ideology of Islamism – politicized Islam. Through his experience of the depths of Islamist indoctrination, Dr. Hamid came to realize that the battle against Islamic radicalism needed to be fought in hearts and minds.

In the ideological battle against radical Islam, Dr. Hamid believes we need a wide-ranging arsenal of strategies and solutions. He supports moderate and pluralistic interpretations of the Qur’an and encourages arts and music to break the stranglehold of fundamentalism on young Muslims. He dismissed the idea that terrorism and radicalism were caused solely by such factors as the Arab-Israeli conflict or socio-economic despair. Instead, he faulted a hateful, violent interpretation of the religion which has gripped Muslims around the world.

In closing his remarks, Dr. Hamid recited his own poem, in English and in Arabic, about the journalist Daniel Pearl, killed by jihadists in 2002. This impactful reading stirred the audience and left many hoping for a future of peace and freedom.