Honor violence happens right here in America. Will a guilty verdict for Yaser Said be our wake up call? 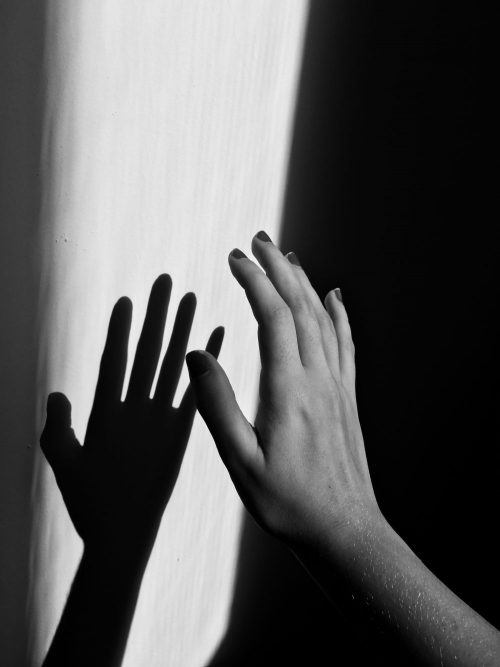 For this International Day of the Girl Child, AHA Foundation’s Director of Policy and Women’s Programs Michele Hanash shines a light on an often overlooked abuse against women in the U.S.

On August 9, Yaser Said, a Texas taxicab driver, was found guilty of killing his two daughters, Sarah, 17, and Amina, 18, and sentenced to life in prison. The killings took place in Dallas on New Year’s Day 2008. The verdict comes after 12 long years Said spent on the run (he was arrested in August 2020). Prosecutors said Said, a native of Egypt, was angry that his daughters were dating and that the boys were not Muslim. A 911 call made by Sarah before she succumbed to her injuries recorded her heartbreaking final plea: “My dad shot me. Send some help. I’m dying.”

Tragically, Sarah and Amina were victims of honor killings, a form of honor violence.

When most people hear the term ‘honor violence,’ they aren’t sure what exactly it means. One of AHA Foundation’s main priorities is to raise awareness of abuses against women and girls in the U.S. As the mother of Amina’s boyfriend, Ruth, told AHA in 2015:

As I heard more about honor killing, I found it wasn’t just an ‘over there thing.’ It is a USA ‘thing,’ too. Why hadn’t I heard about this before? …

If the USA would have started raising awareness the first time honor violence or an honor killing happened in the USA, maybe, just maybe, I, Amina, Sarah, Joseph or anyone else would have known that agencies like AHA Foundation were out there to help; we could have helped Amina and Sarah escape from the boroughs of hell and maybe rescued them. Unfortunately, I learned of this after Amina was taken from us.

We can’t let these girls down by burying our heads in the sand and thinking that issues like female genital mutilation, child marriage, and honor violence are only problems in far-away countries.

Honor violence is one of the least well-known abuses facing women and girls in the U.S. So, for the International Day of the Girl Child, we want to shine a light on it—because speaking up and speaking the truth are the first steps in ending harmful practices like honor violence.

What is honor violence?

Honor violence involves the systematic control of a victim that tends to escalate over a period of time. It can be perpetrated by an individual but is more likely to be committed by an entire family or community. Honor violence takes many forms including psychological abuse, threats, stalking, harassment, false imprisonment, violence, sexual abuse, and even homicide.

Honor killings are murders committed when an individual—typically a female—is thought to have shamed the family, and killing that individual is believed to be the only way the alleged shame can be erased and honor restored to the family.

Global data from the United Nations Population Fund (UNFPA) estimates that approximately 5,000 women and girls are victims of honor killings annually and AHA Foundation’s research, done in joint partnership with the John Jay College of Criminal Justice, found that an estimated 23 to 27 honor killings occur each year right here in the United States.

Why is honor violence underreported?

The DOJ report found that the vast majority of honor violence cases occur because victims are considered too Westernized. The report further noted that without proper training, law enforcement personnel in the U.S. are unlikely to recognize the warning signs of honor violence.

Information about honor violence is often held tightly within families, and victims fear extreme and harmful family responses if they speak out. A pattern of escalating control over a victim is a marker for honor crimes, and training personnel to look for red flags in cases involving family violence can be the difference between life and death.

A perpetrator of honor violence often believes that his conduct is justified because of the victim’s actions. Because this perception is supported by deeply ingrained cultural customs, he is generally not alone in this belief and often has the support of his family and community.

Although there is significant overlap, honor violence differs from domestic violence because honor violence is often condoned by families and communities. A perpetrator of honor violence often believes that his conduct is justified because of the victim’s actions. Because this perception is supported by deeply ingrained cultural customs, he is generally not alone in this belief and often has the support of his family and community, either in planning and committing the violence or fleeing from law enforcement afterwards.

Learn About AHA’s Trainings for Professionals

This was evident in the Said case, as Said managed to hide out for 12 years until the FBI found him in a relative’s home in Denton County, not far from where the killings occurred. Said’s brother Yassein and his son Islam were arrested and charged with harboring a known fugitive and are now serving time in federal prison.

Stand up and speak out: how to oppose honor violence in the U.S.

Accordingly here in the U.S., though women and girls are at risk, there is little awareness about the practice and how to prevent it. The vast majority of honor violence crimes are undetected and underreported.

Women and girls facing honor violence may have only one opportunity to seek help; it is crucial that when they do so, they encounter a professional who understands that the risks they face are real and responds accordingly.

This is why AHA Foundation trains law enforcement, service providers and educators likely to encounter cases of honor violence on how to recognize, react and respond to these crimes. AHA Foundation has trained more than 3,400 service providers, law enforcement officials, and others on best practices for identifying and handling cases of gender-based violence, including honor violence, to date. We also operate a helpline for individuals facing honor violence and forced marriage, manned by crisis counselors.

Everyone can play a part [in ending honor violence in the U.S.] by raising awareness of the issue and advocating for legal and social change.

AHA Foundation will continue to strengthen its training and other efforts to protect women and girls from honor violence. But everyone can play a part by raising awareness of the issue and advocating for legal and social change. I hope this blog has informed you about the very real problem of honor violence in the U.S. And I hope it inspires you to stand with us in opposing it.

Read Our Interview with Ruth Trotter. Never a Memory: A Mother Gives Voice to a Victim of Honor Killing

Read: An Interview with Qadar Issa, Survivor of Kidnapping and Honor Violence

Read: Five Things About Honor Violence You Need to Know