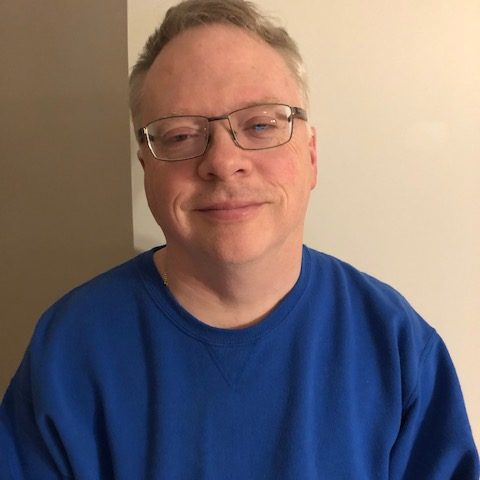 Brian Donahue, a social worker from Connecticut and a parent of three children, spends his free time advocating state legislators, local organizations and community members to galvanize support for bills that will protect children from abuse in his state. Brian’s advocacy has helped launch several new bills. We asked him to share how he became a child-rights advocate, what makes his advocacy successful, and about common misconceptions that he has encountered about child abuse in the United States.

AHA Foundation: What first inspired you to become a social worker?

Brian Donahue: Growing up, I always knew I wanted to work to help empower families and children to make a difference in their lives. In 5th grade, I had a friend who was abused and would often come to me and speak about the issues in his home life. He had a very loving and caring father but his mother was verbally and physically abusive towards him. My friend needed support from the trauma he had faced from his mother. That’s when I truly knew that I wanted to work professionally with individuals similar to him, to empower them when they felt they were powerless.

My wish came true. I have been employed as a social worker, working with families and children, for the past 25 years.

AHA Foundation: You spend your free time advocating for children’s rights. How did this volunteer work start and evolve over the years?

“My parents taught me that if I wanted to make a difference in society, I needed to be a changemaker.”

Brian Donahue: My parents taught me that if I wanted to make a difference in society, I needed to be a changemaker. This has impacted me throughout my life. I juggled many responsibilities including school, internships, and my advocacy efforts. After finishing graduate school, I began my career working in child welfare. I worked as a social worker for 15 years, and during that time I also volunteered as a mentor for Big Brothers/Big Sisters program in Hartford, Connecticut. Seeing firsthand the issues the children were facing and trying to conquer inspired me to continue doing more for those in need.

After my wife and I had our first child, we decided to become foster parents to two children who we later adopted. Through this process, we became aware of the fact when a child is adopted, their original birth certificates are sealed and the government issues them new birth certificates saying we were the children’s first parents. This was upsetting to me and I was determined to make a change. I looked how I could become active in my community to help children in these circumstances. I began to become an activist for civil rights and for adoptees to be able to have access to their original birth certificates by advocating for legislative changes. This work had led me to where I am now.

Currently, I am working with my church to have a resolution passed on both a state and national level which would call an end to child marriage. I have introduced this issue to other organizations and encouraged them to prioritize it as well. As a result, I have been asked to speak to community organizations to raise awareness of child marriage and to urge them to support the survivors by calling their state and national legislators to end this awful practice.

“Without already being immersed in child welfare advocacy, I would have never been aware of these issues.”

Brian Donahue: I read in the Hartford Courant, a daily newspaper in Connecticut, about the issue of child marriage and AHA Foundation’s efforts to end child marriage both in Connecticut and across the nation. Without already being immersed in child welfare advocacy, I would have never been aware of these issues.

I contacted AHA Foundation in the summer of 2018 to inform them of my conversations with legislators and asked them to partner with me and my community partners. The only way to end child marriage is to work together with other committed individuals and organizations. By doing this, our message and efforts become stronger.

“… and 17 years old are still at risk of being involved in human trafficking and that many traffickers use this loophole to trap girls in a marriage, and child marriage is used as a control mechanism so the minors will do anything to please their new partners.”

AHA Foundation: Before learning about AHA’s work, were you familiar with female genital mutilation, child and forced marriage and honor violence, abuses that affect tens of thousands children in the U.S.?

Brian Donahue: I was aware of these issues before contacting AHA Foundation because of my work in child welfare. In 2017, Connecticut amended their laws to implement a minimum age to marry, which is now 16, and the law requires parents’ and the judge’s permission for marriage in the probate court. Many people assume this means that children are safe from many of the harms associated with early marriage. This is far from the truth.

Through trainings and conferences I attended, I learned some alarming facts about child marriage. Such as, 16 and 17 years olds are still at risk of being involved in human trafficking and that many traffickers use this loophole to trap girls in a marriage, and child marriage is used as a control mechanism so the minors will do anything to please their new partners. I then became aware of how many minors enter early marriage because they feel forced by their families, especially if the youth becomes pregnant. I also learned recently, that there is an ever growing number of minors who are marrying individuals because their family encourages it in order for the other individual to attain a green card or citizenship rights in the United States.

Brian Donahue: I reached out to the three legislators: one who introduced a bill in 2017 to end child marriage, another who I previously worked with in advocating for adoptee rights, and my newly elected state senator. Each individual promised me they would work in our group to close the loopholes in the laws in Connecticut and implement a hardline minimum age of 18 with no exceptions.

Just before the legislative year in Connecticut began for the 2019 session, one of the senators withdrew her support and another went silent on the issue. I thought I would have to start over completely and I was prepared to look for new sponsors. However when I met my legislator in the community during a come-to-meet for new legislators, he informed me he had submitted the bill. Now we are waiting for it to pass its committee hearing.

“The issue of child marriage, and human trafficking, is not a Republican or Democrat issue. It is a human rights concern.”

AHA Foundation: What did you learn through this advocacy experience? What lessons could our other supporters learn from you?

Brian Donahue: I learned that advocacy is a marathon, not a sprint. Things can change quickly and you have to adapt, and never give up on a bill you believe in. From my experience, getting the information out to the general public is very beneficial to getting your bill passed.

Child marriage is not an issue individuals talk about every day. They think child marriage does not occur in their state or that the victims of child marriage, and human trafficking, are abroad. When you advocate, using all different forms of communication such as speaking to groups, emailing organizations, and using Facebook, to get the message out into the general public is beneficial because you reach more people with your message.

I learned to reach out to both sides and being bipartisan is the best way to go. I believe it is so important to have connections with both Democrats and Republicans. I have once contacted the entire Connecticut Senate and House of Representatives to ask them for their support for the issue I was advocating for at that time. The issue of child marriage, and human trafficking, is not a Republican or Democrat issue. It is a human rights concern. I have learned one must appeal to all legislators. I have contacted every member of the Judiciary committee to ask them to support the bill to end child marriage in Connecticut. I have also learned it is important, if possible, to ask others to directly be involved in advocating with me.

“I would also say, do not be discouraged by setbacks.”

AHA Foundation: Do you have advice or words of encouragement for supporters who are considering to advocate to ban child marriage in their home state?

Brian Donahue: I urge them to contact their local state legislators as a first step. Next, I advise they reach out to organizations in their community that may have an interest in ending child marriage and try to partner together. Community members that work together can have a big influence and show their legislators that this is an issue they should care about.

I would also say, do not be discouraged by setbacks. Some bills receive push back for reasons you can’t control. Keep in touch with the sponsor of the bill and make sure they know you support them and want to help. As a result of my persistence, I am very grateful to Connecticut State Senator Matthew Lesser for being willing to submit the bill.