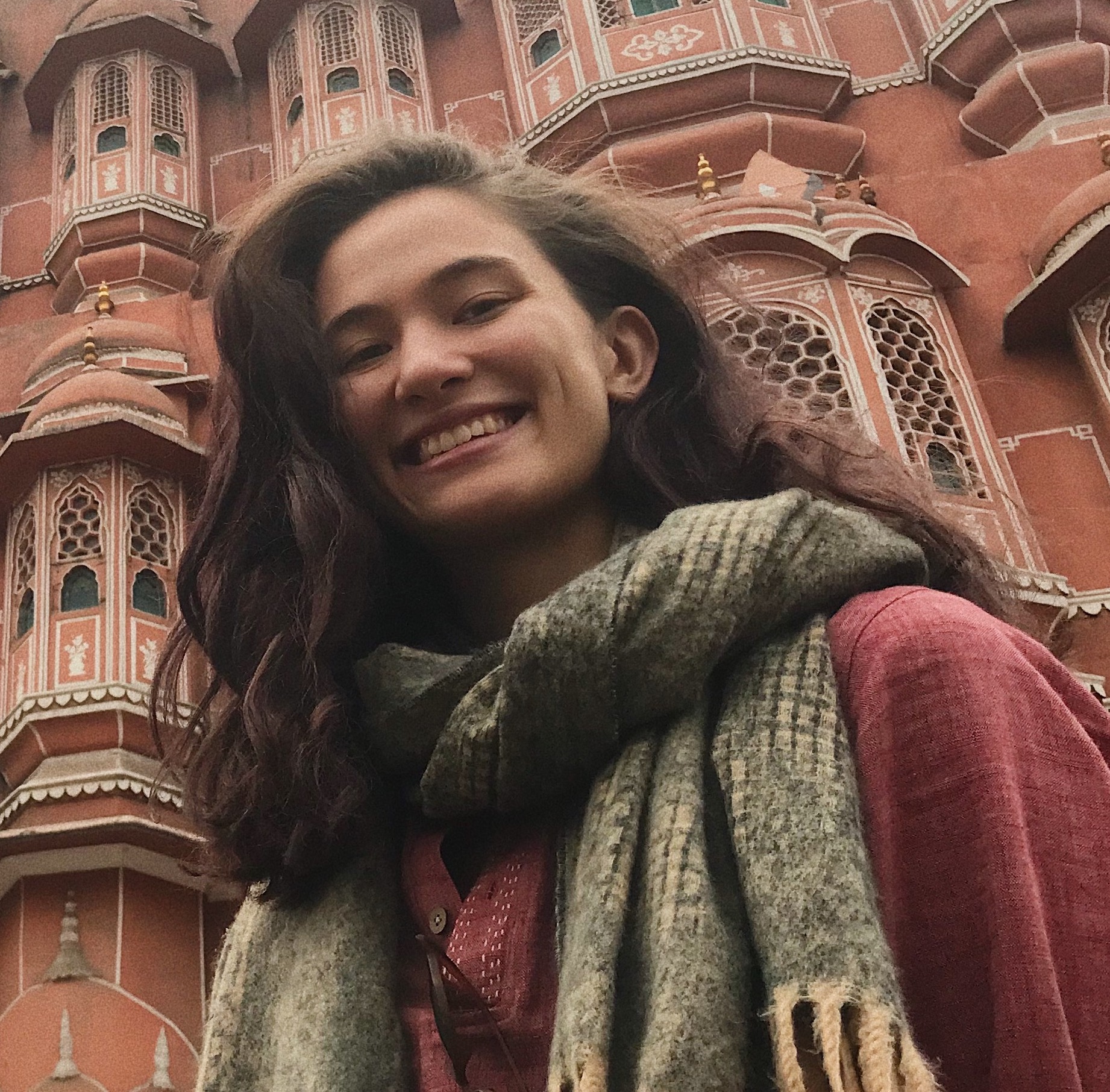 It’s been almost four years since the inception of AHA Foundation’s campus program, the Critical Thinking Fellowship. In those years, the program has helped develop the critical thinking skills of dozens of students and inspired them to protect free speech on college campuses. This month, our fellow from Columbia University, Serena Killion, spoke about how she brought difficult conversations to her campus.

Serena Killion has been a part of AHA Foundation’s campus program, the Critical Thinking Fellowship (CTF), for three years now—more than half as long as the program has been around. As the CTF nears its fifth anniversary, Serena, our longest-standing fellow, spoke with us about the importance of the fellowship and how it has helped her grow as an independent thinker.

AHA Foundation: Could you start by just sharing a little bit about yourself?

Serena Killion: I was raised in a suburb of Portland, Oregon but currently live in New York City where I am finishing the last semester of my undergraduate degree at Columbia University. I am a computer science major with an interest in linguistics and all things language. During the academic year, I teach introduction to programming to high schools in the tri-state area as well as formerly incarcerated individuals through the Justice Through Code program. Outside of school, I rock climb, watch films, go to live music events, and when I can, get out in nature to hike or backpack.

AHA Foundation: How did your fellowship with CTF began?

Serena Killion: My fellowship with CTF began after I met the Ideas Beyond Borders founders, Faisal Al-Mutar and Melissa Chen, who are also co-founders of the CTF, along with AHA Foundation. I reached out to them when I moved to New York City because I had been following them on social media and wanted to support the work they were doing. They told me about the fellowship and I thought it was a great opportunity to raise awareness about human rights issues and bring important discussions to my campus.

AHA Foundation: You have been a fellow for three years now and will soon be graduating and leaving the program. Looking back at what you achieved, did everything work out the way you envisioned it?

Serena Killion: I was fortunate to have been supported by Colloquia, a discussion-based club at Columbia that values the diversity of thought and free speech. With the resources from CTF and a group of passionate students, I was able to host events that fulfilled my goal to bring difficult discussions to the campus. On an individual level, I was able to meet interesting thought leaders through the speakers I invited to further broaden my worldview.

AHA Foundation: What were the most difficult topics/discussion you brought to your campus through CTF? How did you choose them and what were you hoping to accomplish?

Serena Killion: Some of the more difficult event discussion topics were the documentary, ‘Islam and the Future of Tolerance,’ and fighting mandatory hijab in Iran.

For the film screening, I invited Yasmine Mohammed, Muhammad Fraser-Rahim, and the director, Jay Shapiro to a panel after the film so students could ask about the intention of the film and also get perspective from both an ex-Muslim and a Muslim.

With the event titled `Feminism and Effective Activism,’ I was trying to create a discussion about how activists can engage with their home country when they live abroad.

AHA Foundation: Was there any pushback from students, or faculty as you were trying to organize the events? How did they affect your work on events that followed after these encounters?

Serena Killion: When there was pushback, it was usually online. These included comments on Facebook or direct messages expressing discomfort or disappointment in the event. For example, I received a message after promoting ‘Feminism and Effective Activism’ about how I should have invited a woman who chooses to wear a hijab.

I also got pushback from a speaker during a discussion. The speaker was unwilling to have a conversation and instead resorted to ad hominem attacks. This encounter made me realize how polarized we’d become as a country. If two professional speakers couldn’t have a conversation on a college campus in front of an audience of students, how could we expect two people with opposite political or religious opinions to have a conversation?

Although this was not the plan, the event demonstrated what an ineffective conversation looked like and there was a lot of engagement from the students in the audience after the event discussing what happened.

AHA Foundation: As our longest-standing fellow, how do you think you have changed as a thinker and student during your time in the program? What aspects of the program had the most influence on you as a person?

Serena Killion: I have become more critical of debates motivated by politics and self-interest and have grown more respectful of individuals who continue their work to bring change in this world through the dissemination of knowledge and ideas. I also learned a lot from both the positive and negative reactions to the events I hosted about our current cultural and political climate. 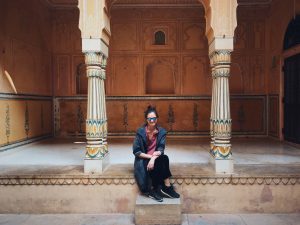 AHA Foundation: You organized four events on your campus as a CTF fellow. Which ones are most memorable for you and why?

Serena Killion: My first event with Faisal Al-Mutar and Zach Wood was memorable because it attracted so many students and even non-students from around NYC. It felt like I was tapping into a new space that people wanted to engage with. The event gave Colloquia and my fellowship a lot of momentum to continue hosting big events. My last event with Masih Alinejad, a renowned journalist and feminist from Iran, was also memorable because I had just finished reading her autobiography and felt a connection with her and a desire to give her voice a platform.

AHA Foundation: How would you describe that space? What did that space offer to students that they could not find in other places?

Serena Killion: The space is a place and state of mind where students can play with ideas that they are not familiar or even comfortable with because of their own upbringing, whether it’s cultural, religious, or political. I believe this space was unique at my school because the founders of Colloquia came from different backgrounds themselves, what they had in common was their desire to have good conversations about interesting and important topics. The events I organized allowed students to listen and ask questions directly to people with lived experiences with some of our discussion topics.

AHA Foundation: What topics that are covered by the CTF program interest you the most?

Serena Killion: I was most interested in promoting critical thinking and Enlightenment thought because I believe the lack of free thought is the root of so much suffering in this world.

AHA Foundation: What kind of mark did the CTF fellowship leave on your experience on campus, and you as a person? Has it also impacted the plans you are making after graduation?

“Although I plan to have a career in the tech industry, the passion I felt and witnessed during my fellowship has made me reflect on how technology can be leveraged to promote critical thinking and improve lives.”

Serena Killion: The CTF fellowship gave me something meaningful to do outside of my coursework. I interacted with students from different academic backgrounds. I also did a lot of background research into topics and speakers before deciding on an event. This motivated me to take many electives about similar themes outside of my major, including Freedom of Speech and Press and Post-War Iraqi literature.

Although I plan to have a career in the tech industry, the passion I felt and witnessed during my fellowship has made me reflect on how technology can be leveraged to promote critical thinking and improve lives, which informs my decision on the type of work I choose.

The CTF fellowship pushed me to reach out to different groups and meet students I wouldn’t have otherwise interacted with. Planning an event takes a lot of work, but it’s incredibly rewarding to find like-minded individuals who want to work together to make it happen. As someone who doesn’t like public speaking, it allowed me to work behind the scenes to curate conversations I believed in.

AHA Foundation: Thank you so much Serene for taking the time to speak with us today.

Serena Killion: Thank you to the supporters of the AHA Foundation who give us students the resources to challenge ourselves and our fellow students to think critically and promote ideas for a freer world.