Despite Federal Ban, Girls Are Still in Danger in States Without Legislation for Female Genital Mutilation 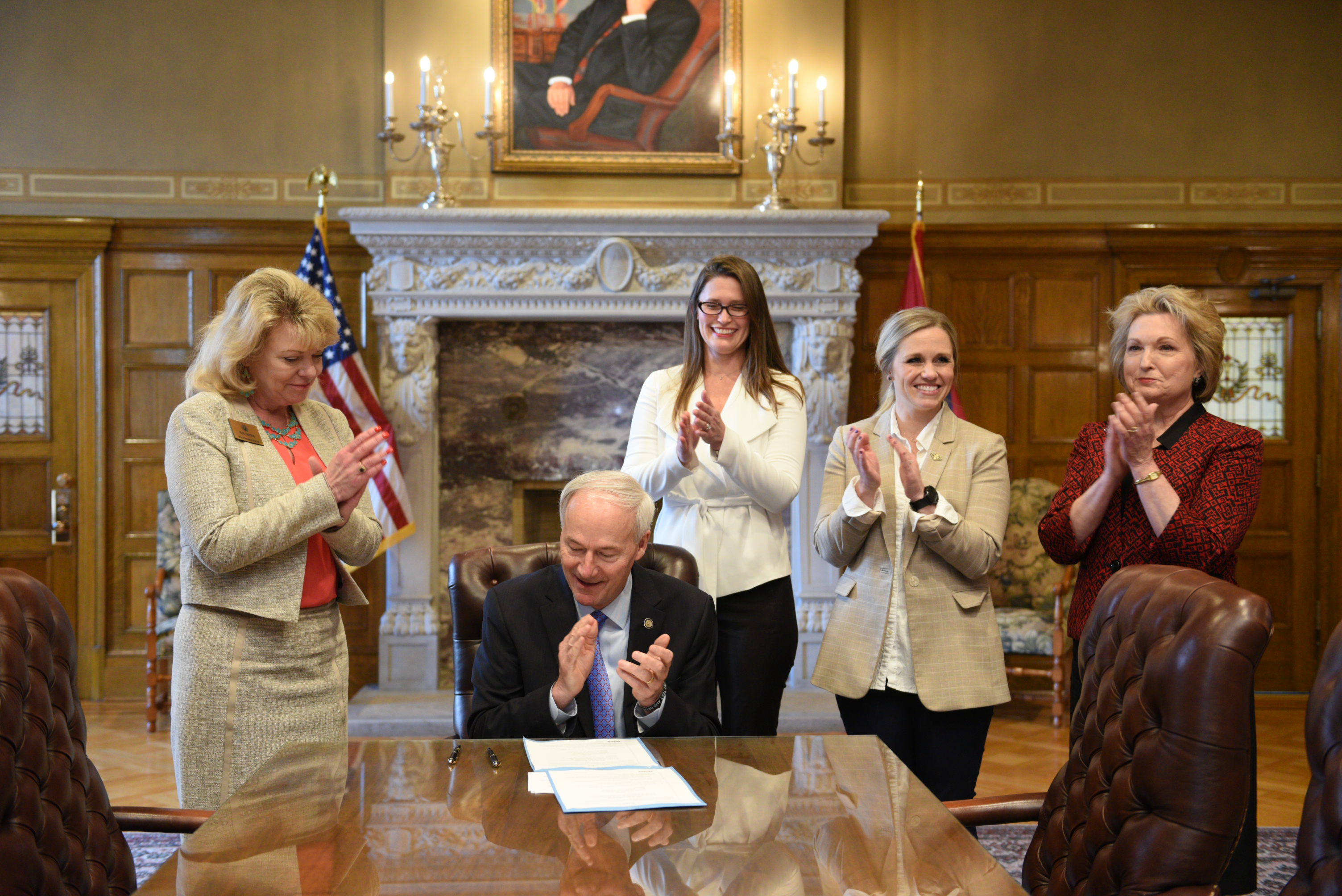 AHA Foundation Senior Director, Amanda Parker (white jacket), attending the ceremonial signing of one of the strongest anti-FGM bills in the country.

Just this month, the STOP FGM Act of 2020 was signed into law, providing protection to thousands of women and girls around the country from female genital mutilation (FGM). While it is a critical step in helping those at risk, the best way to ensure the safety of women and girls is to back up the federal ban with state-level bans in all 50 states.

Reestablishing the federal ban in the U.S. was one of our biggest legislative wins ever against the egregious act of FGM. The STOP FGM Act of 2020 is now one of the biggest shields protecting thousands of women and girls from undergoing FGM. Still, we can and need to do more.

10 states and the District of Columbia still do not have bans against FGM. While the federal bill helps provide protection for those at risk, state-level bans can go further in making sure that this practice has no place in our country. This month, we spoke with AHA Foundation’s Senior Director Amanda Parker about the importance of passing state FGM bans.

AHA Foundation: A federal ban against FGM was just passed, but AHA Foundation is not going to stop here. We are continuing our advocacy to pass FGM bans in all 50 states. Why is it important to get states to institute FGM bans too?

Amanda Parker: Despite the federal law, state laws remain critical tools in ending FGM. Specific anti-FGM laws send a strong message that the practice is not acceptable in the state.

We know anecdotally that families on the fence or resisting having their daughters undergo the procedure, but facing pressure from family or community members to do so, use existing laws as the reason for why they will not cut their daughters.

AHA Foundation: Some people will argue that federal law can do just that—it sends a strong message that FGM is not acceptable in the U.S. and families that feel pressure from their communities to have their daughters undergo FGM can use their fear of breaking the federal law to justify not continuing the practice. What do you say to people who use these arguments to explain that state bans are no longer needed?

AHA Foundation: In what ways can a state ban help those at risk that the STOP FGM Act of 2020 is not already able to do?

Amanda Parker: Comprehensive state legislation will provide education and outreach on FGM to local communities and professionals likely to encounter cases, it will also ban taking a girl outside of the state to undergo FGM, and will give survivors the opportunity to stand up for themselves in a court of law, should they choose to do so. None of these tools can be provided with a federal law.

We learned that civil remedies could be used to enable a survivor to stand up for herself in a court of law and receive damages for what has been done to her.

AHA Foundation: Through AHA Foundation, you have advocated for state FGM bans for more than 10 years now. How has the model state FGM legislation changed over the years and what inspired these changes?

Amanda Parker: Our first model bill was very bare-bones, it only included criminalizing the practice. As time went on, we learned more about the practice and ways to prevent it. We’ve made modifications many times over the years to adjust for those learnings.

Our first addition was to ban taking a girl outside the state for the practice. This was inspired by learning about the practice of “vacation cutting,” where a girl is taken overseas during school breaks to undergo the procedure. We’ve also learned from advocates we’ve worked with in other states and “stole”—with their enthusiastic permission—aspects of legislation they’ve included. For example, from the Massachusetts coalition working to end FGM, we learned that civil remedies could be used to enable a survivor to stand up for herself in a court of law and receive damages for what has been done to her. Not long after, that tool became a part of our model bill.

Another provision we have added is one that mandates law enforcement to receive training on FGM as part of their certification. Through our existing work with training law enforcement and other professionals about FGM, we realized it is critical that professionals who are on the front lines protecting girls at risk are trained in how to respond in those situations. So we built the training requirement into the model legislation. That, plus it gave an additional clause to a legislator’s package of anti-FGM bills and made it possible for them to have an even number of Republicans and Democrats as bill sponsors. The main idea here is that we’re always learning and adapting, and always looking for new ways to prevent FGM and support survivors.

Amanda Parker: This could go either way, though I’m definitely concerned that the presence of a usable federal ban will dissuade state legislators who might otherwise introduce bans because they think that it’s no longer necessary.

AHA Foundation: How do you plan to prevent that from happening?

Amanda Parker: We began our state-level advocacy for anti-FGM laws long ago, many years before the federal law was deemed to be unconstitutional, and we were quite successful then. So, although it may take a little longer in terms of educating lawmakers, I am confident they’ll quickly see the need for state-level laws in addition to the federal ban.

AHA Foundation: What do state legislators need to know that will help them understand the urgency?

Amanda Parker: I have heard time and again from survivors that laws against FGM make a big difference to families considering whether or not to have their daughters undergo FGM. These laws matter, families listen, and girls can be protected from this painful human rights abuse simply by doing the right thing and enacting holistic anti-FGM laws.

No state gets a free pass on taking the steps necessary to protect girls from FGM.

AHA Foundation: There are now 10 states without an FGM ban. Where is the ban most urgently needed – in which states?

Amanda Parker: Washington is the state with the highest number of women and girls estimated to be at risk or to have undergone the practice that still lacks a state-level FGM ban. The Population Reference Bureau estimates 25,000 women and girls in the state are at risk. Truly, though, each of the 10 states and the District of Columbia must take action to protect girls from FGM not only to protect their own girls but also to protect others. Each state that lacks an FGM ban is at risk of becoming a destination state for girls to be trafficked in order to be cut. No state gets a free pass on taking the steps necessary to protect girls from FGM.

AHA Foundation: In which states do we need our supporters to reach out to legislators? What should they say?

Amanda Parker: We need our supporters in every single state that lacks an FGM ban to reach out to their legislators and let them know that this issue is important to them and that one girl cut is one too many.