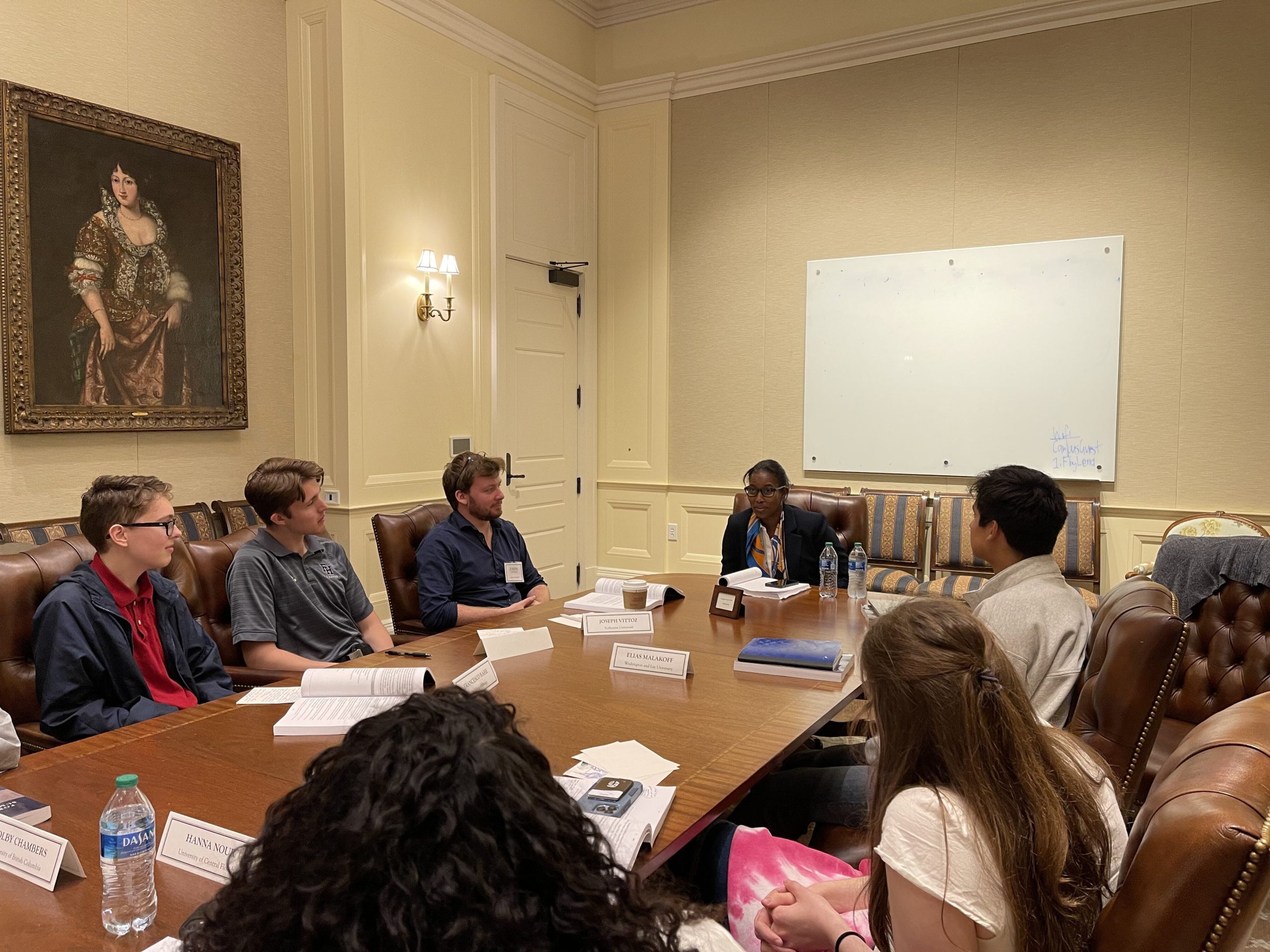 Ayaan engages with her students at UATX's recent summer school.

The New York Post published an article discussing UATX’s (aka the University of Austin) recent summer school, at which our founder Ayaan Hirsi Ali taught. The article cites some of Ayaan’s students, including Hanna Nour, who is also a member of AHA Foundation’s campus program the Critical Thinking Fellowship (CTF).

Fed up with the increasingly woke and intolerant political climate on American campuses, former New York Times columnist Bari Weiss last year announced the launch of The University of Austin, a new four-year college dedicated to “the fearless pursuit of truth.” The college aims to welcome its first class of full-time four-year undergraduates in 2024, and last month, its first summer program, “The Forbidden Courses” series, admitted 80 students from colleges across the US.

“This is an insanely intelligent group of people — a genuinely thoughtful, bold group of kids. And it bodes very, very well for the future of the institution,” University of Austin founding faculty member Peter Boghossian told The Post. A former professor at Portland State who came under fire for publishing hoax papers in woke academic journals, Boghossian taught a course at the University of Austin called “Street Epistemology,” about conversational techniques that help people think more critically about deeply-held beliefs.

During the two, week-long summer sessions, funded entirely by donor contributions and held at a temporary location in Dallas, students attended small, discussion-based seminars, such as “Critical Thinking and Freedom of Expression” taught by feminist and activist Ayaan Hirsi Ali, alongside shorter workshops, like “How to Be Liberal in an Illiberal Age” taught by Weiss.

For more on UATX and its summer school, read or listen to Bari Weiss’s speech here, read an account of Ayaan’s course written by an AHA Foundation team member who attended as a teaching assistant here, and read Ayaan in UnHerd on the same subject here.