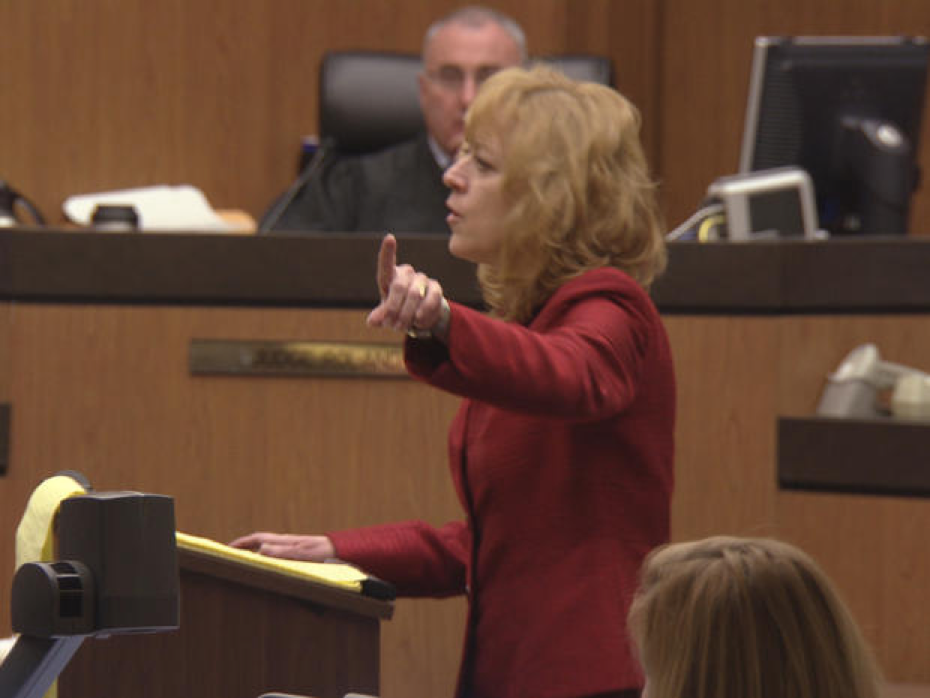 Laura Reckart was a prosecutor in Arizona on the murder case of Noor Almaleki in 2011. (Photo courtesy of Laura Reckart).

Honor killings, the most extreme case of honor violence, happen around the world and also in the U.S. But most Americans are not aware of this.

In August of 2020, Yaser Said was captured by the FBI after 12 years on the run for the alleged honor killing of his daughters, Amina and Sarah. In anticipation of his trial and awaiting justice to be served, we talked with Laura Reckart, a former prosecutor who worked on a different case involving an honor killing, to share her experience.

Laura Reckart had 19 years of experience as a prosecutor when she was assigned to work on the honor killing case of Noor Almaleki in 2011. Noor, a 20-year-old Iraqi girl, was killed, run down by her father, Faleh Almaleki, on October 20, 2009 in Peoria, Arizona. The brutality of this murder shook Reckart deeply.

In the case, Reckart fought to have Faleh Almaleki convicted on charges of first-degree murder. Although the jury found him guilty of murder in the second-degree, sentencing him to 34.5 years imprisonment—likely making it a life sentence for him—it felt like a defeat for Reckart. Because of this experience, Reckart has helped AHA Foundation educate supporters, law enforcement, and social service providers about how to recognize and identify honor violence and how to protect the girls facing this danger.

In 2008, two girls lost their lives to an honor killing in Texas. Their father, Yaser Said, the alleged perpetrator of these honor killings, had been on the run until he was captured by the FBI in August of this year. Upon hearing this news, we reached out to Laura Reckart to ask about her reaction, advice she had for prosecutors who are on Said’s upcoming trial, and how working on an honor killing case affected her personally.

AHA Foundation: What was your reaction to seeing that Yaser Said had been captured?

Laura Reckart: Relief that justice may finally be obtained.

AHA Foundation: When and how did you first learn about honor violence? Were you surprised to learn that honor violence takes place within families and communities in the U.S.?

Laura Reckart: I’m not sure of when I first learned of it. I was quite aware of Tina Isa’s murder—which is considered by many as the first honor killing in the USA. With the murder of Tina Isa I knew it existed in the USA, but certainly did not expect it here in the Phoenix metropolitan area.

AHA Foundation: What was the hardest part of being the prosecutor on the Noor Almaleki honor killing case?

Laura Reckart: The callousness expressed by many who lived in the community of the two victims. Many defended Almaleki’s actions in the name of “honor” and intentionally ostracized the surviving victim. 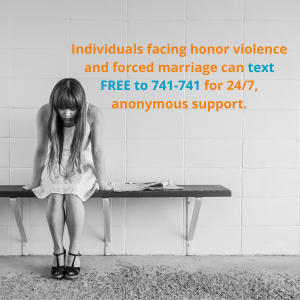 Laura Reckart: In Arizona, the sole difference between first–degree and second-degree murder is the single element of premeditation. In my opinion, the evidence of premeditation was clear given his pre-established motive for killing her, as demonstrated by his prior acts and statements that he made against Noor.

The subsequent jail calls with his wife also supported his motive. In my opinion, there was no doubt he had reflected on eliminating her prior to the actual killing. For the jury, I believe they had difficulty finding reflection given the facts and circumstances of the case and saw it more as a murder of opportunity rather than one which he premeditated/planned.

AHA Foundation: What guidance can you give to prosecutors in the trial against Yaser Said?

Laura Reckart: I am sure they already know to dig deeply into any prior acts or statements that support the defendant’s motive. Do not expect help or sympathy from the “community,” although in this case it sounds like there is support. Be aware of those jurors who are more concerned about looking “fair” rather than weighing the facts and evidence.

The difference has to do with cultural acceptance. Honor killings, along with acts of domestic violence, are acceptable in some cultures.

Laura Reckart: The difference has to do with cultural acceptance. Honor killings, along with acts of domestic violence, are acceptable in some cultures. There has been a push over the last several decades for domestic violence awareness so it is no longer acceptable. Why is it important to be aware of and understand this difference? Because the motive is entirely different.

AHA Foundation: What similarities did you see between the honor killings of Noor Almaleki and Sarah and Amina Said?

Laura Reckart: Two victims, although one survived Almaleki’s attack; second, both Noor and Amina were involved in forbidden relationships; third, both Noor and Amina were facing the possibility of arranged marriages; fourth, both fathers/parents interfered in the girls’ employment outside of the home; fifth, age similarity; sixth, both fathers fled and were aided by others (although we were unable to prove whom exactly aided Almaleki).

It is important to call [honor violence] what it is if for no other reason to increase awareness… It is also important in order to understand the motive and mindset one has in committing these crimes.

AHA Foundation: Some people say that the crime Yaser Said is alleged to have committed is murder and that it isn’t necessary to also call this crime an honor-killing. Do you agree with these opinions? Why or why not?

Laura Reckart: Although “honor killing” is not an element the State must prove for a murder conviction—nor is it an aggravating factor for sentencing enhancement purposes—it is important to call it what it is if for no other reason than to increase awareness, as I mentioned above. It is also important in order to understand the motive and mindset one has in committing these crimes.

AHA Foundation: What red flags should professionals with girls at-risk—people like police officers and social service providers—look out for to help identify acts of honor violence?

Laura Reckart: Besides the obvious signals, such as physical injuries, one needs the ability to discern between “overly protective” parents vs. the “overly controlling” parent. Be aware of the child who is not allowed to socialize with those outside of their “community.”

AHA Foundation: Laura, thank you so much for taking time out of your day to speak with us about this issue.

Laura Reckart: It was my pleasure.

• Never a Memory: A Mother Gives Voice to a Victim of Honor Killing

• What is Honor Violence?

• Our ‘Know Your Rights’ Brochure