Will Massachusetts’s Stand Against Child Marriage Spur the Rest of the Nation to Act Against this Child Abuse? 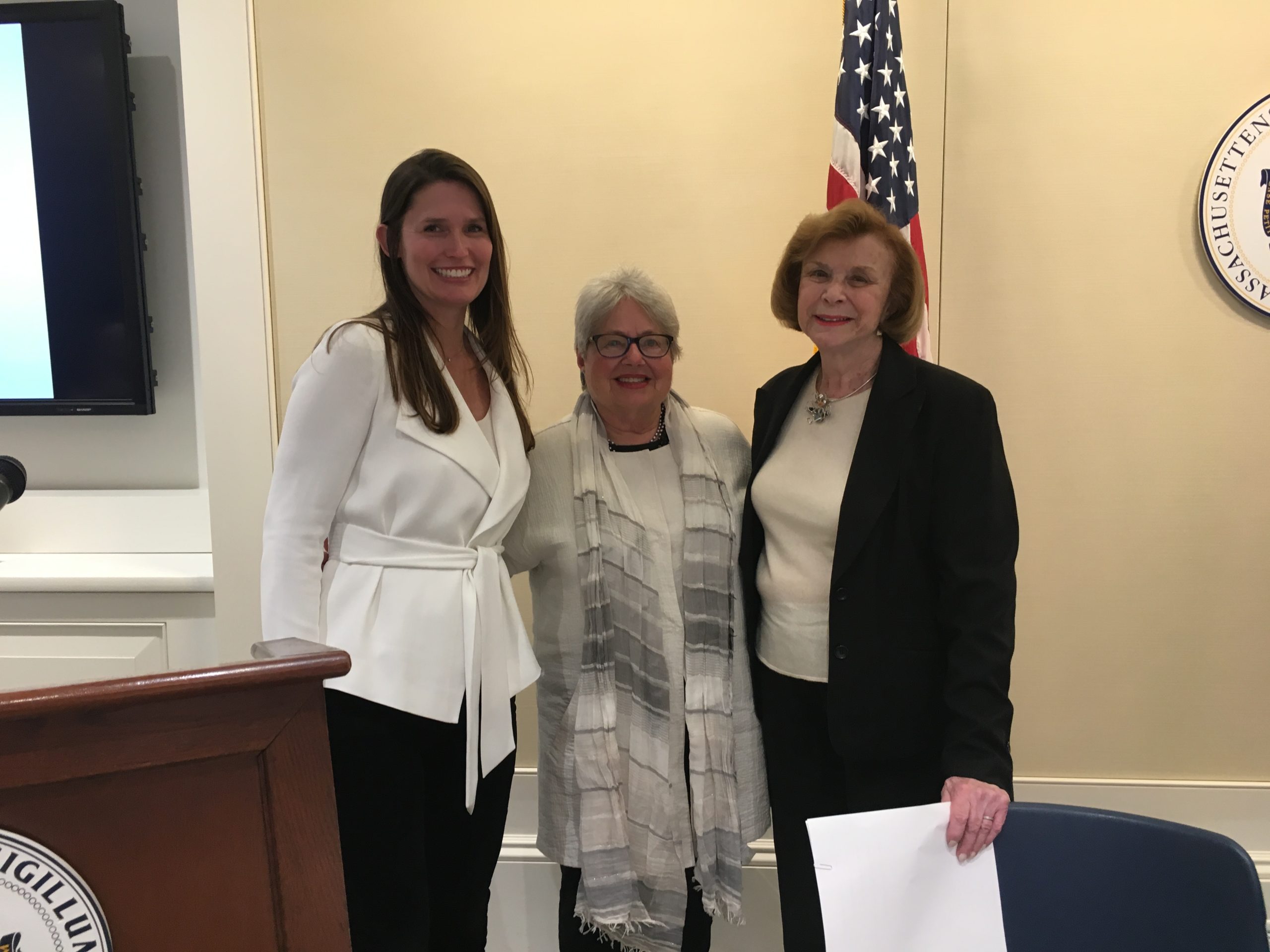 Amanda Parker (left), Rep. Kay Khan (center), and Sen. Harriette Chandler at a May 2017 press conference in support of a bill to end child marriage in Massachusetts. Both Rep. Khan and Sen. Chandler were still sponsors when the current bill passed.

On July 28, Massachusetts finally banned child marriage after years of activism from AHA Foundation and many others. Below, our Senior Director Amanda Parker reflects on this milestone achievement.

Victory at last! I cannot begin to express how much joy I feel right now. On July 28, Governor Charlie Baker signed the Massachusetts budget bill, which includes a provision totally banning child marriage in the state. 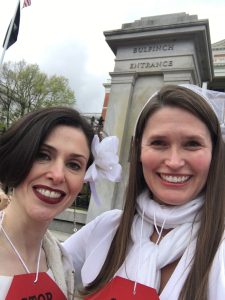 Amanda with Unchained at Last founder Fraidy Reiss at a Chain In protest against child marriage in Massachusetts, May 2017.

This victory is the culmination of SIX years of advocacy and activism from AHA Foundation and its allies in this fight, such as Unchained at Last and countless other survivors, legislators, and activists. As AHA’s Senior Director, I personally have visited Massachusetts several times over the past six years to push for legislation to end the horrific practice of child marriage, and I feel a sense of great achievement now.

After years of legislation failing to make way, the hard work of AHA and our allies has finally paid off. Above all, our supporters made this victory possible, so they can take as much pride in this triumph as I do. Thanks to them, the gruelling effort in Massachusetts is now over, and girls’ childhoods are protected.

But the fight is not yet over. Yes, it is great news that Massachusetts has become the 7th state to ban child marriage—but this means that tens of thousands of girls in 43 states are still NOT protected from this child abuse!

We have won a battle, yet the war is far from over. I hope the victory in Massachusetts will lead to more momentum to end child marriage across the nation. It is a stain on America’s soul that we must scrub out. That this appalling practice is legal in a majority of states is a betrayal of the highest American ideals: this is not what we stand for! So, even as we celebrate this victory, we must go forward to protect every girl in our nation, and I trust and hope that you will continue to stand with us as we do so.

Representative Kay Khan Responds to the momentous victory in Massachusetts

One of our key allies in Massachusetts was Representative Kay Khan, who has tirelessly fought to end child marriage in her state. We reached out to her for her thoughts on this momentous victory.

AHA Foundation: How did you feel when you heard that Governor Baker signed the bill to end child marriage in Massachusetts?

Rep. Khan: After many years, I was pleased and excited to learn that we were finally able to get this bill across the finish line.

AHA Foundation: How did the Massachusetts Coalition to End Child Marriage support you in getting this legislation passed?

Rep. Khan: The Massachusetts Coalition to End Child Marriage has been an endless source of energy and determination in bringing this piece of legislation across the finish line at every possible opportunity.

AHA Foundation: What does the passing of this bill mean to you personally? What does it mean for the girls at risk of this abuse in the Commonwealth?

Rep. Khan: As a mother of 3 and grandmother of 7, it is so important to me that they see the Commonwealth of Massachusetts take a stand for girls.

I believe [the Massachusetts victory] will send a strong message to other states that progress is being made on this issue—do not be left behind!

AHA Foundation: What message do you think or hope the passing of this bill in Massachusetts will send to other states that have not yet banned child marriage?

Rep. Khan: I believe it will send a strong message to other states that progress is being made on this issue—do not be left behind!

Rep. Khan: The response to this legislation has been overwhelmingly positive with strong bipartisan support and a total of 122 co-sponsors (out of 200 legislators total) in the House and the Senate. Many co-sponsors didn’t even realize children could be legally married in Massachusetts and were as shocked as I was to learn this practice still existed. No one in the Legislature came out in opposition to this bill. It has really been a matter of so many supporters across the Commonwealth coming together and working tirelessly to educate the members of the Legislature and making sure that the issue stayed at the forefront of their minds until it was finally passed. The other states must commit to this kind of steadfastness.

Find Out More About Child Marriage in the U.S.—And How You Can Help End It 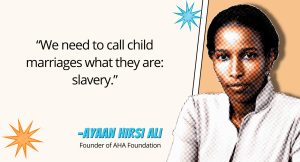