A Filmmaker Stands Up to Honor Violence: An Interview with Vibha Gulati 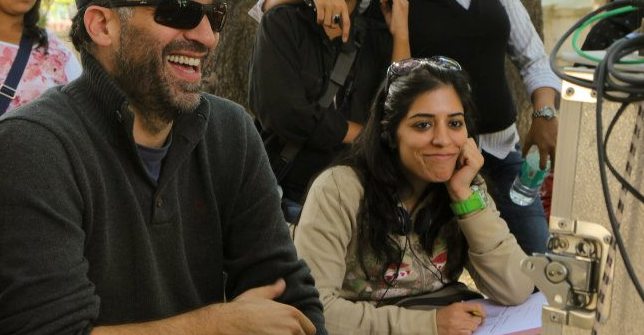 Vibha at work on set with director Danis Tanovic.

When a friend or family member is murdered in an honor killing, the question of how to stand up to honor violence is not one to be taken lightly. While many may want to speak out, taking action often comes with tremendous risk. For filmmaker Vibha Gulati though, the choice was clear: speak out through film, in spite of the dangers doing so posed. This past month, the AHA Foundation had the pleasure of speaking with Ms. Gulati about her upcoming film Forbidden, and what it has taught her about honor violence.

AHA: Tell us a little more about the story of the film.

Vibha: Forbidden is a short dramatic thriller that follows a Sikh woman named Jasleen, who is running away with her Muslim lover, Fahwaz. Jasleen’s culture and religious parents want her to marry within the Sikh community, and are shocked when she suddenly disappears. After Jasleen and Fahwaz elope, they think they’ve found happiness—but Jasleen’s family tracks the couple down and commits horrific acts in defense of their family honor.

AHA: What inspired you to make this film?

Vibha: Forbidden is inspired by the true story of my friend Harpreet, who was brutally murdered for falling in love with someone of whom her family did not approve. This work is my tribute to this amazing woman who had the courage and the conviction to follow her heart and stand up to her family.

Women from first world countries also face this societal evil, which is growing at an alarming rate.

AHA: What has most surprised you in making and researching this film?

Vibha: Earlier, I was under the misconception that only women who belonged to lower socio-economic backgrounds in developing countries were the victims of honor violence. However, after extensive research, I learned I was wrong. Women from first world countries also face this societal evil, which is growing at an alarming rate. Moreover, sadly, one can belong to any religion, nationality, socio-economic status, and/or education level and still be a victim of this atrocity at the hands of their own family members.

AHA: What was the response from your friends and family when you told them you wanted to make this film?

Vibha: Initially, both my family and friends were quite supportive of the fact I wanted to write and direct a film about this heinous crime. However, when I began facing opposition from particular religious and ethnic groups, they tried to dissuade me from making a film that would cause controversy. But I refused to give up. I knew when I took up this subject I was bound to face obstacles both as a filmmaker and a woman of color. Challenges are what strengthens one’s resolve, one’s character, and one’s spirit!

…one should begin advocacy in any capacity he/she can.

AHA: What do you hope this film will achieve?

Vibha: The mission of Forbidden is to create awareness about the abundance and severity of honor violence in the West. I hope to begin a dialogue with various religious and ethnic groups where we can discuss why such acts are being committed and what we can do to eradicate this evil practice. Moreover, I also seek to mobilize a critical mass of individuals that will petition the legal system to take action against criminals who commit heinous crimes against women in the name of family honor.

AHA: What would you say to someone who wants to get involved in the movement to end honor violence?

Vibha: I would say one should begin advocacy in any capacity he/she can. Whether it is through social media, petitions, protests, or supporting women’s rights activists and artists working hard to create awareness and a social change through their speeches, panels, workshops, exhibitions, theater, and film screenings.

AHA: In your opinion, what are the best ways to stop honor violence? 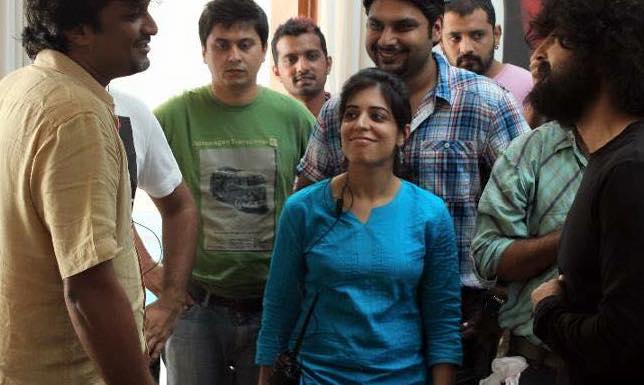 Vibha: We need to mobilize ourselves and support women through advocacy, education, and providing them with tools of empowerment. This will give them more confidence and awareness about their rights and educate them about the laws for their protection, as well as possible solutions and plans of action. Other things that should be considered are creating mental health facilities, help centers, and hotlines, such as the one recently launched by the AHA Foundation, for young women facing danger from their own families. And lastly police sensitivity training and education should be implemented in order to handle such delicate cases.

Vibha and her film crew are currently raising funds needed to start production of the film. You can learn more about Forbidden by visiting http://www.forbiddenthefilm.com.

Honor Violence on Film: A Different Type of Activism

To add your voice to the movement against honor violence: