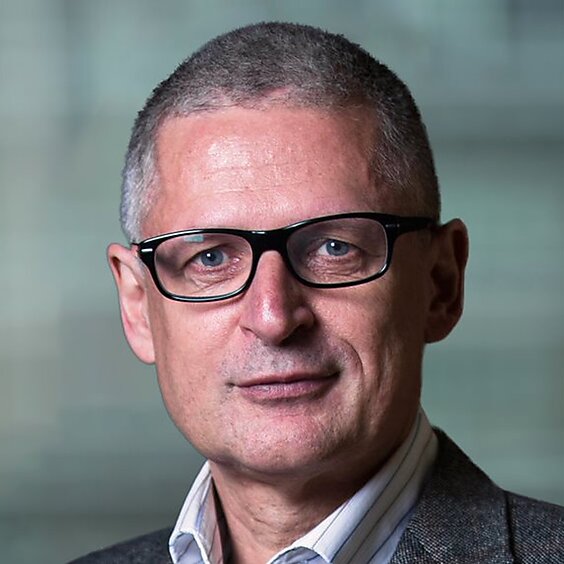 Flemming Rose, now a senior fellow at the CATO Institute, is a former journalist and staunch defender of free speech.

Since 2005, when he published several controversial cartoons depicting the prophet Muhammad, Rose has been on the receiving end of international criticism and threats against his life. Still, he is a steadfast defender of free speech and his decision to publish those cartoons.

With one decision in 2005, Flemming Rose became an international lightning rod of criticism. Then the culture editor of the Danish newspaper, Jyllands-Posten, Rose was responsible for the publishing of 12 controversial cartoons depicting the prophet Muhammad. Even though he knew that the cartoons could be seen as offensive, and that drawing the prophet is often banned and frowned upon by certain sects of the Muslim religion, he stood by his decision.

You may not agree with him and some may take offense to it, but no matter the backlash, Rose thought it was worse to exercise self-censorship than to publish those cartoons. Since then, he has been labeled a bigot, had threats made against his life and has seen numerous attempts to “cancel” him. Despite all this, Rose has made clear—this debate was and still is an issue of free speech.

In an interview with AHA Foundation, he described what influenced his beliefs on free speech as well as the state of and threats to freedom of speech in democratic societies today.

AHA Foundation: Your most prevalent defense for freedom of speech came after you published cartoons depicting Muhammad back in 2005. When in your life did you begin to feel so passionate about defending freedom of speech and why?

Flemming Rose: As an expert on the Soviet Union and a student of Russian literature and language, I worked for nine years at the Danish Refugee Council as a translator and language teacher. Through that work, I got in touch with dissidents and writers in exile. They had all lived with and learned to navigate a world full of censorship and self-censorship. It was the interactions with these people that taught me the importance of free speech and the crippling effects of censorship on society.

Flemming Rose: Good question. Since 2006 when I wrote that op-ed, much has changed. Back then the digital platforms were in their infancy. Today, anybody with a smartphone enjoys the opportunity of communicating their thoughts and ideas to billions of people. That’s huge progress for free speech and providing people with a voice.

At the same time, we have never seen so much regulation of speech. The overall trend, however, is in favor of more restrictions on speech. It means that free speech is in decline, not only in countries such as China, Turkey, and Russia, but also in liberal democracies in the West, including the U.S.

We are not born tolerant. Tolerance is something we have to learn through practice. It can be quite painful.

AHA Foundation: What is driving this decline of free speech in today’s democracies?

Flemming Rose: There are many reasons for this, but on the cultural level, I would point to a much broader definition of harm and demand for psychological and mental safety. These new definitions and demands have narrowed the parameters of what can be said. To me, the fundamental values of the West are individual liberty, religious and political freedom, and tolerance. The most important minority in a democracy is the individual.

It is individuals that enjoy rights, not groups, cultures, religions, or certain versions of history. In order to roll back the tide against freedom, we need courage and a rehabilitation of the concept of tolerance as the ability to live with speech that we hate without resorting to bans, intimidation, threats, and violence in order to silence it. This is a battle that every generation has to fight.

Free speech is under threat because human beings have a powerful impulse to silence speech they don’t like. In this sense, free speech is a question of culture and education. We are not born tolerant. Tolerance is something we have to learn through practice. It can be quite painful.

AHA Foundation: In America, we are seeing freedom of speech under attack, but we also have freedom of speech protected in our Constitution and laws which are unique compared to every other country. Do you think having these broader protections is important? Do you feel like European nations should try and build greater protection of free speech into their laws?

Flemming Rose: Free speech is also a priority in the laws of European nations. The right to freedom of expression is stipulated in the constitutions of all European countries. However, the right to free speech is restricted through legislation- the criminalization of hate speech, blasphemy, glorification of terrorism, and other kinds of so-called insults. The result is that most European countries criminalize words to a higher degree than the U.S.

I think Europe should take a lesson from the founding principles of the U.S. First Amendment. I.e. viewpoint neutrality—you cannot ban speech exclusively based on its content—and the emergency principle—there needs to be a clear and present danger of causing harm in order to criminalize speech.

AHA Foundation: Did you ever feel like people were trying to ‘cancel” you for your work? How did you combat that if so?

Flemming Rose: I did. My former employer, the Danish newspaper Jyllands-Posten, tried to silence me and forbade me from speaking publicly about the Muhammad cartoons and free speech. In the end, I decided to leave the paper in 2015.

The best way to fight hateful opinions is not through bans but through an open and free exchange of ideas.

I have been deplatformed several times, not only because of my opinions on free speech but also because I have been on the death list of Islamic terrorist organizations, so people are concerned about their own safety if they give me a platform.

AHA Foundation: Where do you think your opinions on freedom of speech overlap with our founder, Ayaan Hirsi Ali?

Flemming Rose: I am a great admirer of Ayaan, whose courage and eloquence are an inspiration for all advocates of freedom and equality. In the context of Europe, I guess that we agree that Europe needs to get rid of hate speech laws and blasphemy laws. The best way to fight hateful opinions is not through bans but through an open and free exchange of ideas. As a citizen, I would like to know who holds those opinions instead of pushing them underground.

AHA Foundation: You’re now a Senior Fellow at the CATO institute. What does most of your work involve there now and what do you want to work on in the future?

AHA Foundation: So often people say that “hate speech” should not be allowed, and that banning it does not infringe on people’s right to free expression. What do you think about this, and should “hate speech” be allowed?

Flemming Rose: I am against criminalizing hate speech. Not because I welcome hateful speech, but because this isn’t the best way to counter it. Also, there is no clear-cut definition of hate speech. As the saying goes: One man’s hate speech, is another man’s poetry. This means that hate speech laws quite often are used to criminalize unpopular speech and opinions.

Hate speech laws are very popular among autocrats and they use them to silence dissent and people challenging their power. Also, the definition of hate speech reflects the social and cultural norms of the dominating elites in society, which means that they, in a multicultural and diverse society, tend to impose their norms on minorities.

AHA Foundation: You said that your decision to publish the Muhammad cartoons brought awareness about self-censorship to the forefront of people’s minds. Why should we fight the urge to self-censor when speaking about taboo topics?

Flemming Rose: I think there is an important distinction to be drawn between self-censorship and good manners or etiquette. I try to be polite when I interact with other people, and when I dine at a restaurant I use my knife and fork instead of my fingers. Self-censorship is different. It means that I would like to say something but I refrain from doing so because I am afraid of saying it because of what might happen to me, my family, and my friends.

More On Freedom of Speech:

If we prefer a free society, then we have to overcome our fears. I find it important that we welcome dissent, that we create an atmosphere in which we welcome people to air their opinions in spite of the fact that they might be unpopular and controversial.

Self-censorship is difficult to identify because it is invisible. People need to be honest about their motives for self-censoring in order for society to know that it is going on. It’s not honorable to self-censor due to fear, so most people invent more honorable explanations for their self-censorship, which makes it difficult to have an honest debate about it.

So, in order to fight self-censorship, we need to be honest about it. Self-censorship is driven by a fear of various consequences—physical, social, professional, and many other repercussions. We need courage, we need to make up our mind whether we would like to live in a free or fearful society.