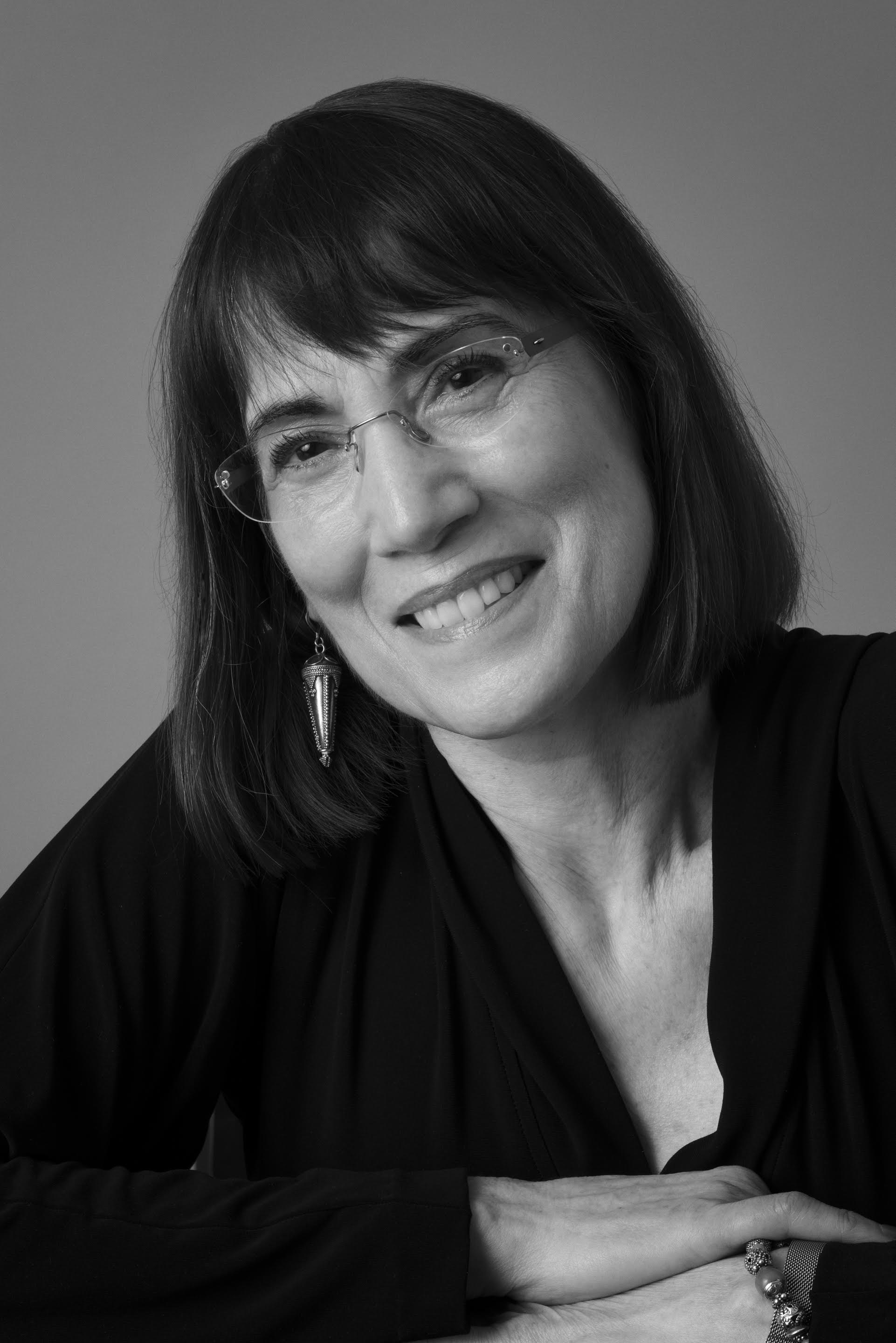 Joanna Vergoth, American psychotherapist, who has advocated against FGM for over 15 years

The AHA Foundation had the pleasure to sit down with Joanna Vergoth recently to ask her about what she is doing to stop FGM/C in the United States and the inspiring work she does with survivors. Ms. Vergoth, a psychotherapist, has been a committed activist against FGM/C for over 15 years. She is also the founder of forma, a non-profit organization dedicated to providing culturally-sensitive clinical services to women affected by FGM/C and also offering psychoeducational outreach, advocacy and awareness training to hospitals, social service agencies, universities and the community at large. Her passion for ending FGM/C is apparent the second you meet her and her insight on the practice is invaluable.

AHA Foundation: Can you describe the first time you heard about FGM/C and what was your reaction?

Joanna Vergoth: It was in December of 1998 on my first trip to Cairo. I was reading one of the several English newspapers at the time, and on the front page was an article about FGM/C statistics. I didn’t know what FGM/C was and was shocked at the idea that such a ritual – an assault on the feminine – could even be imagined, let alone carried out on 97% of the female population in Egypt. This reality shattered me to my core and I vowed on that day that when I could, I would dedicate my time and energy to helping survivors who had problems. At the time there seemed to be very few people in the US who were aware of this practice and so I spent a lot of time researching it and trying to learn as much as I could regarding the what/where/why questions. I went back to Egypt about four more times and on one of those times, interned at the American University in Cairo, researching more about the practice so that I could understand it better for myself.

AHA Foundation: When did you begin therapy work with FGM/C survivors?

Joanna Vergoth: Four years ago. I closed my private practice and began focusing on developing forma, which is the non-profit organization in Chicago I created to provide mental health care for survivors. There are existing organizations dedicated to stopping the practice, and I fully support each and every one of them, but my primary interest was always focused on the survivors.

AHA Foundation: What have you learned from some of the patients you work with that are survivors of FGM/C?

Joanna Vergoth: The survivors are my heroines. As Dr. Faith Mwangi-Powell, the Global Director of The Girl Generation says, “they are champions” and indeed they are. They have survived an excruciatingly brutal practice and, by speaking out against FGM/C, they have risked outrage or worse from their own communities.

Sometimes – as hard as it might be to believe – FGM/C was not the worst experience they have had. Some have received death threats and have had to relocate. Others have endured rape, forced marriage, wars, and separation from family.

By offering psychoeducational outreach, advocacy, and awareness training I see myself, a white western woman, as a liaison between the affected communities and the thresholds they have to navigate: schools, hospitals, clinics, social service agencies, government organizations.

FGM/C is a culturally-sanctioned trauma, which is different than other forms of trauma.

AHA Foundation: If you were advising other therapists how to help girls who have undergone FGM/C, how would you advise them to approach the issue?

Joanna Vergoth: FGM/C is a culturally-sanctioned trauma, which is different than other forms of trauma, and it is important for therapists to understand how cultural roots of the practice affect the way the trauma impacts a survivor and how they can help the survivor confront that issue. If you can’t attend a presentation on FGM/C, take an online class (like the AHA Foundation offers) to familiarize yourself with the practice and this issue.

It is important to remember that children don’t truly understand what is going to happen to them. They may be bullied, guilted, or captured by surprise and forced into submission. Often, they don’t fully understand the consequences until years later when they have the capacity to realize and reflect on what has been done to them and what has been taken from them.

Older girls may seek to have this done because peer pressure is so great that for some, not having FGM/C seems worse than having it done. It is critical to also remember that everyone’s story and experience will be different and to let each girl disclose at her own pace.

Joanna Vergoth: A traumatic event is defined as direct exposure or indirect exposure (such as witnessing a sister undergo FGM/C) to actual or threatened death, serious physical or psychological injury, or sexual violence. FGM/C can have lifelong consequences. Many women who have experienced FGM/C may suffer not only from complicated medical consequences, but also from serious psychological distress and psycho-sexual difficulties.

Post-traumatic stress is traumatic stress that doesn’t end and results in a prolonged state of negative tension due to the overactivation of stress hormones causing increased heart rate and blood pressure, restricted flow of blood to the genitals and digestive systems – in effect making it hard to process information, eat, sleep, be sexually aroused, or even salivate. Neural networks get stuck in paths related to processing and encoding fear, thereby contributing to long-term mental effects such as intrusive traumatic flashbacks, chronic irritability, anxiety, and self-harming behaviors. Others can become depressed and experience emotional numbing and avoidance.

Despite these mental health consequences, many women may resist access to counseling since complications of FGM/C are often diminished, normalized, or attributed to other causes and rarely discussed outside of the family. Creating a campaign to destigmatize counseling would help dismantle negative attitudes about mental health that prevent women from seeking support.

Creating a campaign to destigmatize counseling would help dismantle negative attitudes about mental health that prevent women from seeking support.

AHA Foundation: You are a big advocate for using body awareness training to overcome trauma to the body. Could you speak a bit on what this is and how it is helpful for FGM/C survivors?

Joanna Vergoth: Although a person may not be able to exactly recall their traumatic experience—their body does remember and those memories can be activated by a “trigger”—an image, a feeling on the skin, a sight, or a familiar smell—which reactivates the trauma response.

For this reason, it is important for clients to become aware of their own nervous system reactions by teaching them mindfulness practices. By learning to be quiet and present (using well-established breathing and meditation techniques) clients learn how to anticipate and modulate their reactions and feel in control of their bodies. From this calm-centered space, clients can begin to contain (hold the tension they feel) and begin to process disturbing thoughts and feelings, rather than remain anxious and overwhelmed by them. Such a practice can help a client establish a “dual awareness” (Rothschild 2000) by remaining grounded in the present while visiting the site in memory, without needing to relive the trauma on an emotional level.

Actually, just moving – rhythmic, repetitive motion, such as the dancing and drumming familiar in many cultural and religious practices – helps regulate emotion by mimicking movement in the womb.

Although a person may not be able to exactly recall their traumatic experience—their body does remember.

AHA Foundation: Why do you believe it is so important for men to be involved in fighting FGM/C?

Joanna Vergoth: FGM/C is a misogynistic ritual and men need to acknowledge this in order to coordinate efforts with women to help eliminate the practice. The women cutters, who have internalized the patriarchy, hold power and prestige within their communities. As they proceed to carve women into women from “supposed men’s parts” (the clitoris thought of as a male part), they execute the patriarchal mandates to subjugate women and diminish their pleasure. Fathers, brothers, husbands, and sons must become involved and add their voices (from micro to macro levels) and campaign to abandon this practice. Can you imagine any man tolerating a practice that removed most or all of his penis?

AHA Foundation: How can we get men involved in the fight to end FGM/C in the U.S.?

Joanna Vergoth: It’s important to solicit young men from immigrant communities who are against this practice and support them in becoming spokesmen to raise awareness and begin conversations within their communities. It is always more powerful for a person from the community to take the lead on conversations against this practice. Perhaps creating incentives – such as internships or projects for credit that focus on community outreach – may help galvanize international students studying in the U.S. (ideally from FGM/C practicing countries) to become involved. An added benefit would be the ripple effect of such activism also reaching home communities in Africa.  Ideally, once younger men’s voices are heard, older men can be inspired to speak out themselves.

Ideally, once younger men’s voices are heard, older men can be inspired to speak out themselves.

AHA Foundation: What is one thing that our readers could do today to help end FGM/C in the U.S.?

Joanna Vergoth: Silence perpetuates the practice. Break the taboo of silence. Talk about this anywhere and everywhere!

AHA Foundation: What books and resources do you recommend to therapists who would like to learn more about FGM/C?

Joanna Vergoth: I have been most inspired, both in print and in person, by Efua Dorkenoo, who worked tirelessly for over 30 years and changed the course of history through her many accomplishments to bring awareness of and an end to FGM/C. She created the genesis of the global movement to end FGM/C.  Her book Cutting the Rose: Female Genital Mutilation: The Practice & Its Prevention is a must read.

Prisoners of Ritual: An Odyssey Into Female Genital Circumcision in Africa (1989)

by Alice Walker and Pratibha Parmar

Caring for Women with Circumcision: A Technical Manual for Health Care Providers (1999)

Bodily Integrity and the Politics of Circumcision: Culture, Controversy, and Change (2006)