This month, we share with you five common misconceptions about FGM, and ways that you can help end the practice. 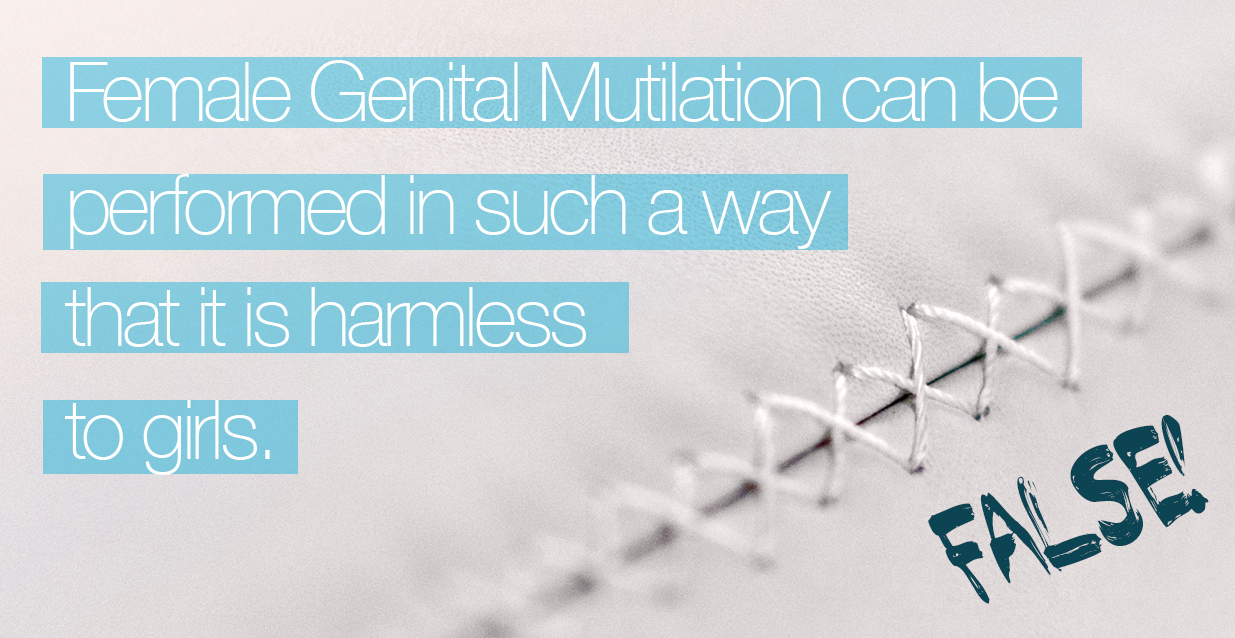 Female Genital Mutilation or “FGM” can pose a serious health risk including severe bleeding and problems urinating, and later cysts, infections, complications in childbirth and increased risk of newborn deaths. There are also mental health problems associated with FGM.

Earlier this month, the World Health Organization (WHO) released the first ever guideline to help health workers treat women and girls suffering from the mental and physical trauma of FGM. WHO makes it clear that FGM is a human rights violation and must not be performed in any form, not even by a health-care provider. 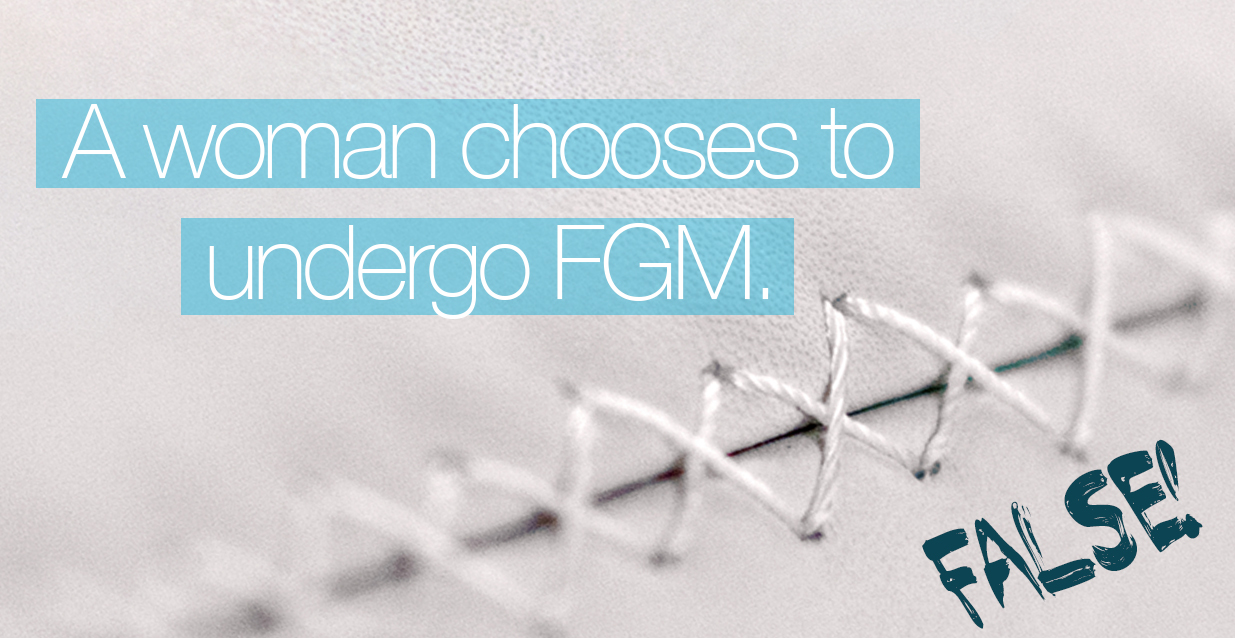 FGM is typically performed on very young girls, from infancy to age 15. The girls often do not understand what has happened to them until they are much older.

Listen to this story on NPR’s “This American Life” about a woman who survived FGM and read more stories about brave women who underwent FGM and are fighting against the practice. 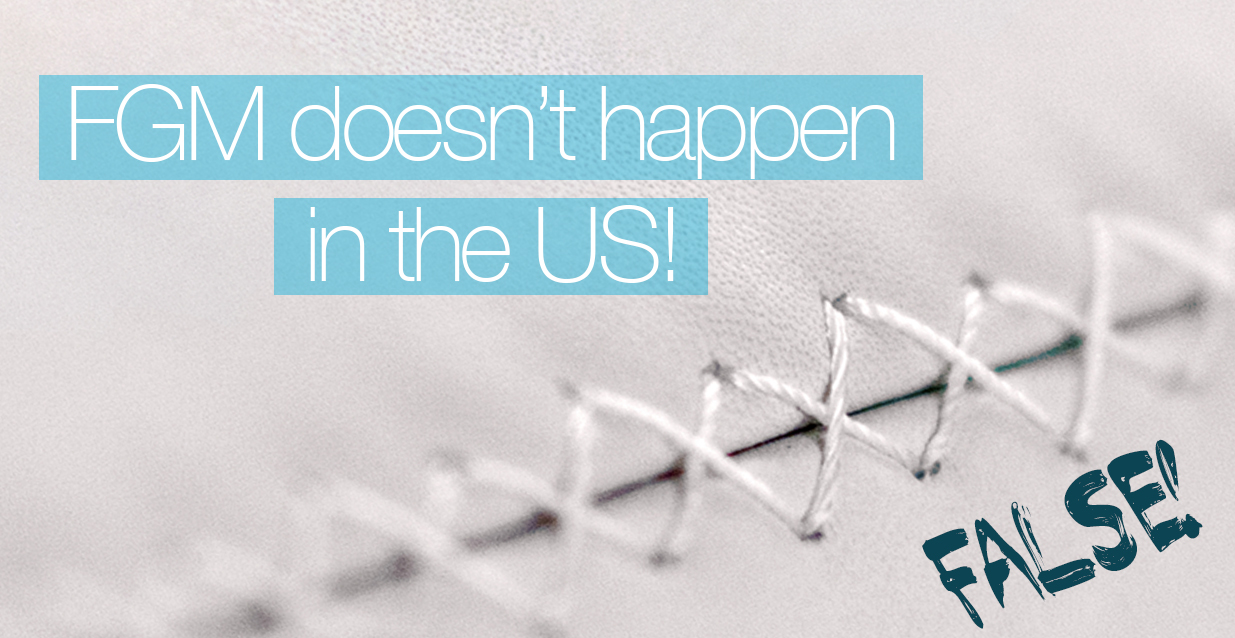 Even though there are federal laws banning FGM including “vacation cutting,” where families take a girl to their native country to undergo FGM, more than 500,000 women and girls are dealing with the consequences or are at risk of undergoing FGM.

Last year, the Centers for Disease Control (CDC) issued a report about the staggering number of women and girls in the US who are at risk of FGM.

Religion and culture are often used as justification for harmful traditional practices. It is one thing to respect other cultures and religions and another thing to prevent practices that violate the human rights of women and girls in the US. Speaking up against harmful practices can be done in a way that respects voices from other cultures and promotes dialogue, while still advocating for fundamental human rights. 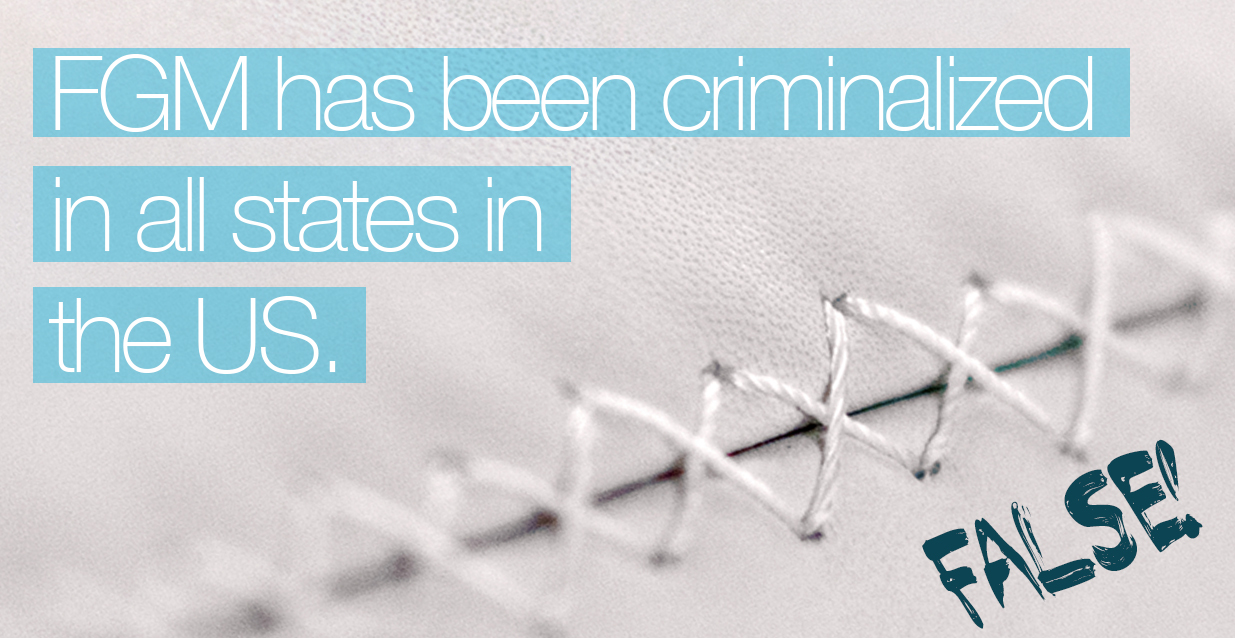 26 states in the US do not have laws criminalizing FGM.

Find out if your state is sitting this fight out. Take action and bring change.

If you don’t know where to start, follow the lead of individuals from within communities where FGM occurs who want to end the practice, and work to amplify their voices.